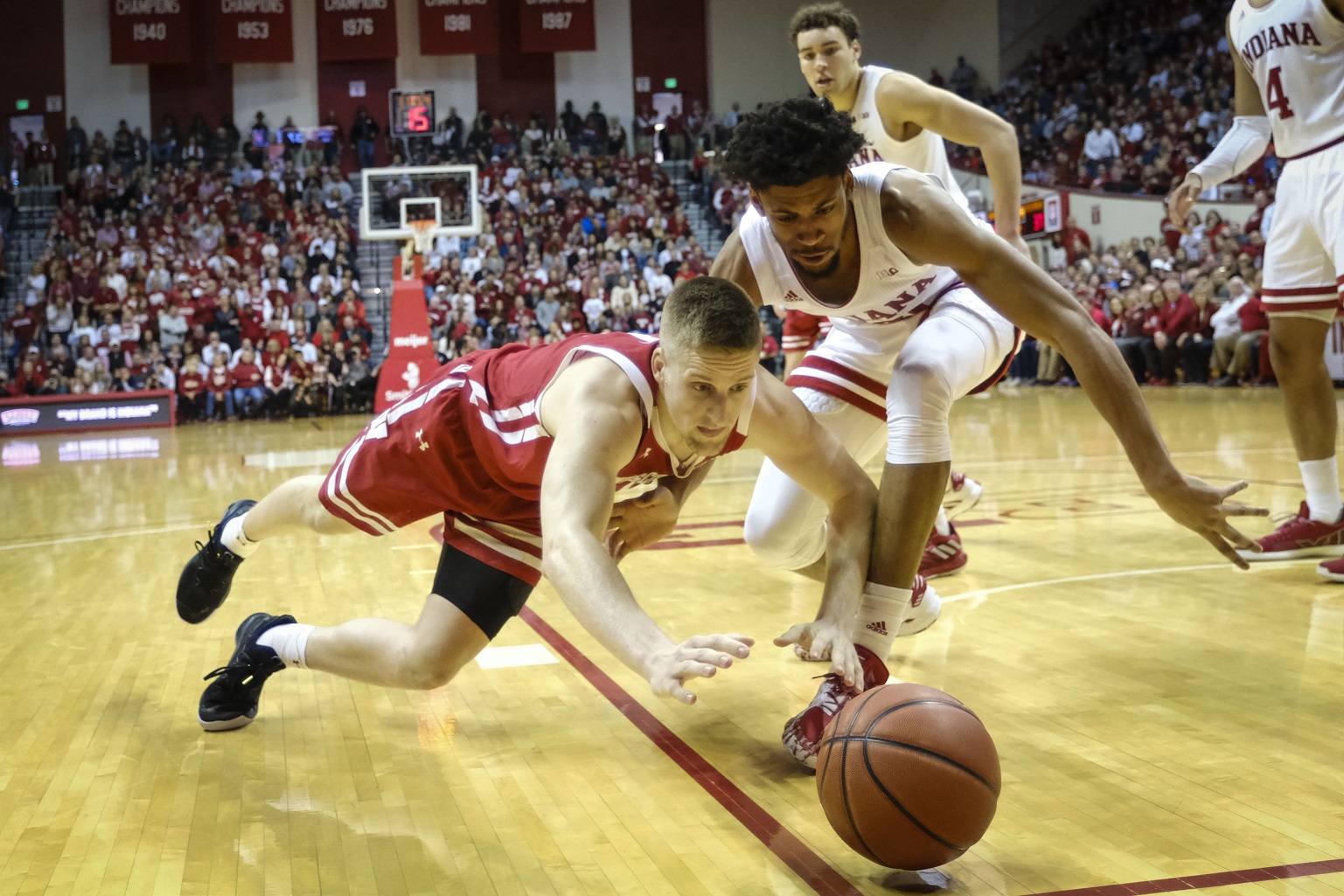 Badgers root to share Big 10 title to get No. 1 seed, will play Friday against either Michigan or Rutgers

Badgers root to share Big 10 title to get No. 1 seed, will play Friday against either Michigan or Rutgers

It meant a three-way share of the regular season title, but the University of Wisconsin men’s basketball team went into Sunday rooting for Maryland and Michigan State.

Wins by both gave the 24th-ranked Badgers a share the Big Ten regular-season conference title, but also gave Wisconsin the No. 1 seed in the Big 10 tournament, which might be just a little more important.

The conference tourney will be played March 11-15 at Bankers Life Fieldhouse in Indianapolis. The Badgers will play at noon Friday against either No. 25 Michigan or Rutgers.

Based on head-to-head matchups, the Badgers got the top seed because they beat No. 9 Maryland and split with the 16th-ranked Spartans, going 2-1 overall. Michigan State was 2-2 against Wisconsin and Maryland, while the Terrapins were 1-2.