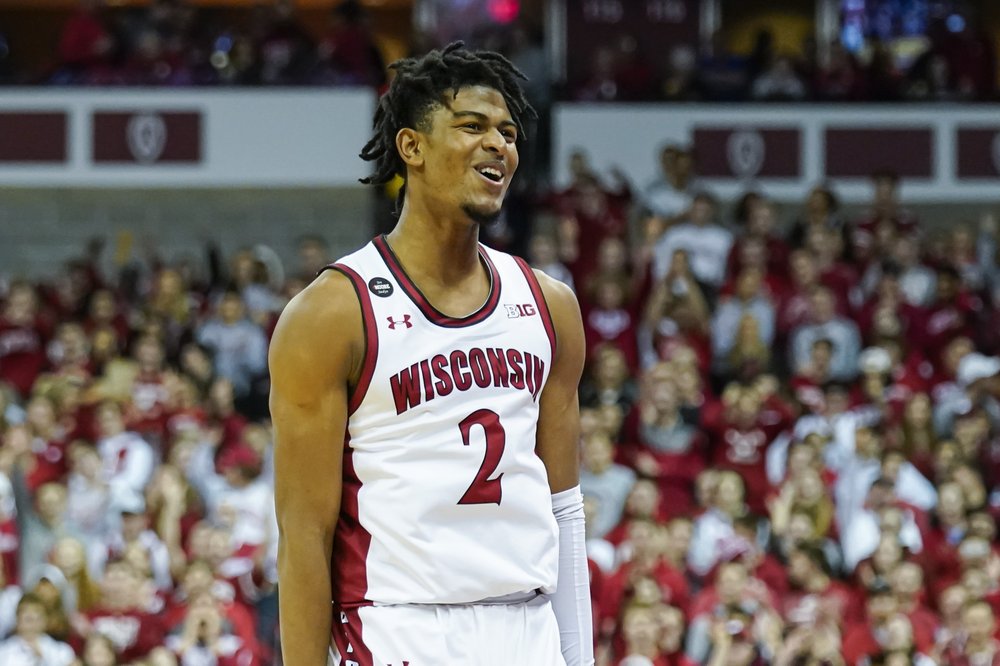 MADISON, Wisc. (AP) — Wisconsin built its lead over Purdue behind the 3-point arc. The Badgers secured the win at the free throw line.

Aleem Ford scored a career-high 19 points on Wednesday and the Badgers hit eight straight free throws with less than 30 seconds left to hold off a late charge from Purdue and win 69-65.

It marked Wisconsin’s fourth win in five games since Kobe King, who had been the team’s leading scorer in conference play, officially announced he was leaving the program.

Wisconsin coach Greg Gard said the run has been marked by different guys stepping up. Brad Davison scored his own career-high with 30 points in a win Saturday on the road against Nebraska, while Ford had just three points that game.

“Up and down the lineup we’ve had some great contributions. They don’t care who does it so long as our team has success,” Gard said. “I like the togetherness. That’s the thing that’s allowed us to surge here a little bit.”

Wisconsin (16-10, 9-6 Big Ten) built a lead in the second half with strong shooting behind the 3-point arc, hitting 11 of its first 23. When Ford knocked down his final 3-point midway through the period, the Badgers were up 51-38, and Noel Eastern’s foul on the next Purdue possession put Wisconsin into the bonus.

But Wisconsin then missed seven of its next eight 3-point attempts. When Eastern converted a three-point play with 2:34 left, Purdue had trimmed Wisconsin’s lead to 59-56.

Later trailing 61-59, Sasha Stefanovic had two 3-point attempts with less than a minute left that would’ve given the Boilermakers the lead. But both came up empty, and Davison and Brevin Pritzl each hit all four of their ensuing free throw attempts to seal the win.

Davison and Pritzl each scored 13 for the Badgers and Nate Reuvers added 12. The Badgers finished 19 of 20 from the foul line for the game to overcome 38% shooting (19 of 50) from the field.

“When you step up for a free throw, you’ve got to step up with confidence,” Pritzl said. “You can’t be doubting yourself.”

Purdue outrebounded Wisconsin 37-30 and its 19-12 edge in second-chance points helped offset another mediocre shooting performance on the road.

Still, Purdue coach Matt Painter said it was several late offensive boards that Wisconsin grabbed that helped make the difference down the stretch. Wisconsin didn’t cash in on each one, but it took more time off the clock.

“Sometimes it’s not pretty. It’s just scrapping to get that basketball,” Painter said.

Purdue has been a different team away from Mackey Arena this season. Averaging nearly 78 points a game at home and shooting 48%, the Boilermakers score less than 60 points on the road while shooting 38%, the same mark they shot on Tuesday. Still, Painter said this loss was different. They were blown out by 16 at Ohio State on Saturday and by 12 at Penn State Feb. 11.

“We’re probably the most excited team in the country to be down 3 on the road at halftime,” Painter said.

Purdue: The Boilermakers have struggled on the road this season, but had won two of their last four coming in. They missed a golden opportunity to pick up a quality road win.

Wisconsin: When King left the program, it looked like the program could be headed for a rough stretch. Instead, the Badgers find themselves in the upper echelon of the conference with five regular season games to go.

UP NEXT
Purdue: Hosts Michigan on Saturday.
Wisconsin: Hosts Rutgers on Sunday.

TOP PHOTO: Wisconsin’s Aleem Ford (2) reacts after hitting a 3-point basket against Purdue during the second half of an NCAA college basketball game Tuesday, Feb. 18, 2020, in Madison, Wis. Ford had a game-high 19 points in Wiscoinsin’s 69-65 win. (AP Photo/Andy Manis)

0
0   0
previous If at first: Ryan Braun back at 1B for OF-heavy Brewers
next Column: Cheating Astros just don’t seem to get it
Related Posts