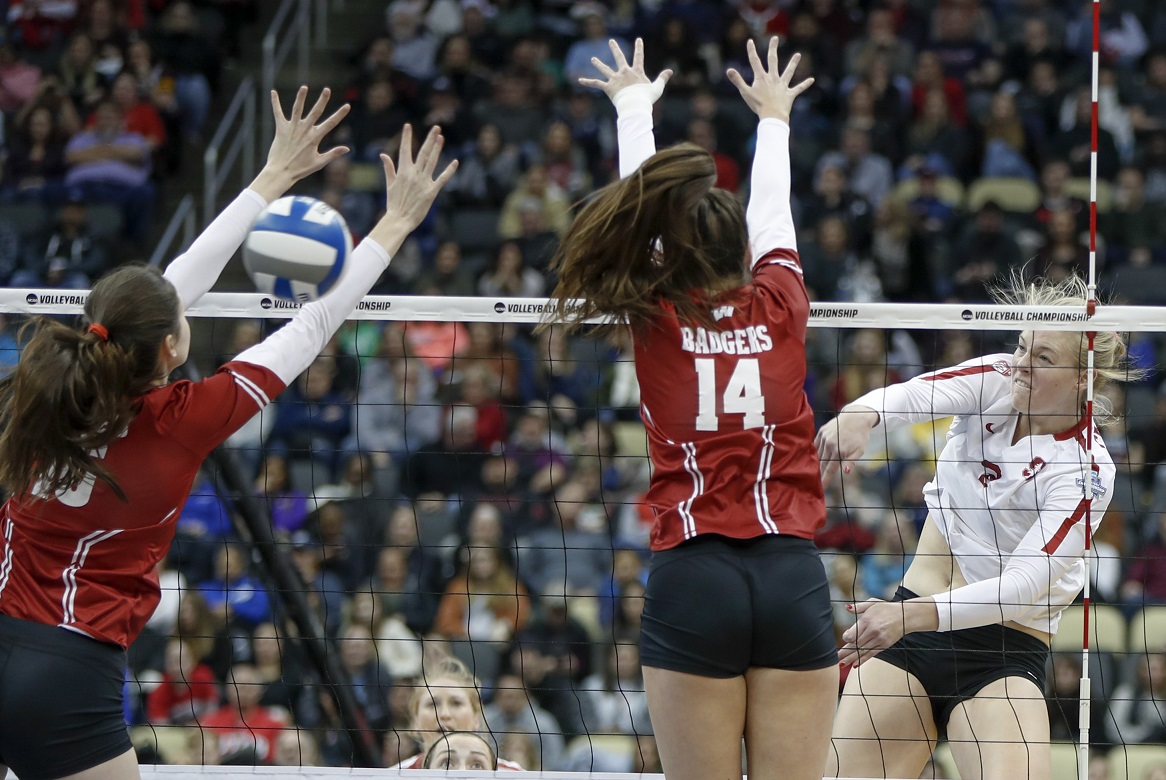 PITTSBURGH — In case you missed it over the weekend, the University of Wisconsin volleyball team was playing for a National Championship.

The senior-laden Stanford squad was led Saturday by Kathryn Plummer’s 22 kills. The two-time player of the year had a .459 hitting percentage, 10 digs and three blocks.

Plummer was especially lethal when the Cardinal were forced to scramble, coming up with out-of-nowhere attacks that left the Badgers reeling and even her teammates impressed with her ability to raise her game on the biggest stage.

“My jaw will drop,” Stanford setter Jenna Gray said. “There was a couple times where I couldn’t even celebrate because I was so caught off guard. It’s just like, ‘She really just did that?’

Stanford never trailed in the first two sets. In the third, the Badgers had three leads and were tied at 19 before Plummer and Madeleine Gates scored five consecutive points to all but end it.

Plummer’s dominance was only half the story for Stanford. Many of her kills came after amazing digs from the back. Libero Morgan Hentz had 17 digs and Meghan McClure had 13. Stanford held Wisconsin to a .152 hitting percentage.

“There hasn’t been anybody that’s done that to us all year,” Wisconsin coach Kelly Sheffield. “We’re really a good team and they just plowed right through us.”

The Cardinal completed the tournament by winning all but two sets over six matches. Under third-year coach Kevin Hambly, Stanford has gone 16-1 in NCAA Tournament matches.

“They’ll go down as one of the great classes of all time,” Sheffield said.

Molly Haggerty had 10 kills and Dana Rettke had seven for the Badgers. Wisconsin will return both top attackers and five of seven starters from their runner-up squad in 2020. Unlike the experienced Cardinal, the Badgers have not been to the NCAA finals or semifinals since 2013.

“It’s going to drive us every day,” Sydney Hilley said. “We’re not going to forget this feeling for a long time.”