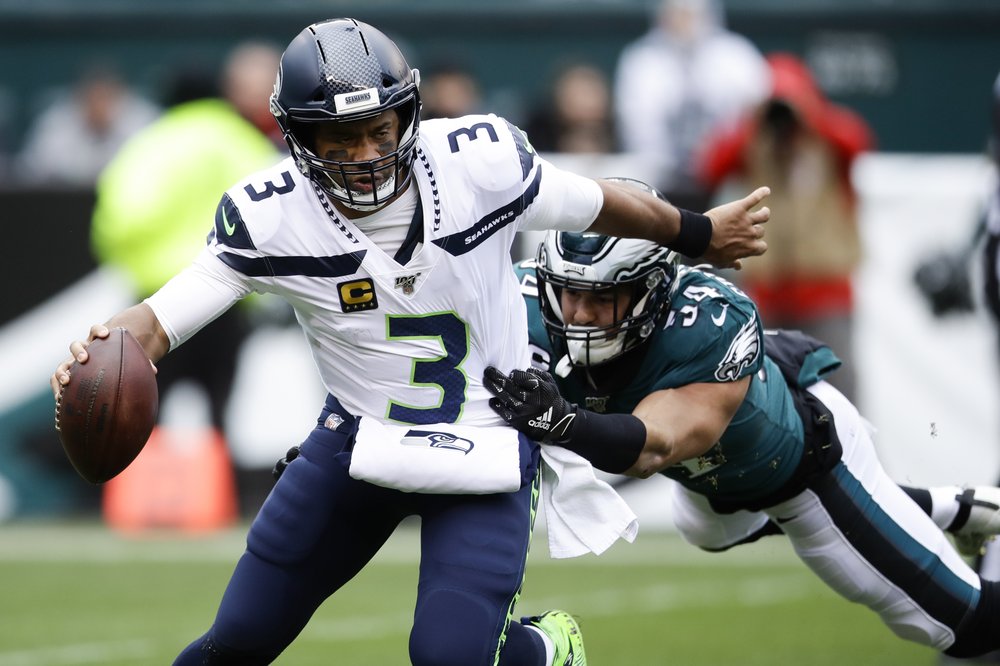 SEATTLE (AP) — When Russell Wilson made the decision to transfer to Wisconsin for his final college season, he became connected with Kirk Cousins.

It started that season when Wilson’s Badgers and Cousins’ Michigan State squad played a pair of memorable games, including a Big Ten championship game won by Wilson. It continued that offseason as the pair ended up working out together at the same facility to get ready for the NFL draft.

And now in their eighth NFL seasons, they are again connected because of the success of their teams and their individual performances as two of the best quarterbacks in the league this year.

“I’ve spent a lot of one-on-one time with him just talking about life and everything else. It’s been cool just getting to know him,” Wilson said of Cousins. “Like I said, he’s a great football player. He’s a great competitor.”

Amid possibly the best seasons of their careers, Wilson and Cousins will reunite on Monday night when the Seahawks host the Vikings in a key matchup for the NFC playoff picture. Last year when the teams met in December in Seattle, it was wild-card positioning at stake, and Wilson got the better of Cousins on a night neither were that great.

This time, it’s the division title races of concern to both. Seattle (9-2) is on the heels of San Francisco in the NFC West. Minnesota (8-3) is locked up with Green Bay in the NFC North but dropped the first matchup with the Packers, with another coming in Week 16.

“I don’t know of a game that we play where it’s lackadaisical and not that much intensity or not that much on the line, but certainly a night game in Seattle with two teams having good seasons so far, there is a lot there, and I think that’s what makes it fun,” Cousins said. “It’s a lot more fun to play in a game like this with a lot of the line against a really strong opponent than if you’re in the back of the pack and struggling.”

The reason both teams are in position for trips to the postseason is at least in part because of how their quarterbacks have played.

While Wilson has been in the middle of the MVP conversation seemingly from the start of the season, the year being put together by Cousins is pretty good, too. Entering Week 13, Cousins leads the league in passer rating at 114.8; Wilson is second at 112.1. Wilson has 24 touchdown passes and three interceptions. Cousins has 21 TDs and three picks. Cousins has completed 70.6% percent of his passes; Wilson 67.3%.

“I think (Cousins) is just a lot more comfortable,” said Seattle safety Quandre Diggs, who was traded from Detroit earlier in the season. “I think he’s at that spot where he’s comfortable in his skin. He’s not trying to live up to anybody’s expectations. He’s just going out there having fun. Calming the team down. I think he’s just in a perfect situation.”

A year ago, when the Vikings lost 21-7 in Seattle became a turning point for Cousins and Minnesota’s offense. John DeFilippo was fired as offensive coordinator after the game and replaced by Kevin Stefanski. In the 14 games since, the Vikings are averaging 26.2 points and Cousins has a 113.3 passer rating.

“New coaches, new everything. Players have grown, we have brought in players that have stepped up and play key roles for our team,” Vikings running back Dalvin Cook said. “Our whole scheme, our whole philosophy, our whole approach to our gameplay and what we got to do, I think our players are keying in and locking in and you’re seeing output on Sundays, game time.”

For Seattle coach Pete Carroll, he was nostalgic this week thinking about Wilson and Cousins and their paths as pros. During the combine in 2012, Carroll remembered interviewing Cousins and Wilson back to back and came away highly impressed with both guys. It hasn’t been forgotten that Wilson was taken in the third round by Seattle and Cousins in the fourth round by Washington, and both have proven to be the class of that quarterback draft class.

“You couldn’t expect to be more impressed by two back-to-back guys coming out and talking about the game, their future, their awareness, their resolve, their commitment and competitiveness,” Carroll said. “All that came through. It was memorable, obviously, that those were the two guys that were really the most impressive in that group that we brought through that year. He had to go head to head. It was kind of cool.”