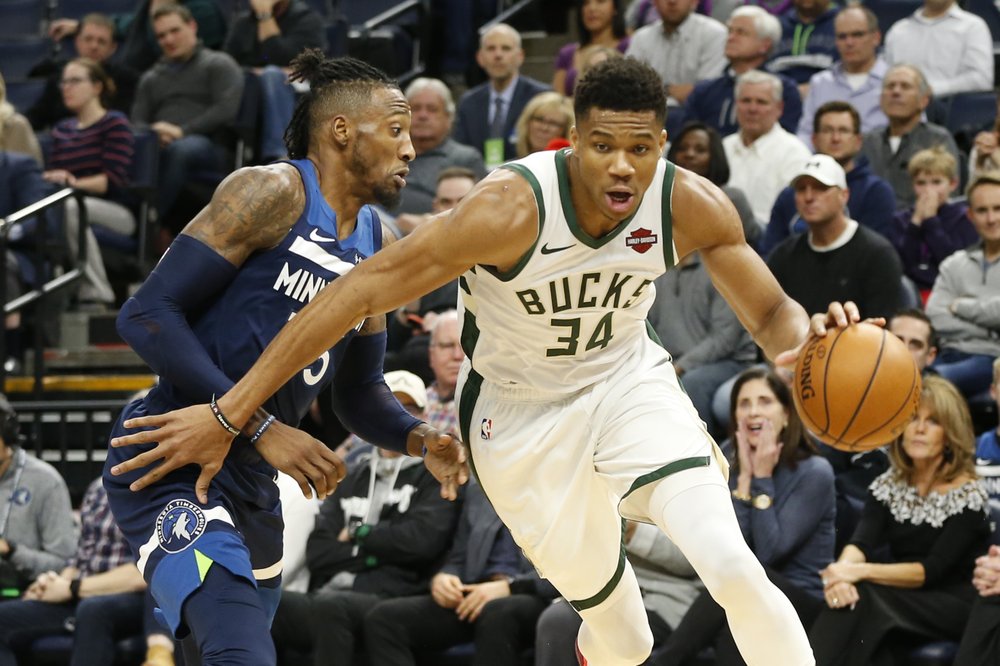 WNBA postpones game between Storm and Lynx due to COVID-19

MINNEAPOLIS (AP) — Giannis Antetokounmpo had 34 points and 15 rebounds, and the Milwaukee Bucks beat the Minnesota Timberwolves 134-106 on Monday night.

Antetokounmpo has posted a double-double in all seven games this season.

Khris Middleton added 26 points to match his season high, and Eric Bledsoe set a season best with 22. Bledsoe added nine rebounds and six assists for the Bucks in a game delayed 50 minutes so one of the baskets could be fixed before tipoff.

Milwaukee responded by shooting 53.8 percent from the field.

Andrew Wiggins led the Timberwolves with 25 points. Minnesota played without center Karl-Anthony Towns, who served the second game of his two-game suspension for his part in an altercation with Philadelphia big man Joel Embiid last week. Robert Covington added 15 points.

The Bucks outscored the Towns-less Timberwolves 62-38 in the paint.

Milwaukee broke open the game with a 38-point third quarter that included a 22-6 run. The Bucks were up seven at halftime thanks in part to coach Mike Budenholzer winning a coach’s challenge with 0.2 seconds left in the second quarter. That overturned an offensive foul on Antetokounmpo and resulted in a layup for him.

Donte DiVincenzo scored a season-best 17 off the bench for Milwaukee.

Timberwolves center Gorgui Dieng made his second consecutive start in place of the suspended Towns.

The game was delayed when it was discovered one of the rims was not level during pregame warmups.

Bucks: At the Los Angeles Clippers on Wednesday, the second stop on a four-game road trip. Milwaukee is in the middle of playing nine of 11 away from home.

Timberwolves: At the Memphis Grizzlies on Wednesday. The Grizzlies have won 27 of 37 meetings in the last decade.