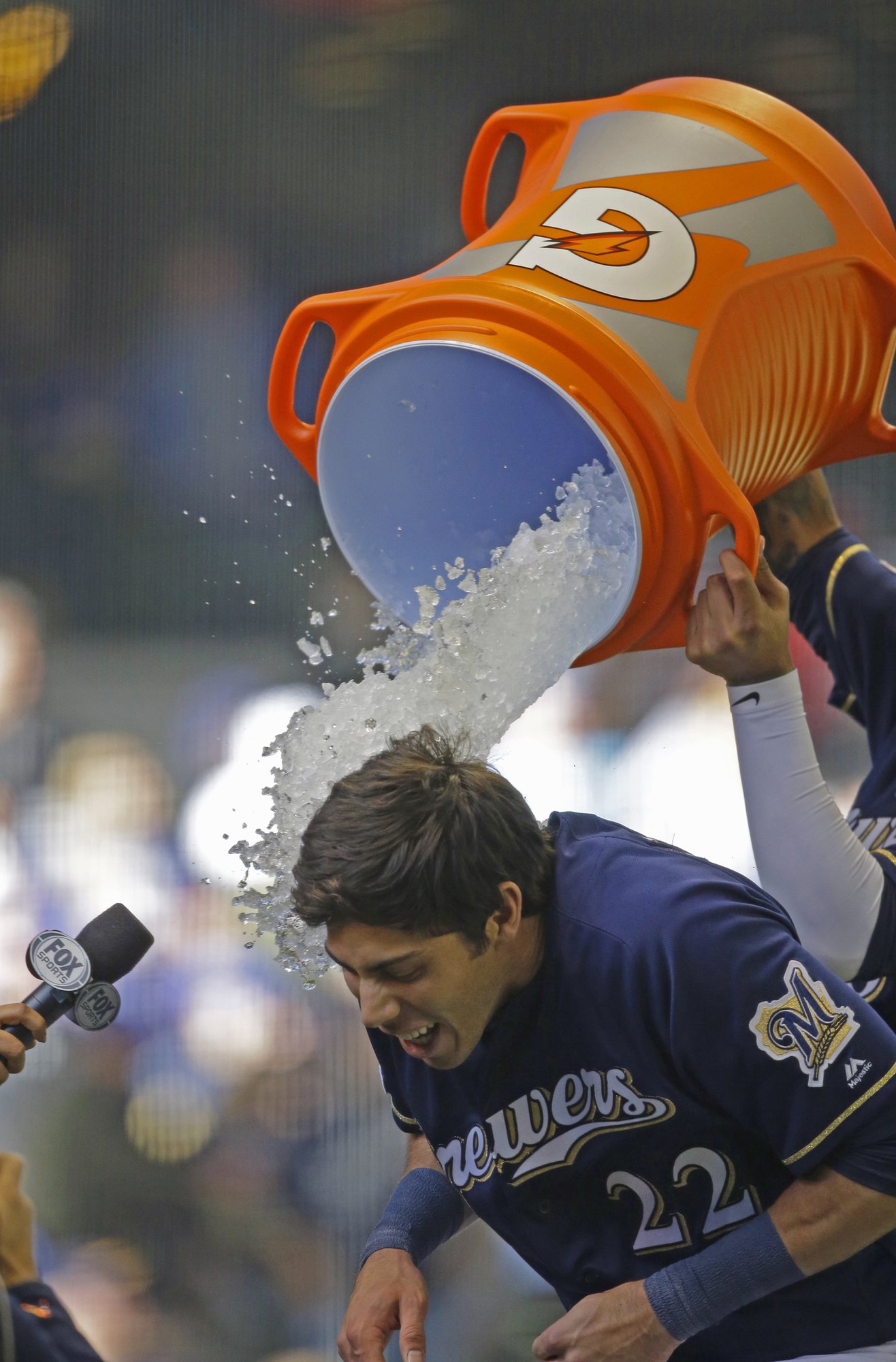 It wasn’t all just Christian Yelich for the Milwaukee Brewers, as they took three of four from the St. Louis Cardinals to start the season.

Lorenzo Cain, however, wasn’t too happy about JUST a double.

But, one could argue closer Josh Hader has started as hot. The 24-year-old struck out four in two innings for the save on Opening Day, a 5-4 win.

And, Saturday, Hader dazzled, striking out the side on the minimum nine pitches to save a 4-2 victory.

Hader could likely pitch again tonight as the Brewers head to the Cincinnati Reds. And, if Yelich hits a home run, he’ll be the only one in MLB history to start the season with five homers in five consecutive games.

ABOVE PHOTO: Milwaukee Brewers’ Christian Yelich is doused after his winning double against the St. Louis Cardinals during the ninth inning of a baseball game Sunday, March 31, 2019, in Milwaukee. (AP Photo/Jeffrey Phelps)

0
0   0
previous Peralta expected to start for the Brewers against the Cardinals tonight on WKTY
next Arcia’s HR breaks slump, leads Brewers over Reds 4-3
Related Posts