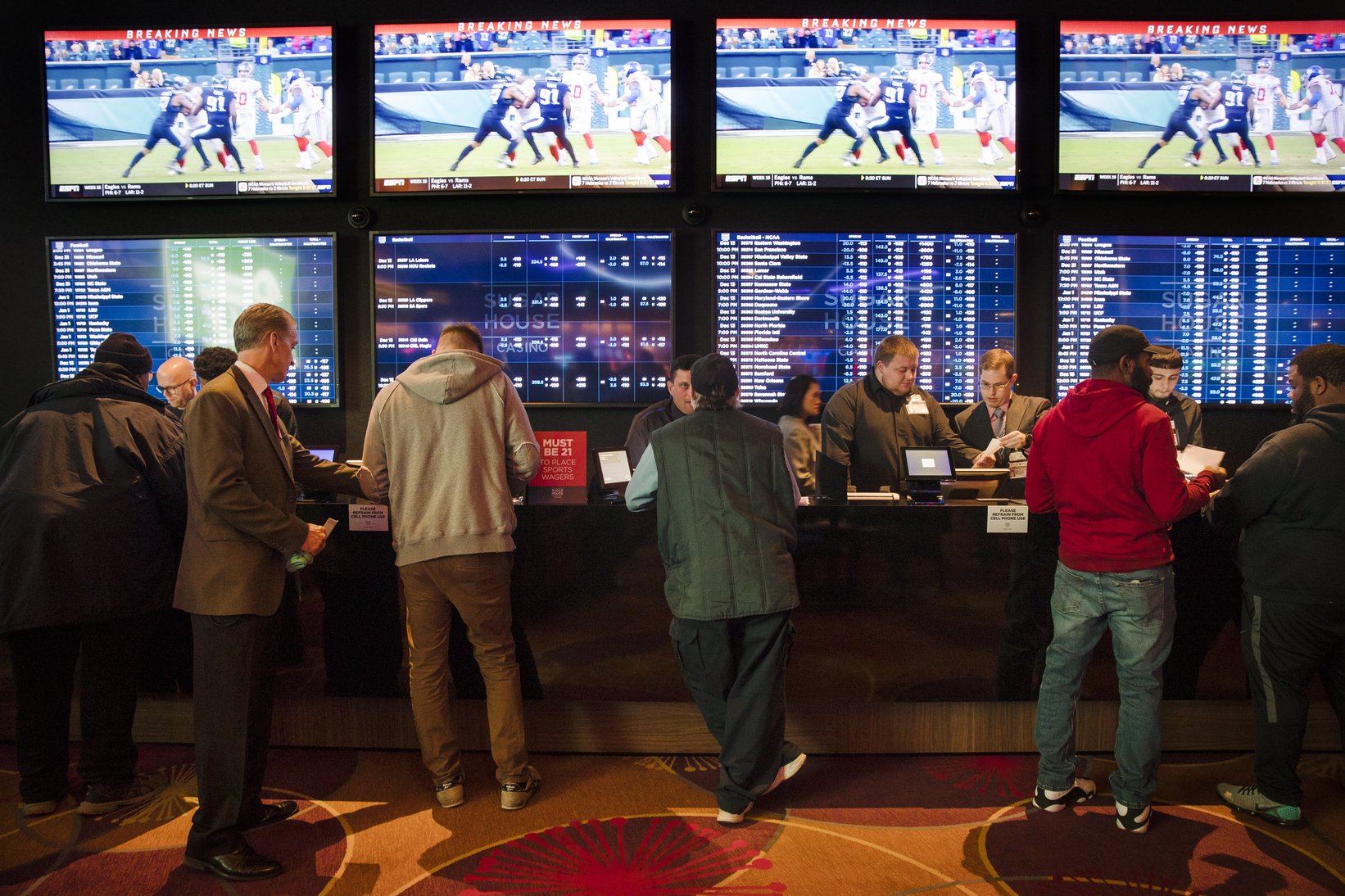 ATLANTIC CITY, N.J. (AP) — A pair of U.S. senators from opposing parties is proposing that the federal government take back control of sports gambling in America, the first formal move by Congress after a Supreme Court ruling reopened a complex debate over fans betting on games and who controls the action.

Several states have begun offering sports betting after New Jersey won a long-fought challenge in May, and many others are expected to take up the issue during new legislative sessions in 2019 as a way to generate millions in revenue.

The federal bill introduced Wednesday by Sen. Charles Schumer, a New York Democrat, and Republican Sen. Orrin Hatch of Utah would have the U.S. Justice Department set minimum standards for states to offer sports betting. It does not explicitly provide the sports leagues the cut of gambling revenue they have been seeking, so-called “integrity fees,” but does not prohibit them, either.

“I knew that Congress had an obligation to ensure that the integrity of the games we love was never compromised,” Schumer said of the Sports Wagering Market Integrity Act of 2018. “That is why I believe the time is now to establish a strong national integrity standard for sports betting that will protect consumers and the games themselves from corruption.”

Hatch said that once the Supreme Court struck down the Professional and Amateur Sports Protection Act in May, “I began working with stakeholders to ensure we were doing everything possible to protect the integrity of sports from corruption.

“The legislation we’ve introduced today is the culmination of eight months of high-level meetings, discussions, and negotiations, and will serve as a placeholder for the next Congress, should they decide to continue working to address these issues,” said Hatch, who is retiring soon but wanted to show bipartisan support for federal regulation.

The NFL weighed in Wednesday with a letter to the senators expressing support for the bill.

“The threats posed to the integrity of sporting contests cannot be confined within state borders,” wrote Jocelyn Moore, an NFL executive vice president. “Without continued federal guidance and oversight, we are very concerned that sports leagues and state governments alone will not be able to fully protect the integrity of sporting contests and guard against the harms Congress has long recognized as being associated with sports betting.”

Likewise, Major League Baseball said in a statement, “Legalized sports betting is rapidly spreading across the country, creating a clear need for a set of consistent, nationwide integrity standards to protect the sports that millions of Americans love.”

The eight states that already offer sports betting could still offer it while the Justice Department evaluates the state laws.

So far, legislatures in Nevada, New Jersey, Delaware, West Virginia, Mississippi, Pennsylvania and Rhode Island have legalized sports betting. And although New Mexico has not passed a sports betting law, the Santa Ana Star Casino & Hotel started taking sports bets in October through a tribal gambling compact. City lawmakers in Washington also voted to legalize sports betting in the District of Columbia on Tuesday, legislation that requires Congressional approval but would make the nation’s capital the first U.S. jurisdiction without casinos to authorize sports books.

The bill would require sports wagering operators use data provided or licensed by the leagues. Legislating that could be tough as data source requirements have been challenged in court in other ways, with courts holding that fantasy sports operators aren’t required to use official league data. Some leagues, like the NBA and MLB, have reached private agreements with casinos for use of data, particularly for wagers made during games on outcomes within each contest.

New Jersey’s Supreme Court victory set up a patchwork of laws and rules that differ from state to state. Leagues including the NBA, NFL, MLB and NHL have sought one uniform set of rules nationwide.

The bill would allow betting on the Olympics and college sports, but would ban it on other amateur sports.

It also would establish a nationwide self-exclusion list that people with gambling problems can add their names to in order to prohibit sports betting providers from allowing them to bet, similar to state lists that casinos maintain.

It remains to be seen whether the bill has enough support in the incoming Congress to progress. Three months before it was introduced, the casino industry’s main trade association, the American Gaming Association, came out against federal regulation of sports betting, preferring state control.

But Schumer said he will push hard for the bill, noting that his political differences with Hatch indicate it is something that has support from both parties.

“No bet is ever a guaranteed win, but it’s a smart bet that I will strongly advocate for this bill to move forward and that Congress will vote to pass federal legislation very soon,” Schumer said.