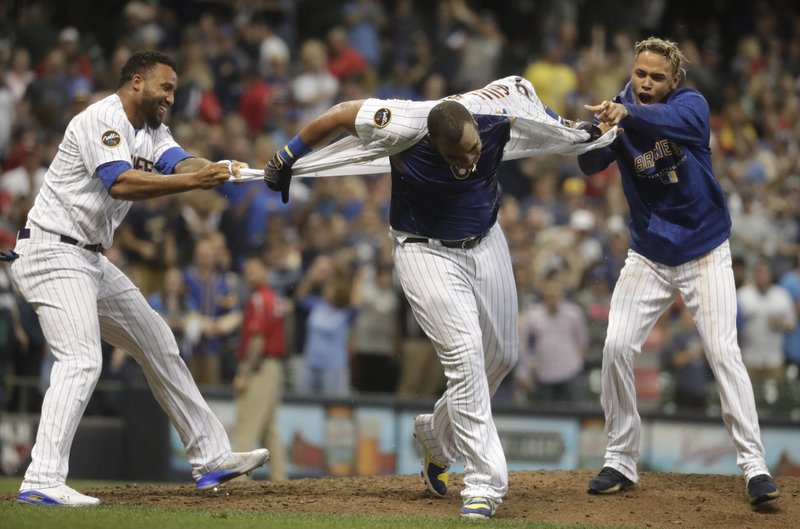 Brewers recall IF Miller, send down struggling OF Santana

Brewers recall IF Miller, send down struggling OF Santana

Miller, acquired from Tampa Bay on June 10 for first baseman-outfielder Ji-Man Choi, was in the Brewers’ starting lineup at second base and batting sixth Saturday against St. Louis.

“That first day, no matter how much sleep you have, no matter the travel, it doesn’t really matter, you’re running on adrenaline,” Miller said before the game. “Excited to get in there right away and get to work.”

“At some point, we’re going to need Domingo and we’d prefer that he was kind of rolling and clicking when that times comes,” manager Craig Counsell said.

“It’s tough to do it when you’re not playing that much. It’s not something that you want to have to do, and he was a big part of our success last year. But, we just need to get him going and the best way to do that is have him playing,” he said.

“Each year is different and you kind of go with the ebbs and flows — but I think just being in this environment and in this culture they’ve created here, it seems pretty positive for everybody involved,” Miller said.

Miller has started at seven different positions in the majors. He played 105 games at shortstop with Tampa Bay in 2016, then 98 games at second base with the Rays last season. This year, he played 35 games at first and six at second with Tampa Bay.

“What we may ask of him is to move around the field more regularly at different positions on a daily basis, whether it be double switches late in the game or in a starting role,” Counsell said. “But, he is versatile, he’s a pretty good athlete. He has done this all before, it’s just kind of getting him comfortable with doing it again.”