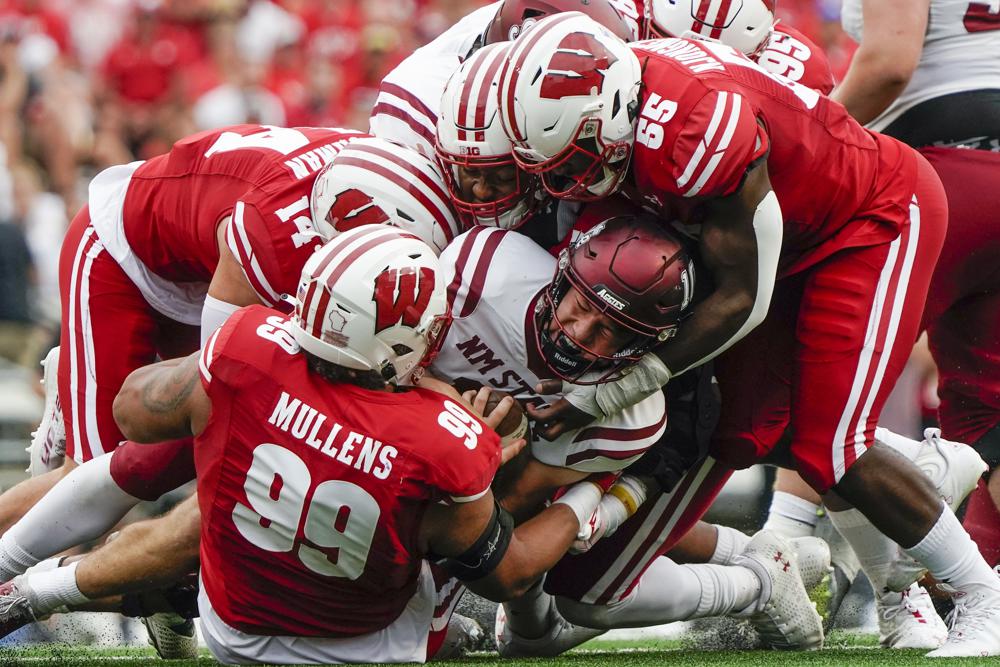 MADISON, Wis. (AP) — Ohio State annually ranks among the nation’s highest-scoring teams. Wisconsin traditionally has one of the stingiest defenses in the land.

Yet these two Big Ten programs don’t get to play each other every year because they’re in different divisions. They last faced off in 2019, when Ohio State beat Wisconsin 38-7 in the regular season and 34-21 in the Big Ten championship game.

The wait makes the members of Ohio State’s offense and Wisconsin’s defense that much more eager for Saturday’s strength-versus-strength matchup as the third-ranked Buckeyes (3-0) host the Badgers (2-1).

“Just being able to compete against some of the best football players in the country, that’s all you can ask for,” Wisconsin outside linebacker Nick Herbig said.

Wisconsin is allowing 8 points per game to rank eighth in scoring defense a fter giving up the fewest yards per game and yards per play of any FBS team last season.

The Badgers annually have produced exceptional defenses ever since 10-year NFL veteran safety Jim Leonhard took over as coordinator in 2017. No wonder Ohio State quarterback C.J. Stroud is spending this week studying film of Leonhard’s defenses from as far back as he can find while trying to spot any tendencies.

“Previous years we’ve played them and previous years other teams have played them, I’ll probably go deep into that and try to see what I can find,” said Stroud, who has thrown 11 touchdown passes without an interception.

The matchup between Leonhard and Ohio State coach Ryan Day, one of the game’s brightest minds on offense, should be a strategist’s delight.

“His defenses are always some of the best in the country,” Day said. “It’s going to be a big challenge for us. But at the end of the day, it doesn’t have anything to do with the coaches. It comes down to the players. What do the players know? What can the players do? As much as sometimes it seems like matching wits between coordinators, sure that comes into play, but at the end of the day it’s what do your players know, what can they execute on the field.”

Leonhard said the Badgers must avoid getting frustrated when Ohio State inevitably makes a big play or two. They also must understand that Ohio State will keep coming at them for 60 minutes, even if Wisconsin’s defense has success early in the game.

“They adjust things really well,” Leonhard said. “It’s pretty proven (Day’s) a very good second-half play-caller. They make adjustments as games go on, they see that kind of chess match, and they counter certain things you do. He’s very calculated in how he attacks and how he uses his talent.”

Ohio State’s offense has plenty of talent to utilize.

“This is going to be a draft-changing game,” Benton said.

The Badgers’ chance of pulling the upset – they’re an 18 ½-point underdog, according to FanDuel Sportsbook – could depend on how well their secondary handles arguably the nation’s deepest collection of receivers.

Wisconsin is playing without injured cornerback Alexander Smith and safeties Travian Blaylock and Hunter Wohler but still has produced seven interceptions while allowing only one touchdown pass. The Badgers retooled their secondary by hitting the transfer portal to add cornerbacks Jay Shaw (formerly at UCLA), Cedric Dort (Kentucky) and Justin Clark (Toledo) as well as safety Kamo’i Latu (Utah).

The Badgers’ goal at Ohio State is clear.

“In order to be the best,” Shaw said, “you have to take out the best.”