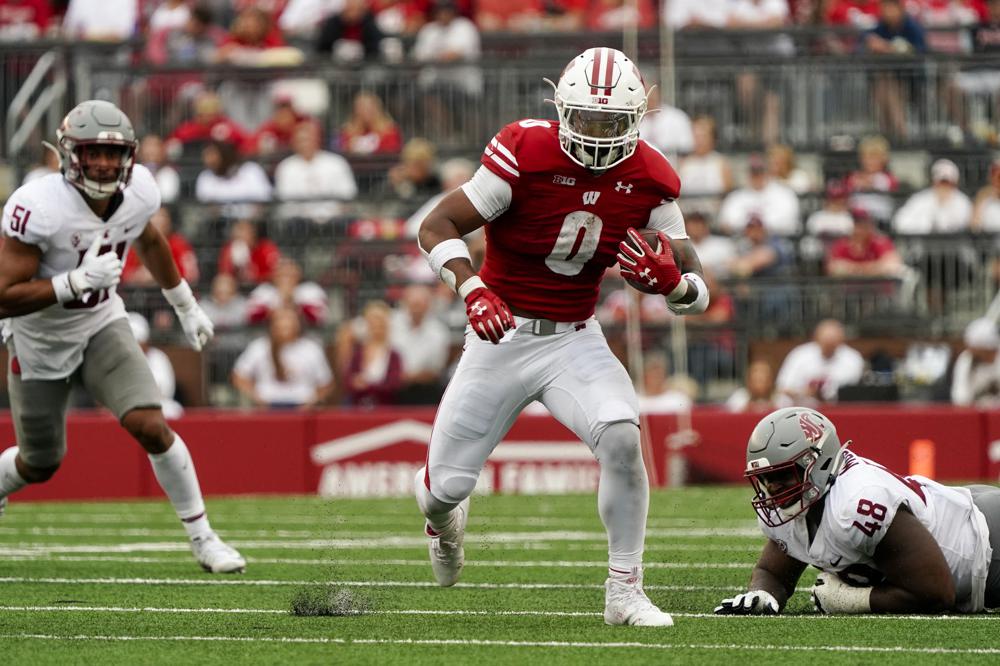 MADISON, Wis. (AP) — Wisconsin faces a balancing act as it tries to bounce back from its first loss of the season and work its way back into the Top 25.

The Badgers believe they must play with more enthusiasm and more discipline, two traits that don’t always go together. They had too many penalties and too little energy Saturday while falling 17-14 to Washington State, which entered the game as about a 17-point underdog.

Wisconsin was flagged 11 times for 106 yards, the first time in 14 years the Badgers had that many penalties or penalty yards in a game that was decided in regulation.

“It’s super frustrating,” left tackle Jack Nelson said. “I’m sure everyone can imagine what that feels like.”

That isn’t the only area in which the Badgers believe they’ve fallen short.

Benton noted that the Badgers spent the entire offseason focusing on the proper way to handle adversity but failed to respond once they fell behind Saturday.

“That’s not the character of this ‘W’ that we wear on our chests,” Benton said. “In all the years I’ve been playing here, I’ve never seen something like that. I feel like we just, at a point, it was like we’d given up.”

Benton noted that the Washington State players seemed more excited than the Badgers during Camp Randall Stadium’s traditional airing of House of Pain’s “Jump Around” before the start of the fourth quarter.

“That’s our tradition,” Benton said. “This is our thing. And they’re having more fun than us out there.”

“It kind of felt similar to the Minnesota game,” Allen said, referring to a 23-13 loss last season that kept the Badgers out of the Big Ten championship game. “Pregame the locker room was real flat, not a lot of energy.”

The Badgers (1-1) will try to correct that Saturday against New Mexico State (0-3) before their Big Ten opener the following week at No. 2 Ohio State. New Mexico State is a 37 ½-point underdog, according to FanDuel Sportsbook.

Wisconsin must regain its poise as well as its passion.

That Purdue game was decided in triple overtime. The Badgers hadn’t had this many penalties or penalty yards in a non-overtime game since 2008, when they were flagged 12 times for 121 yards in a 25-24 loss at Michigan State.

Offensive linemen and tight ends committed eight of the 11 penalties.

Center Joe Tippmann, who twice was called for holding, said the Badgers must find a “physicality balance” that allows them to control the line of scrimmage while avoiding penalties.

“As an offensive line, we want to be able to go out and play physical and bury the guy that’s across from us,” Tippmann said. “When you’re trying to do that and you’re called for a penalty, it kind of sucks.”

Tippmann said the best way to correct that is to practice with the proper fundamentals and make sure that carries over to the game. That could help reduce the penalties.

As far as playing with more passion, Allen says the team leaders will make sure that won’t be a problem the rest of the season.

“I think this is a one-time thing,” Allen said.