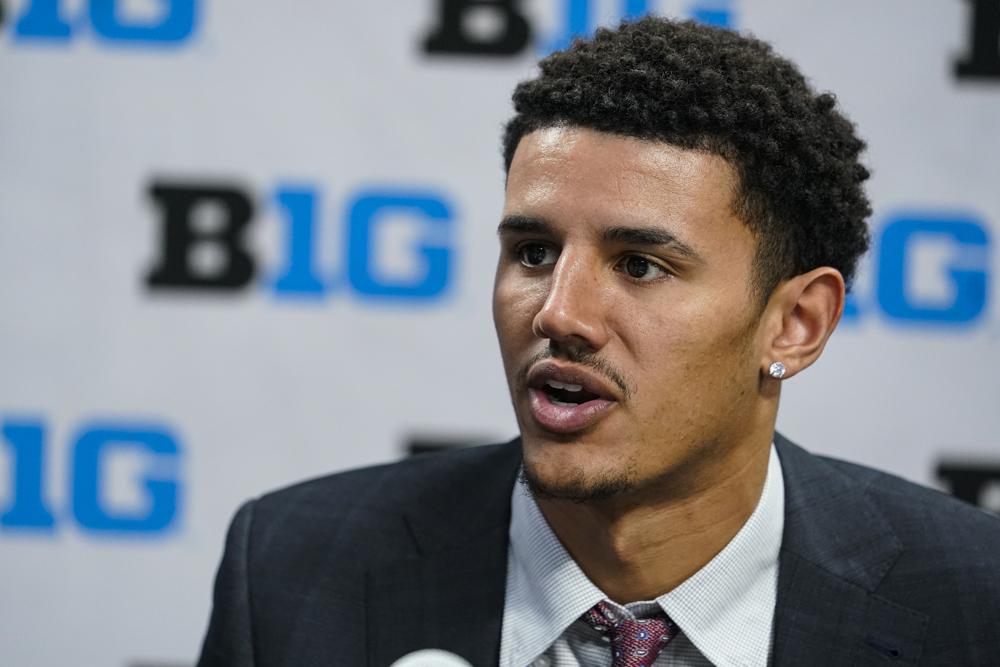 Wisconsin hoping to succeed without its usual experience

Wisconsin hoping to succeed without its usual experience

MADISON, Wis. (AP) — Wisconsin typically relies on experience to carry the Badgers to the NCAA Tournament each season.

The Badgers have one of their youngest teams in two decades after losing six seniors from a team that went 18-13 and reached the second round of the NCAA Tournament.

“Teams aren’t really expecting us to be very touted like we were in years past, but I’m really, really looking forward to playing with this new group of guys,” La Crosse native and sophomore guard Johnny Davis said. “We’ve got a lot of talent coming in.”

Wisconsin has played in 21 of the last 22 NCAA Tournaments, and the Badgers’ chance of earning an invitation this season could depend on how soon their young talent matures.

“We obviously know it’s a work in progress,” coach Greg Gard said. “Every day’s a new day. They’re learning constantly something new, but it’s been a fun group to work with.”

The Badgers’ roster features seven sophomores and five freshmen, which gives the Badgers their largest collection of underclassmen in at least 20 years. The list of newcomers includes a trio of transfers in guards Isaac Lindsey (UNLV) and Jahcobi Neath (Wake Forest) plus center Chris Vogt (Cincinnati).

The only guys back who played at least 10 minutes per game last season are Brad Davison, Tyler Wahl and Davis.

Davis averaged 7 points as a freshman on a senior-dominated team. The Badgers are counting on him to become a featured performer this year.

The 6-foot-5 sophomore spent the summer winning a gold medal with USA Basketball at the FIBA U19 World Cup. Davis said he also worked on improving his 3-point shooting after going 14 of 36 from beyond the arc last season.

“I had a decent amount of open looks (last season) that I probably didn’t shoot,” Davis said. “And when I was open, I didn’t hit enough shots that I was supposed to.”

WHERE DID THEY GO?

The NCAA permitted last year’s seniors to return for one more year of eligibility because of the pandemic, but Davison was the only one of Wisconsin’s seven 2020-21 seniors who’s back.

“I love being here,” Davison said. “I love the basketball. I love the people. I love the city. There’s no other place I’d rather be.”

Some of Wisconsin’s seniors last year had issues with Gard that were exposed when portions of a February team meeting were secretly recorded and leaked to media outlets.

Guard Lorne Bowman II will make his Wisconsin debut a year later than expected. Bowman returned to his Detroit home last year to deal with a family issue.

“Coming back to UW was always my first and foremost goal,” Bowman said. “I didn’t know how long it would take, but basically I knew I would end up being back here at UW.”

One challenge Wisconsin faces is whether it can play its usual mistake-free style with such a young roster. The Badgers had just 9 turnovers per game last year, the lowest average of any Division I team.

“He’s a competitor,” Davison said. “He plays really, really hard and leaves it all out there every possession. He really values defense.”

The season opener is Nov. 9 at home against St. Francis (NY).