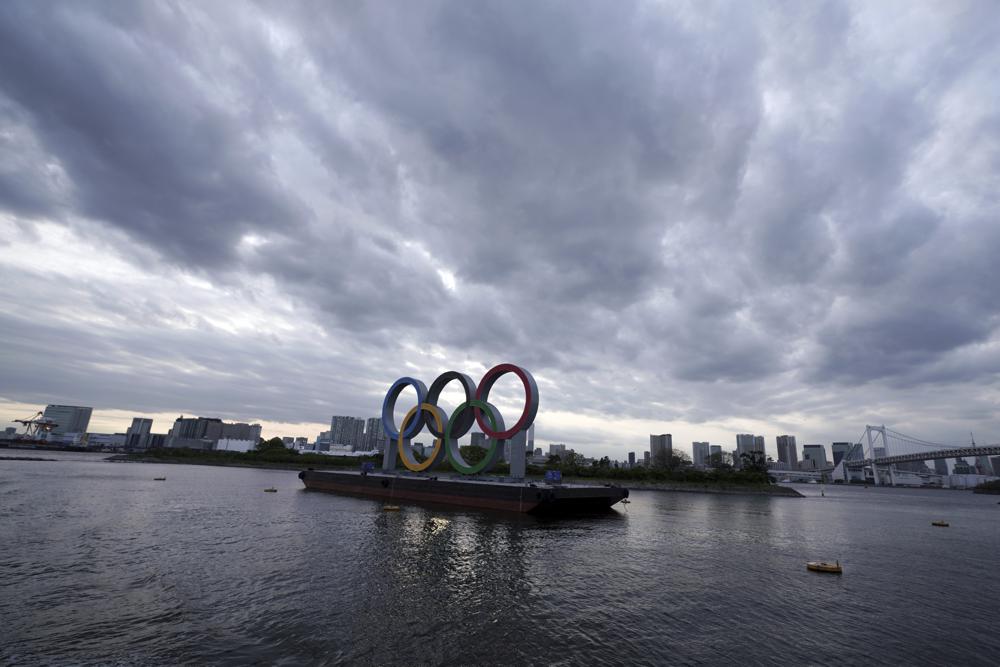 Tokyo Olympic film debuts in Japan; headed next to Cannes

Tokyo Olympic film debuts in Japan; headed next to Cannes

TOKYO (AP) — The documentary film about the pandemic-delayed Tokyo Olympics premiered on Monday, shown to reporters and other invited guests in the Japanese capital.

The work of Japanese director Naomi Kawase, the 120-minute film looks at the Olympics primarily from the point of view of the athletes — but not just the winning athletes.

After Tokyo, the film will be shown on Wednesday at the Cannes Film Festival in the Bunuel Theater, named for Spanish-born iconoclastic filmmaker Luis Bunuel.

“The Olympics are not just about getting prizes, being first and going after a victory that is right before you in the moment,” Kawase said in a recent interview. “I tried also to depict the pursuit of becoming winners in life.”

Kawase has also made another film looking at events away from the athletes, which called “Side B.” It will debut in Japanese cinemas on June 24. The film shown on Monday will open in some Japanese cinemas beginning on June 3.

Kawase said she made the film in two parts because, after the Games were postponed by the pandemic, her subject became too complex.

The film, which is only in Japanese unless speakers are using other languages, focuses much of its attention on athletes from Japan, and female athletes from all over. It also looks at refugee athletes, athletes who have defected, and athletes competing as mothers who brought their infants to Games.

The film targets a cross section of sports, particularly judo, softball, surfing, women’s basketball, and skateboarding. For the most part, it steers clear of the medal ceremonies, the flag waving and who won — and who lost — and prioritizes the drama of competing.

Yiannis Exarchos, the CEO of the Olympic Broadcasting Services, tried to sum up the mission of the documentary, speaking in the final minutes of the film before the credits rolled.

He said Olympic athletes often “do something completely unexpected. This is a moment of genius. Yes, we need to go through all these exercises in order to be able to see the world in a different way. Even for one millisecond.”

The documentary showed flashes of the controversy that dogged the Tokyo Games with protesters asking for a cancellation, and scenes that questioned the wisdom of holding the Games in the midst of a pandemic.

The “Side B” version is expected to cover more of the problems including the resignation of Yoshiro Mori as president of the local organizing committee.

Mori, a former Japanese prime minister, stepped down five months before the Olympics opened after making derogatory comments about women, saying they “talk too much.”

The documentary of the 1964 Tokyo Olympics by Kon Ichikawa, titled “Tokyo Olympiad,” is generally regarded as one of the most important in the genre. Also in that category is Leni Riefenstahl’s “Olympia” from the 1936 Berlin Games.

Kawase said she was honored to follow in the footsteps of Ichikawa and tried to show what was visible, and also what is beyond being seen.

“I was moved by how human beings achieve the pinnacle of physical beauty,” Kawase said. “I felt they were so beautiful watching them; all the athletes, not just the winners. And the time they devoted to get there was also beautiful.”

The Kawase documentary is titled simply the “Official Film of the Olympic Games Tokyo 2020.”

She was named in 2018 to direct the film, which looks briefly at the one-year postponement announced in March of 2020 and the runup to the opening ceremony — largely without fans on July 23, 2021 — and the closing on Aug. 8.

In a synopsis, Cannes said the film took 750 days to shoot with 5,000 hours of filming.

Cannes said it captures “not only the athletes gathered from all over the world, but also their families, people involved in the Games, volunteers, medial personnel, and protesters shouting for the cancellation of the Olympics. The film shows the passion and anguish that came out of these Olympic Games.”

Kawase is highly acclaimed and became the youngest director to receive the Camera d’Or prize at the Cannes Film Festival with her 1997 film “Suzaku.”

Her best known recent films are “Sweet Bean” and “Still the Water.”

The documentary is financed by the International Olympic Committee and the local organizing committee, and is a requirement under the hosting contract.

Toshiro Muto, the CEO of the Tokyo organizing committee, said when Kawase was introduced four years ago that the IOC owns the copyright to the film and “has the right to make key decisions in the creation of the film.”

Kawase said she has been affected by Russia’s invasion or Ukraine, asking herself the meaning of entertainment amid the killing in war.

“I hope when people see this film 50 years from now, 100 years from now,” Kawase said, “they will understand the importance of protecting that bit of happiness — so small it can fit in the palm of your hand.”