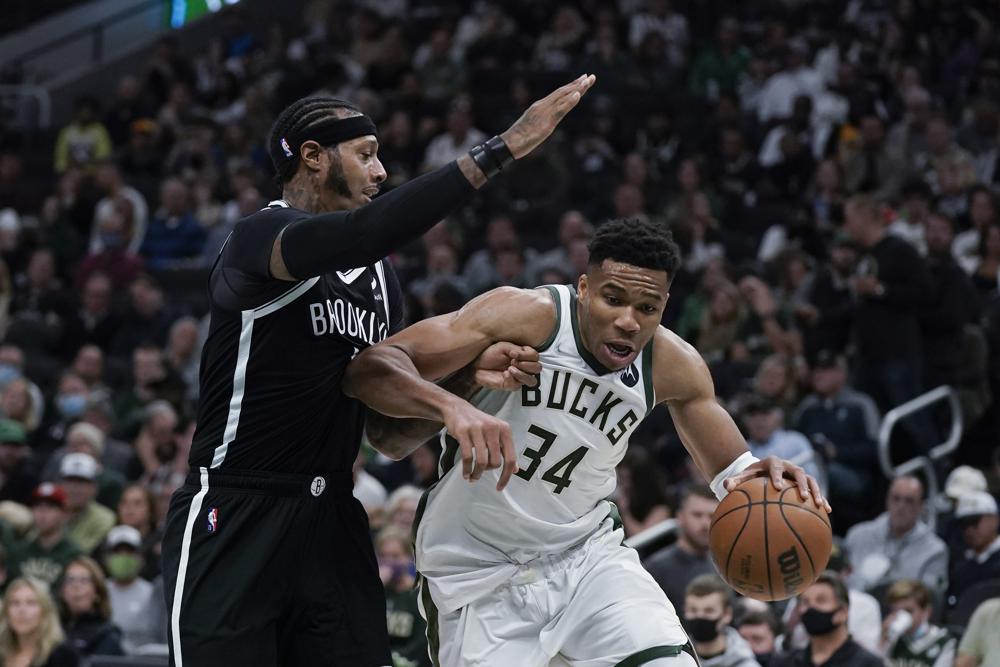 LOS ANGELES (AP) — Stephen Curry had 21 points, 10 rebounds and 10 assists for the Golden State Warriors, who rallied from 10 points down to stun LeBron James, Anthony Davis and the new-look Los Angeles Lakers 121-114 in a season opener Tuesday night.

The loss spoiled opening night in Hollywood, where superstars James and Davis played brilliantly for three quarters before the Lakers went cold in the fourth.

Russell Westbrook shot just 4 for 13 for eight points in his Lakers debut.

MILWAUKEE (AP) — Giannis Antetokounmpo scored 32 points and Milwaukee opened the defense of its first title in half a century by beating Brooklyn.

In his first game since scoring 50 points in a title-clinching Game 6 NBA Finals victory over the Phoenix Suns, Antetokounmpo also had 14 rebounds and seven assists.

Khris Middleton and Pat Connaughton each added 20 points to help the Bucks withstand the loss of Jrue Holiday, who sat out the second half with a bruised right heel after scoring 12 points.

The Nets were missing star guard Kyrie Irving, who isn’t with the team due to his refusal to get a COVID-19 vaccine.