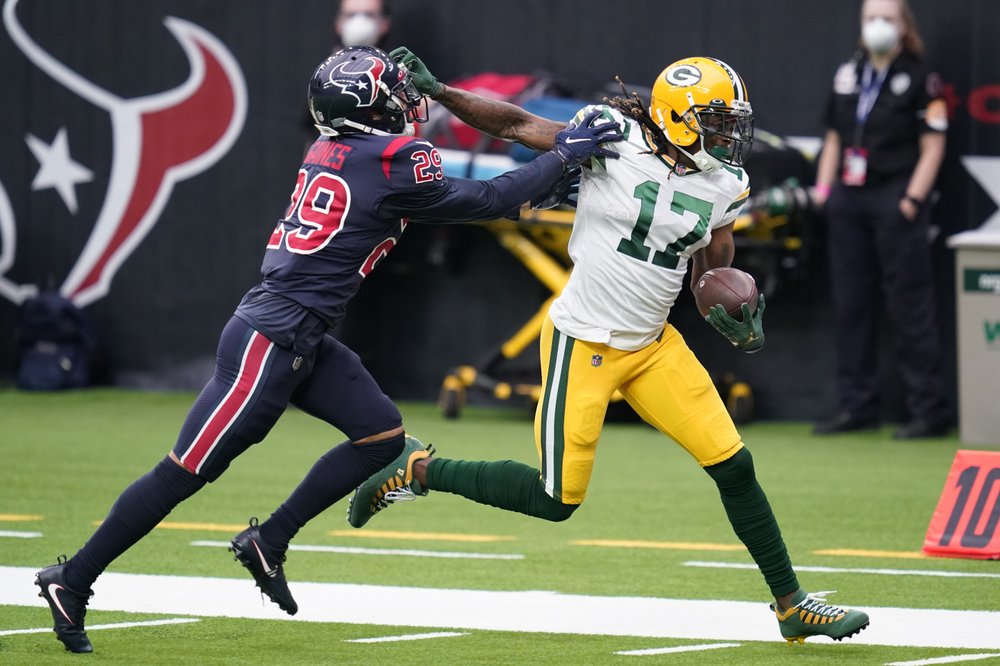 Packers put opening loss behind them as they host Lions

Packers put opening loss behind them as they host Lions

GREEN BAY, Wis. (AP) — The Green Bay Packers don’t believe a lopsided loss to start the season should impact their sky-high expectations for what they can accomplish this year.

But it sure raises the stakes as they prepare to face the Detroit Lions in a Monday night home opener.

Green Bay’s string of six straight season-opening victories ended with a thud when the Packers fell 38-3 to the New Orleans Saints at Jacksonville, Florida. The Packers now will try to win their home opener for a ninth consecutive season.

“It’s not acceptable, but it’s just one game,” Packers quarterback Aaron Rodgers said. “We’re not going to be held prisoner mentally by that poor performance. Like I said, we’re not going to change a ton of things. I don’t think there needs to be wholesale preparation changes, schematic changes. We had a clunker and we’ve got to play better. I expect that we will on both sides of the ball.”

Rodgers threw two interceptions without a touchdown pass in the season opener. Green Bay’s 35-point defeat marked its most lopsided loss in any game Rodgers has started.

The reigning MVP will try to bounce back against a team he traditionally has dominated, particularly at Lambeau Field. The Packers have gone 9-2 in Rodgers’ 11 home starts against the Lions. Rodgers has thrown 21 touchdown passes with only four interceptions in those games.

Rodgers will be facing a Lions secondary that must regroup after losing starting cornerback Jeff Okudah for the season to a ruptured Achilles tendon.

Detroit’s likely starting cornerbacks will be Amani Oruwariye and Ifeatu Melifonwu, a rookie third-round pick from Syracuse. They understand the challenges of facing Rodgers.

“He’ll be a first-ballot Hall of Famer,” Oruwariye said. “A great quarterback who can make all the throws, really controls that offense. But this game is about us. It’s about a mentality we come with, the physicality we bring.”

The Packers have won their past four meetings with the Lions overall and are favored this time by 11½ points, according to FanDuel SportsBook. The Lions delivered a better performance than the Packers on the season’s opening week, even though both teams lost.

After trailing by as many as 28 points, the Lions made a frantic comeback before falling 41-33 to the San Francisco 49ers in a game that marked the Detroit debuts for head coach Dan Campbell and quarterback Jared Goff.

“We showed a lot of resilience,” Lions rookie receiver Amon-Ra St. Brown said. “Almost came back and had a chance to go to overtime. I think just showing that fight we had, gives us confidence going into each and every game.”

Lions running back Jamaal Williams will be making his return to Green Bay, where he played from 2017-20 while rushing for a total of 2,039 yards.

Williams left the Packers via free agency and now teams up with D’Andre Swift in Detroit’s backfield. He rushed for 54 yards and a touchdown on nine carries and caught eight passes for 56 yards in his Lions debut.

Swift (groin) and Williams (chest) were both limited participants in Thursday’s practice.

Packers outside linebacker Za’Darius Smith was on the field for just 18 snaps against the Saints and could be limited again Monday.

The Packers’ top pass rusher is dealing with a back issue that caused him to practice just one day during training camp.

“We’re not going to play him as much as we’d like to until we know that he’s healthy enough to do that,” Packers coach Matt LaFleur said.

The Packers had the fewest yards rushing (43) and second-fewest carries (15) of any NFL team in the season’s opening week.

This matchup could be a chance for the Packers to put more of an emphasis on the running game. Green Bay’s Aaron Jones has averaged 5.4 yards per carry against the Lions in his career. He ran for 168 yards, caught four passes for 68 yards and scored three touchdowns in the Packers’ 42-21 home victory over the Lions last season.