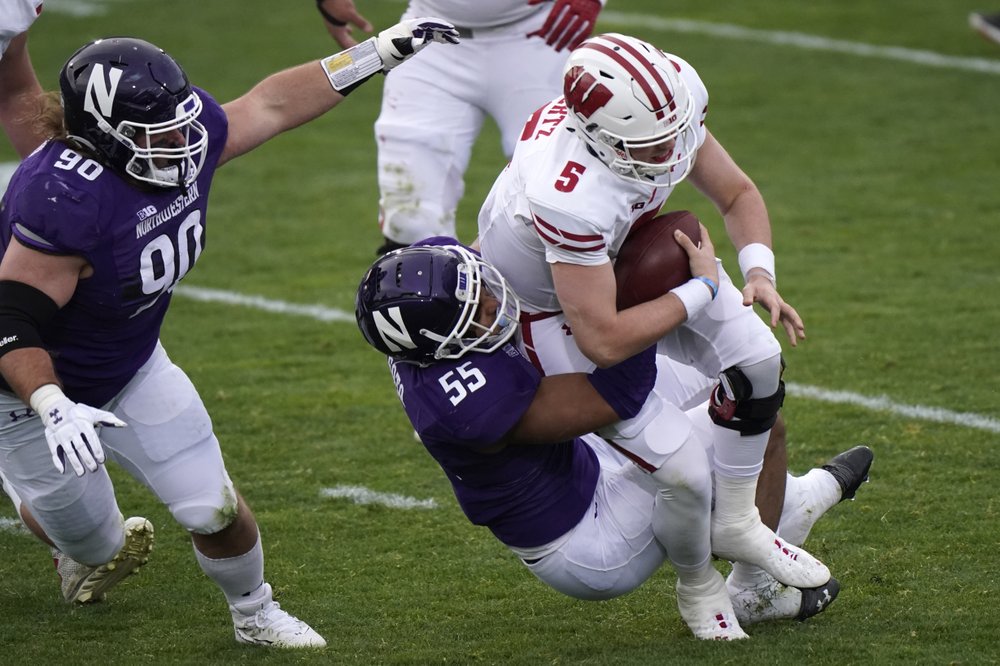 CHARLOTTE, N.C. (AP) — Devin Leary can only imagine what it’s like being a high school recruit in the era of college athletes finally being able to profit from their fame. North Carolina State’s fourth-year quarterback figures there will be plenty of questions about how to cash in.

“As a recruit now,” Leary said, “I think it is important to ask because you just always want to know what’s the best opportunity for yourself.”

The endorsement deals came rolling in immediately after the NCAA allowed athletes to earn money for the use of their name, image and likeness beginning this month. It added a giant new wrinkle to the recruiting process, with coaches able to tout business opportunities alongside the usual selling points like facilities, TV exposure, career development and picturesque campuses.

“If I’m a quarterback who’s looking at the SEC, ACC schools, big schools, that might be a big thing,” Boston College graduate offensive lineman Zion Johnson said. “I think for certain players that might be a driving factor.”

Several coaches at league media days across the country noted the NIL era is so new they are still sorting out what it means for the players on their current rosters, much less how it will impact the ones that have yet to sign. There was also uncertainty among some as to how will work without veering into the realm of forbidden “pay for play” arrangements to secure a commitment.

Northwestern coach Pat Fitzgerald offered his own blunt assessment, which seemed like a practice run at debunking any NIL-based recruiting pitches by competitors.

“Right now, there’s a lot of head coaches getting on a dais, singing a bunch of songs that they have no idea what they’re singing,” Fitzgerald said. “‘We’ve got the greatest NIL.’ They’re all full of it. That’s all I’m going to say. Nobody knows what they’re doing. They’re all faking it. I’ll be the first to admit it. If we focus on education, this thing will all kind of play itself out, big picture.”

It hasn’t helped that permissible NIL activities began under a patchwork of state laws or executive orders permitting NIL activities. There are no standardized rules and the NCAA has left specific guidance to school compliance offices. Broader NCAA regulations or a federal law are nowhere close to happening.

In the Big 12, Oklahoma coach Lincoln Riley said the early days of NIL deals — which generally require only for an athlete to provide something of value in exchange for compensation — have already offered insights as to which schools will “bend and push the rules in this game.” He also offered a rosier line of thought.

“If I’m a player that was tempted, get paid in my recruitment illegally, should I even mess with that when I know I can just go make the money legally and not jeopardize my name or my eligibility or all of that?” Riley said. “So in some ways, it may even it out a little bit, if you will. I think the purists hope that. But the reality is we’re going to have to have some lines and regulations, especially when it comes to the recruiting piece for this to work and not be a mess.”

At least in the ACC, multiple coaches weren’t ready to commit to major changes to their recruiting approach with NIL.

Clemson coach Dabo Swinney said it was “just another one of those tools” to help. Boston College coach Jeff Hafley figures he will use it as part of the pitch for a school in a major media market. And N.C. State coach Dave Doeren noted that “this thing just got dropped on us” before saying: “I need to see where it goes before I’m recruiting with it.”

North Carolina coach Mack Brown pointed out the “gray area” that coaches must balance in terms of offering guidance to players navigating the new NIL landscape but keeping enough distance to avoid exerting too much influence on a decision.

It’s a conflict new ACC Commissioner Jim Phillips sees, too. And it’s going to take time to find clear answers with that just like everything else.

“There’s a little bit of a disconnect there,” Phillips said. “So then it becomes: how far do you take that in recruiting? And that has different definitions at different places.

“That’s kind of the uncontrollable of this thing: how ingrained and how heavy is that during the recruiting process? How heavy and how ingrained it is once you come on campus? And those are institutional decisions right now. They are, because there’s really no parameters that keep us all held to the same standard.”