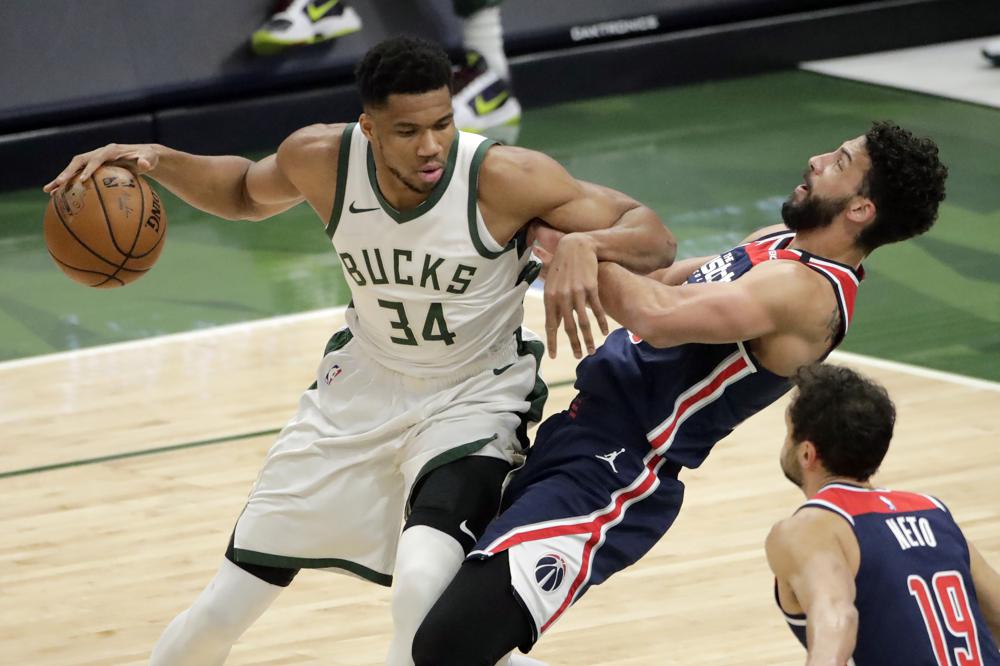 Westbrook had 29 points, 17 assists and 12 rebounds for his 179th career triple-double, but the Wizards still lost for just the fourth time in their last 17 games. He’s just two shy of Oscar Robertson, whose 181 career triple-doubles are the highest recorded total in NBA history.

Westbrook has a league-leading 33 triple-doubles this season, including five in his last six games. The only time Westbrook missed out on a triple-double during this six-game stretch came Saturday when he had 42 points, 10 rebounds and nine assists in a 125-124 loss to Dallas.

Bradley Beal scored 42 points and hit a 3-pointer that cut Milwaukee’s lead to 135-134 with 5.3 seconds left. Westbrook got a steal in the final second, but Garrison Mathews’ desperation shot from over 50 feet away didn’t connect.

Giannis Antetokounmpo scored 23 for the Bucks before fouling out with 1:54 left. Donte DiVincenzo scored 19, Pat Connaughton had 16 and Bryn Forbes added 14 as the Bucks won their fourth straight.

Forbes hit a tiebreaking 3-pointer to put the Bucks ahead for good with 2:23 remaining.

Khris Middleton didn’t play due to a sore left knee as the Bucks played one night after beating the Brooklyn Nets 124-118. The Wizards were missing Rui Hachimura due to an illness unrelated to COVID-19.

Wizards: Anthony Gill, who didn’t play at all in either of the Wizards’ first two games with the Bucks, filled in for Hachimura and made his third start of the season. … Washington’s 43 free-throw attempts were the most by a Bucks opponent this season. … The Wizards posted the highest first-half point total by any Bucks opponent all season. … Chandler Hutchinson left with a bruised left knee after playing three minutes.

Bucks: P.J. Tucker replaced Middleton in the lineup and made his first start since the Bucks acquired him from Houston on March 19. Tucker went scoreless in 20 minutes before leaving with a sore jaw. Tucker had started all 32 games in which he had appeared for the Rockets.

Wizards: Face the Toronto Raptors on Thursday in Tampa, Florida, as they try to avoid getting swept in the regular-season series. The Wizards fell to the Raptors 137-115 in Washington on Feb. 10 and 103-101 in Tampa on April 5.

Bucks: Host the Houston Rockets on Friday as they try to gain revenge after falling 143-136 in Houston on April 29.