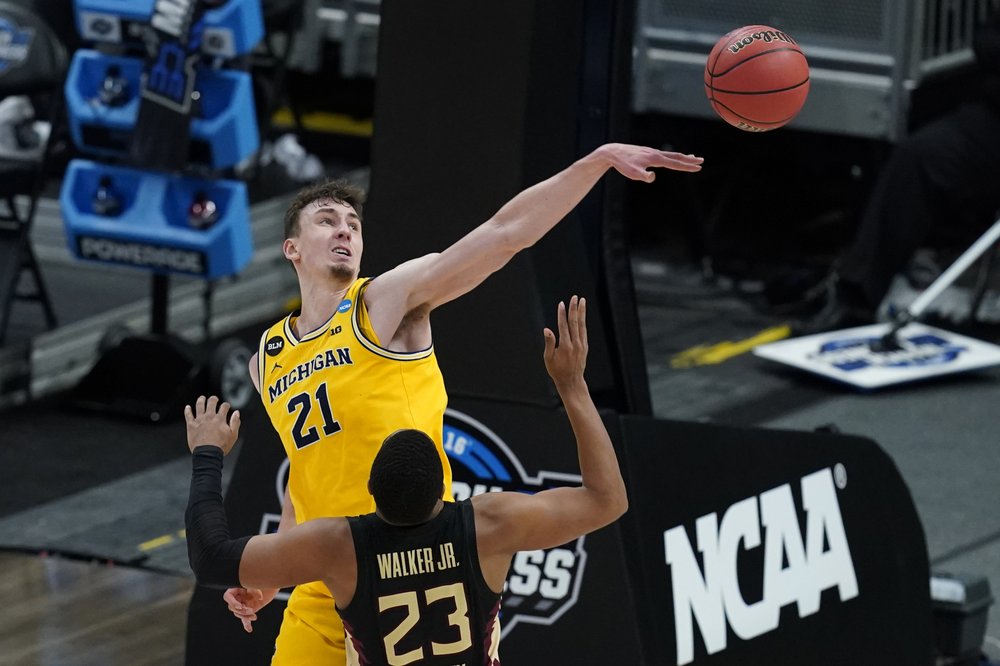 Big Ten is big flop, getting shut out of Final Four

Big Ten is big flop, getting shut out of Final Four

INDIANAPOLIS (AP) — The Big Ten spent most of this season talking about being the nation’s best basketball conference.

It pointed to a league-record nine teams ranked one week in December and how its teams comprised nearly half of the top 10 many more weeks. It sent a conference-record nine teams into NCAA Tournament play, which was being contested entirely in Big Ten country.

Turns out, it was a big flop.

The conference that ruled the regular season was shut out of the Final Four, with the final blow coming Tuesday night when Michigan lost 51-49 to No. 11 seed UCLA in the South Region championship. The Wolverines (23-5) lost twice in three weeks at Lucas Oil Stadium and now head home without the Big Ten Tournament crown or the date in Saturday’s national semifinals they wanted.

“Very disappointing for our guys.” Michigan coach Juwan Howard said. “It came down to one possession, that’s how it goes sometimes. The game of basketball sometimes comes down to one or two possessions that can really help or hurt you and we came up short.”

Howard has been here before.

Twice as a player he helped lead the Wolverines to national championship games, falling short in both.

A year ago, the Wolverines appeared poised to make a strong postseason run when the COVID-19 pandemic shut down both the conference and NCAA tournaments.

This time, Michigan and Illinois earned No. 1 seeds and appeared to have the makeup to stick around until the final weekend. Instead, eighth-seeded Loyola Chicago upset the Fighting Illini in the second round, and Michigan went down on a night it struggled offensively.

The Wolverines had plenty of chances to stay alive.

Michigan played better than most.

Some may argue the continual Top 25 matchups or challenging late-season schedules wore down the league’s top teams. Others may contend the extra week inside the Indianapolis bubble for the Big Ten tourney was to blame.

None of it really matters, though.

The Big Ten finished 8-9 in the NCAA Tournament, with only Michigan reaching the Sweet 16. Second-seeded Ohio State and fourth-seeded Purdue didn’t even make it out of the first round, and the Bruins managed to play their way from the First Four to the Final Four by eliminating both Michigan State and the Wolverines.

It’s enough to make all that regular-season talk ring hollow.