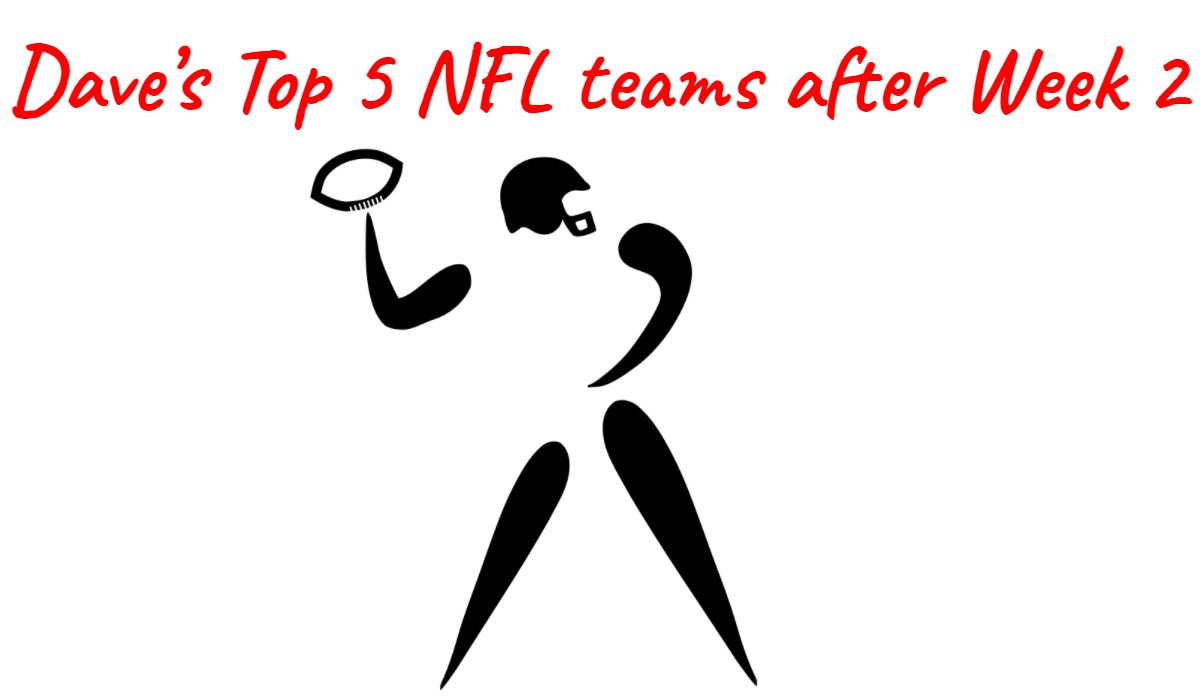 1.Baltimore Ravens
All the Ravens had to do to keep themselves at Number 1 in my rankings was to win against Houston this Sunday. Not only did the Ravens win, but it was the way they won that really cements them in as my prohibitive favorite to be Number 1 all year…the Ravens dominated. Houston was supposed to be a good team, I had them winning 12 games this year, and they still might be. However, even with Lamar Jackson being held somewhat in-check (18-24 204 yards 1 TD) the team stepped up around him and smashed the Texans in every facet. Baltimore out gained Houston, dominated time of possession, and forced turnovers. Baltimore is a LEGIT Super Bowl contender after just two weeks of the season beating both Cleveland and Houston easily.

2. Seattle Seahawks
Russell Wilson might not get the love from Badger fans I think he deserves, but he gets plenty of love in Seattle and for good reason. Wilson is the best quarterback in the NFL right now. Sunday Russell battled a rejuvenated Cam Newton on Sunday Night Football and after throwing a pick-six to open the game, Wilson settled in nicely to the tune of 5 TD’s and 288 yards, leading Seattle to a 35-30 win. That Seattle has added Jammal Adams to the secondary (Adams had 10 tackles and 1 sack) making the Seahawks a force on both ends of the ball moves them up from Number 3 last week to the Number 2 spot this week.

3. Green Bay Packers
The Green Bay Packers also move up a spot in my Week 2 rankings with a more than solid week 2 win over the Detroit Lions. Aaron Rodgers showed again he’s capable of playing at an MVP level, while Aaron Jones had a career high 168 yards rushing to go along with 3 TD’s in Green Bay’s 42-21 win. Rodgers and the offense got some help from the Packers defense with a solid showing after allowing the Lions to jump out to a 14-3 start. Coming off of a 13-3 season I pegged the Packers for 12-4. However, after a rash of injuries to the 49ers, Tampa Bay not looking as good as I thought they would look, and Drew Brees’ Saints dropping to 1-1 with a loss on MNF to the Raiders, I think Green Bay has a chance to be 13-3 again, maybe even 14-2..

4. Kansas City Chiefs
The Chiefs drop from Number 2 in my week 1 rankings to number 4 simply for HOW they won on Sunday. While the Ravens blew out the Texans, the Packers crushed the Lions, and the Seahawks outlasted the Patriots on Sunday Night Football, the Chiefs had to come-back to win in OVERTIME against Justin Herbert (making his 1st start of his career) and the Los Angeles Chargers. Herbert was alerted just one-minute before game time that he would be the starter, and for a better part of three quarters he was the better quarterback between he and Mahomes. Now, when all was said and done, the Chiefs escape with a narrow 23-20 win, but something changed. The Chiefs air of invincibility was challenged by a rookie QB, and that was enough to have them fall in my Week 2 rankings.

5. Los Angeles Rams
Last week it was the Saints in at Number 5. After New Orleans’ loss to the Raiders in Las Vegas on Monday night though, they’re now struggling to break my Top 10. I realize that two weeks doesn’t make a season, and after a week 1 win over the Bucs there was still some room, but Michael Thomas’ injury and the lack of arm strength from Drew Brees brings up more questions than answers for the Saints. Enter the Los Angeles Rams. In week 2 the Rams traveled to Philly to take on a highly motivated Eagles club that lost inexplicably to Washington in week 1 and were geared up for a fight. The Rams took the fight right out of the Eagles though and Jared Goff showed why he was the number 1 pick of the draft (same year as Wentz) going for 267 yards (20-27) and 3 TD’s w/no INT’s. On the other side, Wentz went an atrocious 26-43 throwing 2 picks along the way. Los Angeles is in the toughest division in the NFC, but if the injuries to the 49ers are severe, L.A. is poised to be the number 2 team in the division behind the Seahawks.