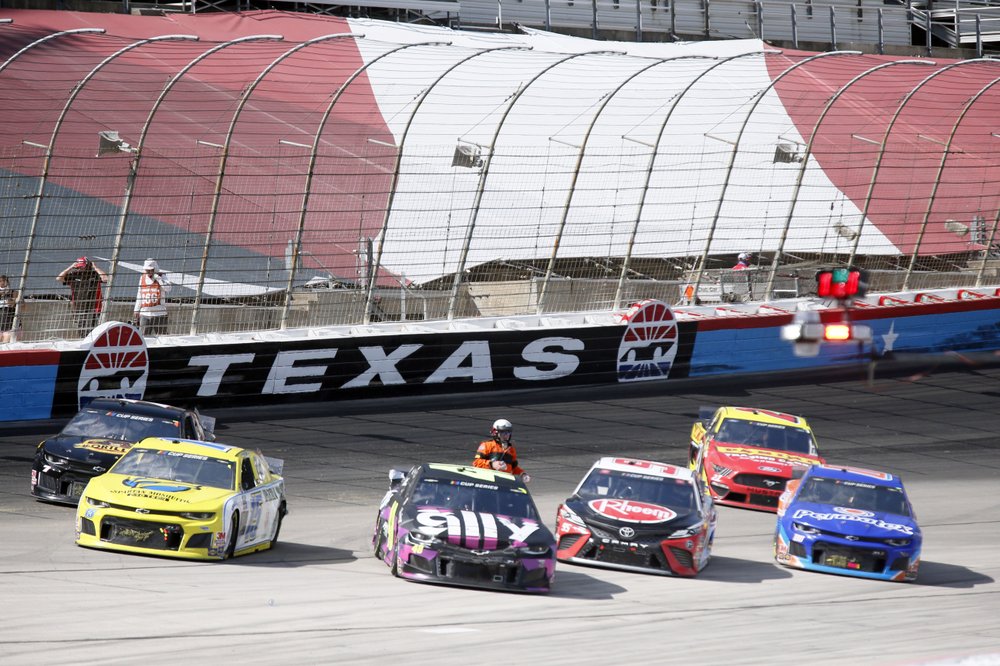 CHARLOTTE, N.C. (AP) — There were two early warning signs that NASCAR was heading into its most unpredictable “silly season” in decades.

Those moves were a wake-up call — the economics that have changed the landscape of NASCAR’s two lower series have finally reached the Cup level.

The coronavirus pandemic has accelerated the inevitable: The driver market bubble, pushed to its limit with multimillion-dollar salaries for nearly two decades, is about to burst. A major reset has arrived and team owners have all the power. They can pick and choose between drivers who bring sponsorship dollars (Bubba Wallace) or drivers who have won races (Erik Jones).

When the music stops, the Cup Series lineup will look radically different. Left standing? It doesn’t look good for Jones, a one-time Kyle Busch protege with a Truck Series title, two Cup playoff appearances and a Southern 500 victory. He is being replaced at Joe Gibbs Racing.

“It’s a tough environment. There’s definitely teams that are struggling to find sponsorship and find money,” Jones said. “There’s rides obviously open out there. I don’t bring anything but my butt, I guess, to put in the seat. It’s challenging.”

Alex Bowman at Hendrick Motorsports and Ryan Blaney at Penske inked extensions before the pandemic. Keselowski agreed to a smaller deal with Penske, a gamble that his value will still be high and the market will have improved in 2022. Aric Almirola renewed at Stewart-Haas Racing, Reddick took the option at RCR, William Byron was extended at Hendrick and Ross Chastain got the seat at Chip Ganassi Racing vacated when Kyle Larson was fired in April for using a racial slur.

That No. 42 had been considered a top available ride and Ganassi awarded it to an eighth-generation watermelon farmer with five combined victories at NASCAR’s lower levels. Chastain is something of a unicorn in that he doesn’t bring sponsorship and doesn’t have a proven Cup record.

Wallace, who has an estimated $18 million in sponsorship to bring with him when he leaves Richard Petty Motorsports, on Monday night said he’d drive for a new team owned by Denny Hamlin and Charlotte Hornets owner Michael Jordan.

He was supposed to be the top free agent this year but was banished to sprint cars after his firing five months ago. Larson has won 35 races since, is awaiting the appropriate time to apply for reinstatement to NASCAR and, if sponsors agree to forgive him, he should get a job.

The top prize is a seat at Hendrick Motorsports, which will replace seven-time champion Jimmie Johnson. It’s the job opportunity of a lifetime and LaJoie made a run at it back in January when he hand-delivered a letter to Rick Hendrick at the Hall of Fame ceremony.

Every indication is that Hendrick is the only logical place for Larson, though the team has not said if he is a contender for Johnson’s No. 48. That could be because Larson instead could land the No. 88 with Bowman moving to the No. 48.

Hamlin on Monday night ended months of speculation by announcing he’s partnering with Jordan on a one-car team that will prepare the three-time Daytona 500 winner for his future. Hamlin and Jordan selected Wallace to drive and bought a charter from Germain Racing.

Stewart-Haas Racing said it doesn’t expect to change its four-car lineup and Clint Bowyer is the only driver still unsigned. Briscoe, who has seven Xfinity Series wins for SHR this season, wants a promotion; it is not clear what he will do if Bowyer is extended for another year.

Cindric, the regular-season Xfinity champion, is at the mercy of Team Penske. The organization could field a fourth car for him, could stash him in Matt DiBenedetto’s seat at Wood Brothers Racing or leave him in Xfinity another year. But if Cindric is called up to Wood Brothers, it’s going to put DiBenedetto in a tight spot. He wants to return to that team next year and the contractual deadline is September for his option to be picked up.

Richard Petty Motorsports said it plans to be on the grid next season with a replacement for Wallace, and Suarez is a potential fit. It will be difficult because Wallace was RPM’s sponsorship draw.

Waiting and watching is Spire Motorsports, which bought another charter from Leavine Family Racing and is committed to fielding two cars in 2021 in alliance with both Hendrick and Ganassi. The team is currently eyeing Justin Haley, who won the 2019 July race at Daytona for Spire, and LaJoie. Spire knows some top drivers may slip to its level and it also has the ability to field more than two cars next year.

Former driver Justin Marks has also been chasing a charter because he’s betting on an overhauled business model in NASCAR when it introduces a new car in 2022. The pandemic delayed the “Next Gen” car, which is expected to dramatically reduce costs and encourage new team ownership. Spire bought into that belief three years ago, Marks wants in on the action and Hamlin also sees value in the upcoming model.

“Certainly, the financial model hopefully will get better in the next few years for the team owners,” Hamlin said before announcing the partnership.

There are at least a dozen other drivers chasing Cup deals in a flooded market where even backmarker teams are appealing as gainful employment. Drivers like Jones are at the mercy of how other deals play out.

“It’s hard to focus on the race team. You want to go out and focus on that and you’re spending your whole week trying to focus on meetings and phone calls and meeting with new teams, prospective sponsors. So it’s crazy and it’s busy and it’s hard to do your day job.”

TOP PHOTO: FILE – A NASCAR official checks drivers as the race was red flagged for over 11 minutes due to an 11-car incident during a NASCAR Cup Series auto race at Texas Motor Speedway in Fort Worth, Texas, Sunday, July 19, 2020. (AP Photo/Ray Carlin)

0
0   0
previous High school football, volleyball in Minnesota are back, after postponement until spring
next Indianapolis gets back on track with defense, running game
Related Posts