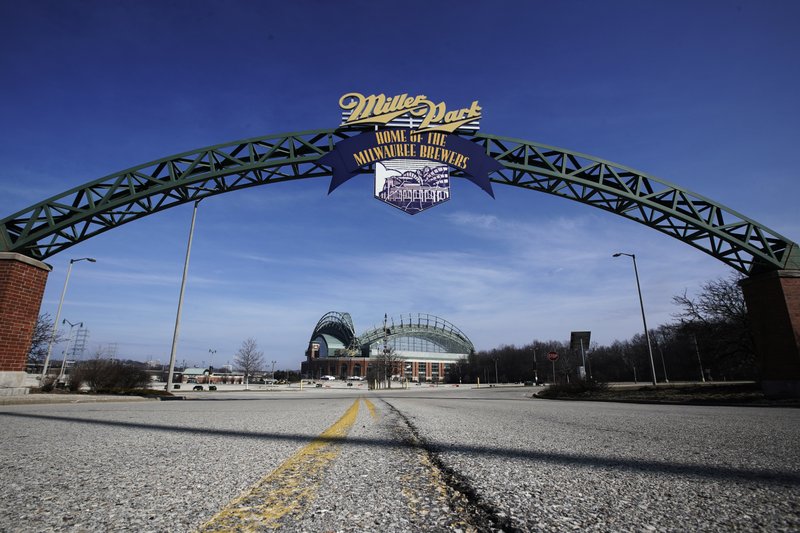 Brewers officials say the man was apprehended by law enforcement shortly after gaining access to the field. Milwaukee police said a 40-year-old man was arrested in the burglary and noted that the incident occurred shortly after 7:30 a.m.

Both the Brewers and the police said the incident resulted in “minor damage” to Miller Field’s playing surface. The team provided no additional details.

Miller Park has served as the Brewers’ home stadium since 2001. While speaking to the Greater Milwaukee Committee last week, Brewers owner Mark Attanasio said he would prefer that the Brewers hold their preseason workouts in Milwaukee rather than their spring training home in Arizona if Major League Baseball decides to go on with its season.

TOP PHOTO: Miller Park is seen March 24, 2020, in Milwaukee. The Brewers were supposed to host Opening Day on Thursday, but the season start was postponed by Major League Baseball because of the coronavirus pandemic. (AP Photo/Morry Gash)