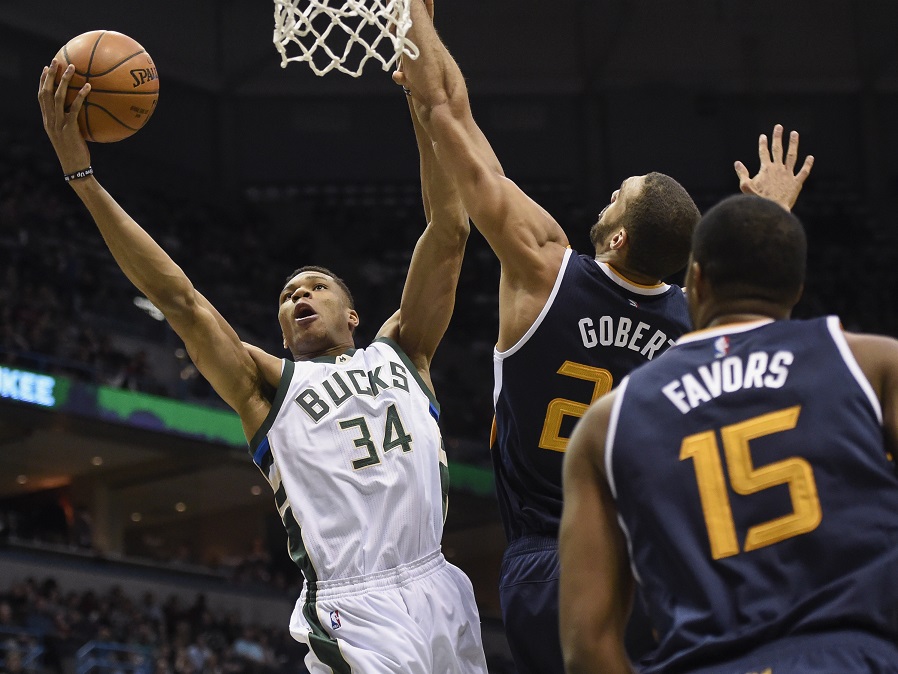 The NBA became the first major American sports league to suspend play because of the coronavirus pandemic, raising questions Wednesday night about the future of college basketball’s March Madness and other pro sports.

It looked as if the NBA might be moving toward playing in empty arenas before it announced that a Utah Jazz player tested positive for the coronavirus and it had decided to pause its season after Wednesday’s games.

A person with knowledge of the situation said the Jazz player who tested positive was center Rudy Gobert. The person spoke to The Associated Press on condition of anonymity because neither the league nor the team confirmed the presumptive positive test.

“The NBA will use this hiatus to determine next steps for moving forward in regard to the coronavirus pandemic,” the league said in a statement.

The test result, the NBA said, was reported shortly before the Utah at Oklahoma City game was called off. New Orleans at Sacramento also was postponed after the announcement.

NCAA President Mark Emmert said earlier in the day that only essential staff and limited family will be allowed to attend the upcoming NCAA basketball tournaments, draining the signature school spirit from one of the biggest events on the sports calendar.

But the organization could reassess its plans in the wake of the move by the NBA.

The National Hockey League said it’s aware of the NBA’s decision and is continuing to consult with medical experts and evaluate options. It expects to have another update Thursday.

Also Wednesday, the Mariners said they will move their home games in March out of Seattle, the U.S. city hardest-hit by the outbreak; the team and Major League Baseball have not decided whether the games will be played at the opponent’s ballpark or a neutral site.

The Athletics announced they are working on alternate plans for their season-opening series at the Coliseum after the City of Oakland imposed a ban on gatherings of 1,000 or more people through the end of March. The team hasn’t said whether it was considering a different location for the games or playing in an empty ballpark.

And the Italian soccer club Juventus said defender Daniele Rugani has COVID-19 — the first player in the country’s top division to test positive. The team said Rugani and “those who have had contact with him” have been isolated.

The pinnacle of the college basketball season, the NCAA Tournament is a month-long festival of pep bands and face-painting and a cash cow that, along with football, helps fund non-revenue sports at schools throughout the country. The decision to play in fanless arenas will cost millions in ticket sales but preserve billions in TV rights fees.

The 68-team men’s tournament is scheduled to begin Tuesday in Dayton, Ohio, where Gov. Mike DeWine has announced plans to ban “mass gatherings” to combat the spread of COVID-19, which was declared a global pandemic by the World Health Organization on Wednesday.

Elsewhere, the Ivy League canceled all spring sports, as many American schools told students not to return from spring break and prepare for classes to be taught online. The conference had already canceled its men’s and women’s basketball tournaments.

Other college basketball leagues went ahead with their postseason tournaments Wednesday with fans in attendance, although the Big Ten, Big 12, Pac-12, Big East, SEC, A-10 and ACC announced there would be no fans starting Thursday. The group that owns the Capitals said their games will go on — with fans — despite a D.C. Department of Health recommendation that “non-essential mass gatherings” be postponed or canceled because of the coronavirus.

Also bucking the trend toward caution: The major auto racing circuits also said they plan to race as scheduled this weekend, including a season-opening IndyCar event that is the centerpiece of a three-day street festival expected to draw about 130,000 people to St. Petersburg, Florida. There will be additional hand-washing and sanitizing stations.

NASCAR will race at Atlanta Motor Speedway as scheduled. Reporters will observe a six-foot buffer when interviewing drivers.

More than 1,000 people have tested positive for the novel coronavirus in the United States, with 32 deaths; those rates are expected to continue to rise.

Most people quickly recover from the virus after experiencing only mild or moderate symptoms, such as fever and cough. For some, especially older adults and people with existing health problems, it can cause more severe illness, including pneumonia.

According to WHO, people with mild illness recover in about two weeks, while those with more severe illness may take three to six weeks to recover. In China, where the virus first exploded, more than 80,000 people have been diagnosed and more than 58,000 have so far recovered.

The Mariners and Major League Baseball have not announced where they will play the team’s first two series: against the Texas Rangers from March 26-29 and the Minnesota Twins from March 30 through April 1.

Washington Gov. Jay Inslee prohibited gatherings of more than 250 people in Seattle, which has experienced the most COVID-19 deaths in the U.S.

“While we hope to be back to playing baseball in Seattle as soon as possible, the health and safety of our community is the most important consideration,” the Mariners said.

Chicago Cubs pitcher Yu Darvish thinks an MLB player will get the virus eventually, and when that happens, he expects MLB to suspend its season just as the NBA did.

A message was left seeking comment from Major League Baseball after the NBA announced its hiatus.

Despite his concerns about a player being diagnosed, Darvish said he was not yet urging MLB to postpone opening day, which is set for March 26.

“I’m not MLB commissioner so I can’t say anything about it,” he said. “But if I’m the commissioner, I want to see more, like one more week.”

The governing body of European soccer said the games between Sevilla and Roma in Spain, and Inter Milan and Getafe in Italy “will not take place as scheduled.”

Italian soccer club Roma had said earlier Wednesday it would not make its trip to Seville because “the plane from Italy was not authorized to land in Spain.” Getafe President Ángel Torres had said his team would not travel to Italy because he did not want to risk his players’ health by going to an area struggling to contain the spread of the virus.

The Italian soccer federation ordered Italy’s women’s team to return home before the end of the Algarve Cup tournament in Portugal fearing it would not be able to get a flight back. On Wednesday, the Portuguese soccer federation canceled the final between Italy and Germany.

Italy had already suspended all sporting events until April 3.

The World Figure Skating Championships in Montreal next week were canceled. The top skating competition for a non-Olympic year was scheduled to bring nearly 200 skaters from more than 50 countries to Montreal.

Less than 24 hours before the first race, the International Ski Federation canceled the women’s Alpine skiing World Cup in Are, Sweden, handing Federica Brignone of Italy the overall title and denying Mikaela Shiffrin a return to racing this season.

Shiffrin, the defending overall champion, had announced earlier Wednesday that she would compete at the event after taking a six-week break from the sport following the death of her father. The absence cost her the lead in the overall standings.

The Fed Cup Finals in Hungary were postponed after the local government said it was prohibiting public indoor gatherings of more than 100 people. The International Tennis Federation said it would try to find another suitable date for the women’s tennis competition.

The French League Cup final between Paris Saint-Germain and Lyon, scheduled for April 4, was postponed. A new date has yet to be announced.

Russian league games in Moscow will be limited to 5,000 people in the stadium under new health regulations in the capital. Besides fans, that includes players, team staff, stadium employees and security.

A global esports league with teams in North America, Europe and Asia is canceling all matches through March and April. The Overwatch League had already postponed all events in China and South Korea due to the outbreak.