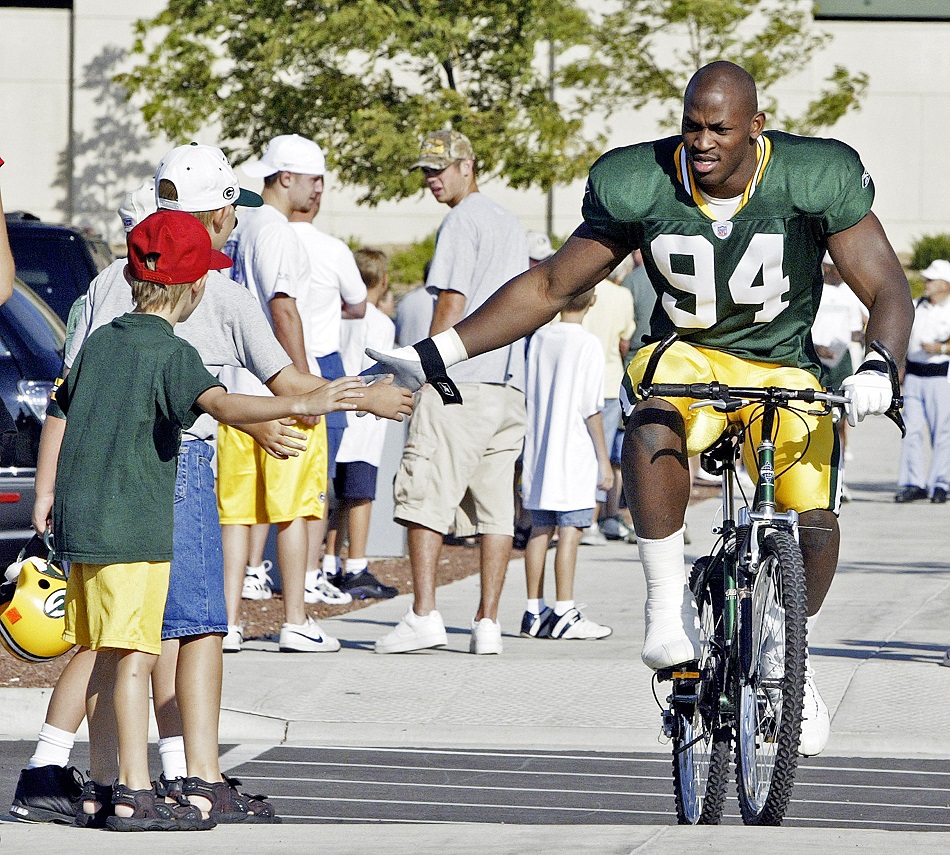 GREEN BAY, Wis. (AP) — A judge has imposed a four-year restraining order against former Green Bay Packer Kabeer Gbaja-Biamila following an incident last month in which he allegedly sent two armed men to a Christmas pageant for a school that his children attend.

Gbaja-Biamila was inducted into the Packers Hall of Fame in 2013 for his 74.5 sacks during a four-year career. He now professes membership in the Straitway Truth Ministry, a group that identifies itself as a Hebrew Israelite church and doesn’t celebrate Christmas.

Friday’s hearing before Brown County Court Commissioner Phoebe Mix was to determine if he and two of his religious followers should be legally enjoined against setting foot on the property at Providence Academy or bothering its headmaster, Ron Jung, the Green Bay Press-Gazette reported Saturday.

The case stemmed from an incident Dec. 17 when Gbaja-Biamila sent the two followers, Jordan Salmi, 24, of Onalaska, and Ryan Desmith, 22, of Friendship, to attend Providence Academy’s Christmas pageant.

Desmith and Salmi are charged with trespassing for failing to leave when told to by Jung and police. Both are also accused of carrying concealed pistols into the event, along with 34 rounds of ammunition.

The two did not display the weapons nor create a disturbance. Gbaja-Biamila, who showed up as they were being arrested, left the premises when police told him to, and was not charged.

He later said that Desmith and Salmi attended the pageant at his request to photograph his three sons and a daughter because he objected to their participation on religious grounds. Gbaja-Biamila shares custody of the children with his ex-wife.

“We are not respondents,” Gbaja-Biamila protested when Mix called the case. “We are only men. … We’ll bill you $10 per second if you want to (call us that).”

Following the pageant incident, Jung testified, he started the school’s Christmas break two days early out of safety considerations and enlisted police and private security for student drop-off and pickup times. He said four families dropped out of the school because of worries over the incident.

Mix ordered that Gbaja-Biamila, Salma and Desmith not come within 100 feet of Jung, the school and school events for four years.

Gbaja-Biamila told the newspaper afterward that he was not surprised by the outcome.