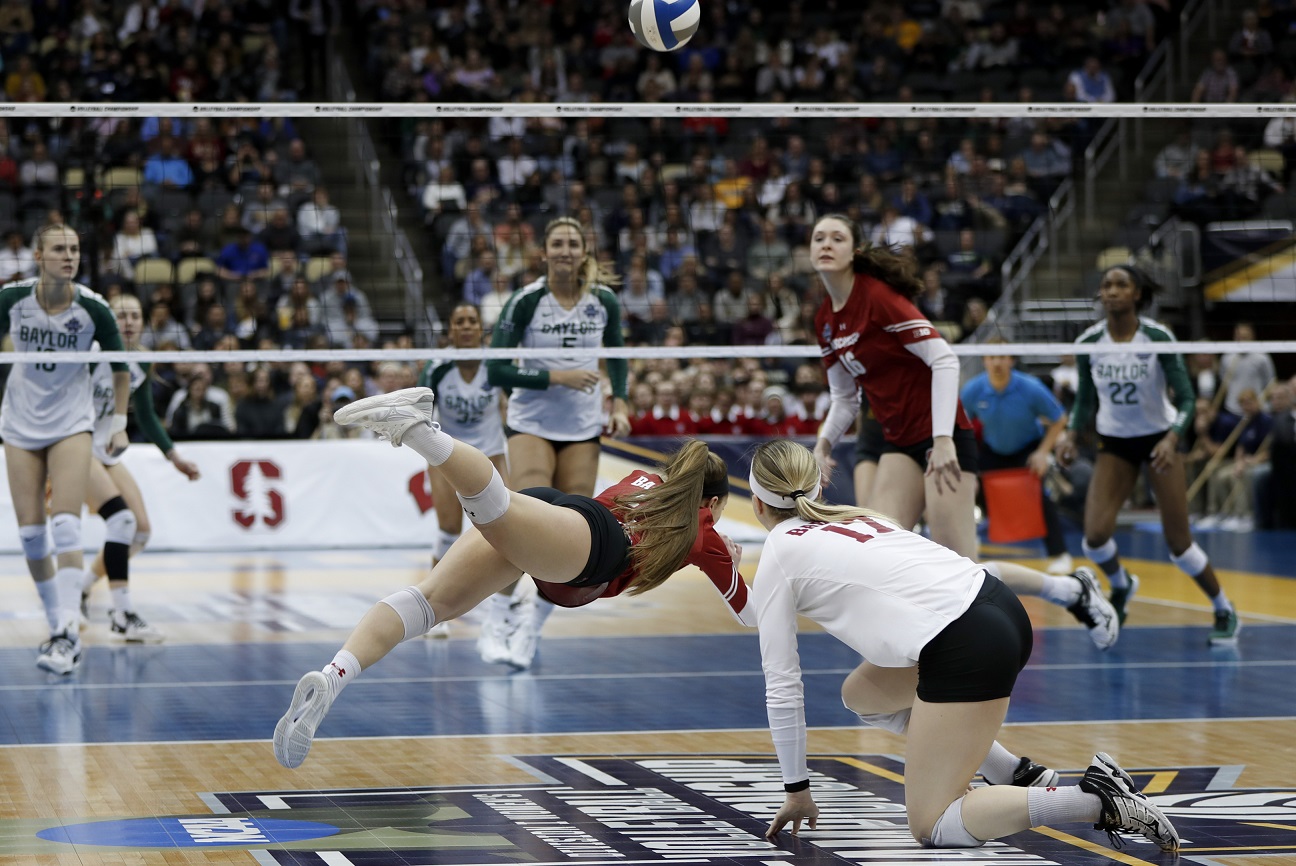 Badgers take down No. 1 Baylor, set to face Stanford for National Championship

Badgers take down No. 1 Baylor, set to face Stanford for National Championship

PITTSBURGH — It won’t be Wisconsin vs. Minnesota for a National Title, but not because the Badgers didn’t live up to their end of the bargain.

“I think it will hit me after tomorrow,” Haggerty said. “We’ve all dreamed about being in these moments, and I think we’re just really excited to be here and, like we always talk about, live in the moment, be where our feet are. I think we did a great job of that tonight for sure.”

Wisconsin lost 3-1 in Madison back in early September to Baylor (29-2), in the midst of a 2-4 slump. Since, however, the Badgers are 23-2, and have lost just one set — the first against the Bears — in the tournament

“We didn’t really panic or anything,” setter Sydney Hilley said of that first set. “We knew there was a lot of volleyball left and we knew the match wasn’t going to be decided by just one set.”

Tiffany Clark added 18 digs for Wisconsin, which held the Bears to a .183 hitting percentage.

Yossiana Pressley, the unanimous Big 12 player of the year, led Baylor with 25 kills and 16 digs. Pressley also finished with 12 errors.

“To hold that team under .200 and to hold an elite player like Pressley under .200, it was just a great defensive effort,” Badgers coach Kelly Sheffield said.

This will be the Badgers’ third trip to the National Championship, going now 3-for-3 in semifinal matches. But, in the championships before this one, they lost both in 2000 and 2013.