Home NEWS COLLEGE UWL looks for another signature win; this time against No. 3 UW-Whitewater 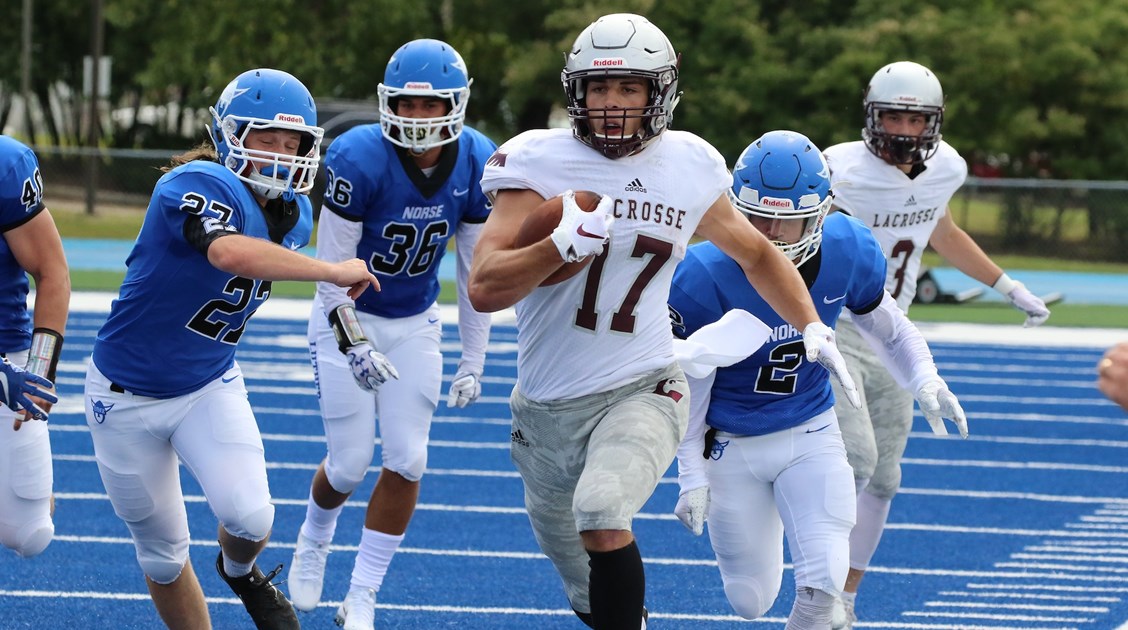 UWL looks for another signature win; this time against No. 3 UW-Whitewater

UWL looks for another signature win; this time against No. 3 UW-Whitewater

The UW-L defense, which forced two turnovers in last week’s 31-3 win, after lacking in that category previously, will be relied on heavily Saturday.

“Their game is to run the ball,” UWL coach Mike Schmidt said. “We have to be aggressive and rely on our guys to be there on the back end.”

Offensively, Schmidt added that they won’t be changing up the gameplan just because it’s UW-Whitewater.

“We can’t play Whitewater 17-14,” Schmidt said. “We can’t win that way. We have to push the ball down the field and, obviously, we’ve had some success with that lately.”

Success is putting it mildly.

The Eagles have played on a different level than the team that stumbled out of the gate 2-2 — both wins in overtime, including one on a defensive touchdown that made ESPN’s Top 10 that weekend.

“That’s the expectation that I have for our guys, and I don’t think we’ve reached the peak,” Schmidt said. “I think we’re a good team, we’re finally playing the way we should be.”

The Eagles need to win out the remainder of the season to keep their playoff hopes alive. Currently, they’re tied with UW-O (5-2, 3-1) and UW-Platteville (6-2, 3-1) for second place in the conference.