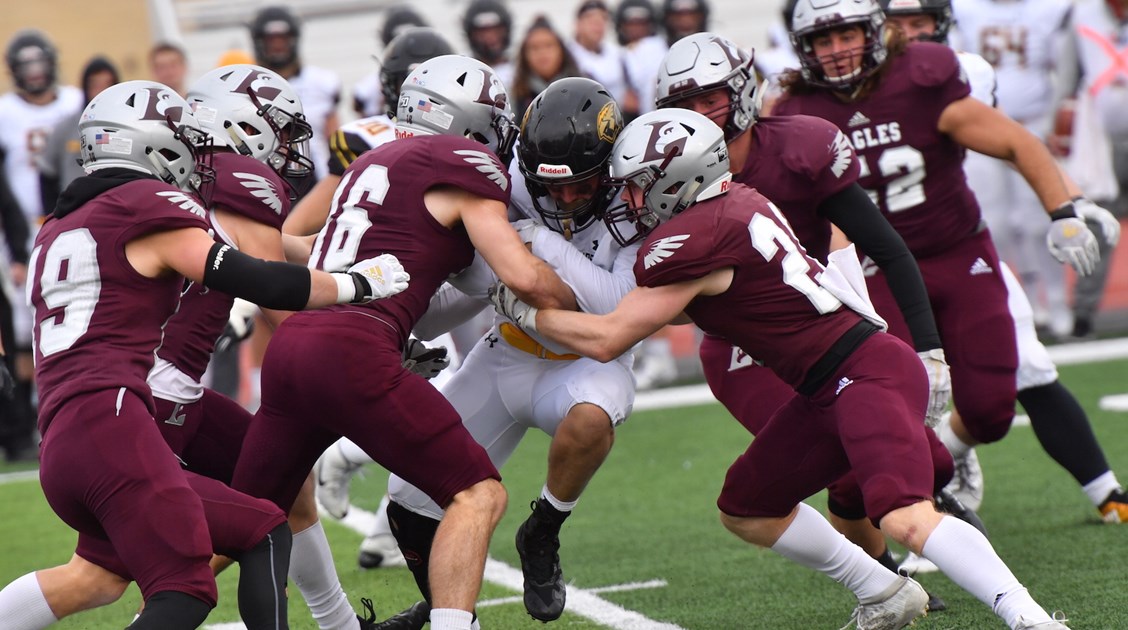 For the first time since 2011, the University of Wisconsin-La Crosse football team has beaten UW-Oshkosh.

Cole Spieker had six receptions for 170 yards, including a 19-yard touchdown in leading the Eagles to the 31-3 win — snapping an eight-game losing streak to the Titans.

The Eagles (5-2, 3-1 WIAC) scored all four touchdowns in the first half, led off by a Joey Stutzman 1-yard run that capped off a 5-play, 68-yard opening drive.

Evan Lewandowksi, coming off an NCAA DIII record nine-touchdown performance last week, was 24-for-39 for those 352 yards with two TDs and three interceptions in the win. If it wasn’t Spieker, it was Cameron Sorenson hauling in a lot of that yardage. The sophomore had nine catches for 121 yards and a score.