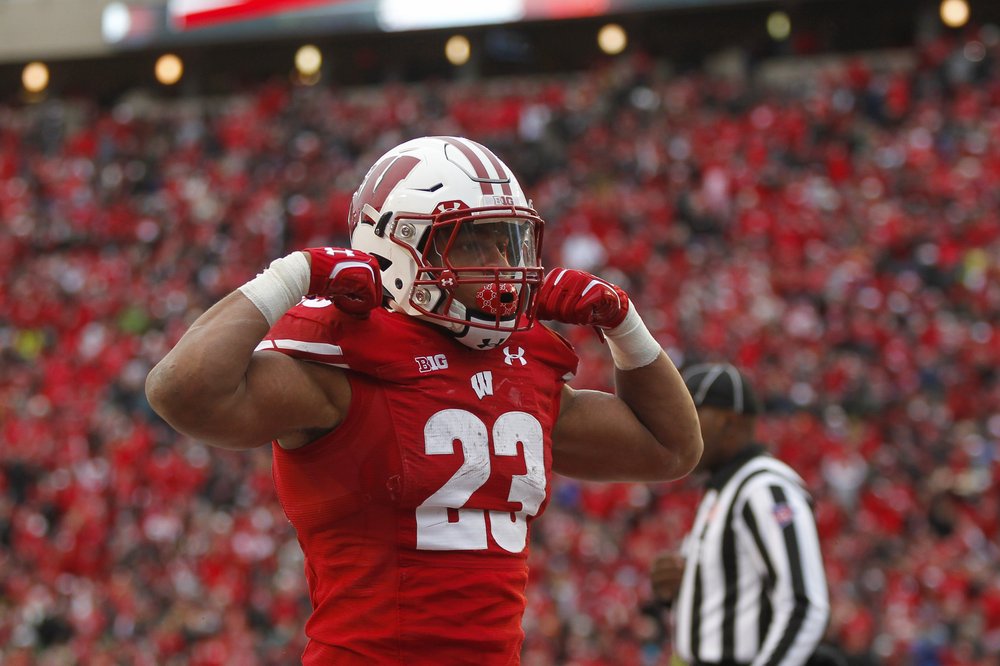 The Spartans’ defense limited Taylor to just 80 yards on 26 carries, marking the first time this season the Heisman Trophy hopeful was held under 100.

But Michigan State was held to 149 yards, 30 rushing, and couldn’t find any rhythm as the Spartans fell to the Badgers 38-0.

“This is collectively a group of people who didn’t succeed, coaches, players, and I’m not going to stand here and blame the players,” Dantonio said. “I’m not going to do that.”

The Badgers dominated time of possession 39:10 to 20:50, Taylor rushed for two touchdowns and Wisconsin’s defense posted its fourth shutout of the season.

“I said it last week, those guys are playing lights out. I don’t have any other words. They’re No. 1 in the nation,” Taylor said of his defensive teammates.

Jack Coan completed his first seven passes for Wisconsin (6-0, 3-0 Big Ten) and finished 18 of 21 for 180 yards and a touchdown to win his eighth straight start since last season.

“Nothing really good happened for us,” Dantonio said. “I don’t think we quit. I don’t think that happened. It was 17-zip at half and 17-zip into the third quarter but we never really got anything going until the end of the game.”

The Spartans had just seven first downs and were 2 for 14 on third down.

The Badgers last had four shutouts in 1930, when they had five.

Wisconsin did not score a touchdown on its opening drive for the first time this season. Taylor had scored touchdowns on the Badgers’ opening possession in five straight games.

Taylor scored from a yard out, Coan threw a 19-yard touchdown to Quintez Cephus and Collin Larsh kicked a 29-yard field goal to put the Badgers ahead 17-0 at the half.

Michigan State had the ball for less than 7 minutes in the first half and managed just one first down and 38 total yards the first two quarters.

The Spartans got a little momentum when Tyriq Thompson ran for 20 yards and a first down on a fake punt on Michigan State’s first drive of the second half. But back-to-back sacks by Orr and Isaiahh Loudermilk forced yet another Spartans punt.

Taylor opened the fourth with his second touchdown, a 1-yarder than made it 24-0.

Zack Baun picked off Lewerke and returned it 34 yards for a fourth-quarter touchdown. The score marked the fourth by the Badgers’ defense this season. The unit has only allowed four touchdowns all year.

“The pick-six came from preparation, really,” Baun said. “A lot of work in the film room and understanding the route concepts. They had a bust to bunch to the field and two split out to the boundary. We know that in that formation, they like to run double slants and I dropped and entered the zone and he threw it right to me.”

Kendric Pryor scored the final touchdown on a 66-yard run.

Michigan State: The Spartans were completely overmatched offensively, defensively and on special teams. Dantonio’s group has to hit the reset button during its bye week after getting outscored 72-10 against two of the top teams in the Big Ten.

“We just have to pick ourselves up, confidence-wise,” defensive tackle Raequan Williams said. “Everyone’s questioning themselves. But we’ve got a bye week this week. It’s a good time, definitely.”

Wisconsin: The Badgers padded their resume with another dominant performance. With the win, Wisconsin is bowl eligible for the 18th consecutive season. The Badgers’ run of 17 straight bowl games is the longest streak in the Big Ten and is tied with Boise State for fifth nationally.

Wisconsin should move up. Its defense backed up its No. 1 national ranking. After a game at Illinois, the Badgers go to Columbus for a showdown with Ohio State in a likely meeting of unbeatens.