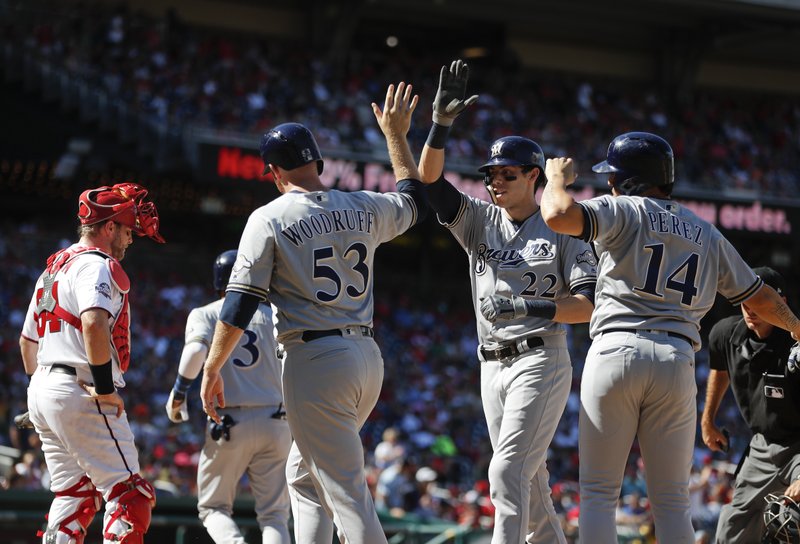 BOTTOM LINE: Washington enters the game as winners of their last four games.

The Nationals are 34-25 on their home turf. Washington’s team on-base percentage of .332 is third in the National League. Juan Soto leads the lineup with an OBP of .401.

The Brewers are 27-32 on the road. Milwaukee has hit 190 home runs this season, ninth in the National League. Christian Yelich leads the club with 39, averaging one every 10.4 at-bats.

TOP PERFORMERS: Anthony Rendon leads the Nationals with 26 home runs and has 92 RBIs. Soto is 10-for-30 with a double, four home runs and eight RBIs over the last 10 games for Washington.

Yelich leads the Brewers with 134 hits and is batting .329. Keston Hiura is 10-for-38 with two doubles, three home runs and six RBIs over the last 10 games for Milwaukee.