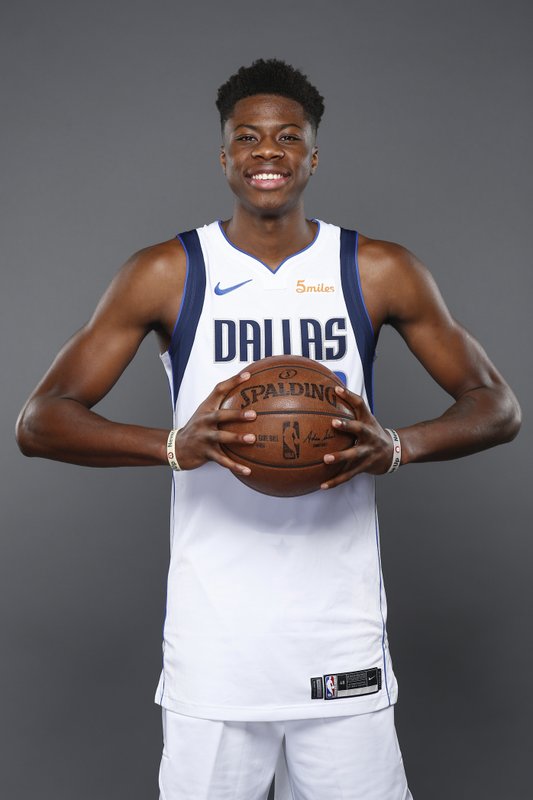 EL SEGUNDO, Calif. — With news the Los Angeles Lakers have claimed the rights to 21-year-old Kostas Antetokounmpo, fans on Twitter taking quite the leap on getting MVP Giannis Antetokounmpo next.

If signing Antetokounmpo brothers was means to landing the original Greek Freak, the Bucks are one step ahead, since they signed Thanasis Antetokounmpo last week.

For the record, Giannis Antetokounmpo is signed through the 2020-21 season and, if he re-signs with Milwaukee, could be the NBA’s highest-paid player — eligible for a five-year, $247-million extention next summer.

Kostas Antetokounmpo played in two games for Dallas last season. The Mavericks acquired him in a draft-night trade last summer after Philadelphia chose him with the 60th and final pick. The 6-foot-10 forward played 40 games for the Mavs’ G League affiliate last year, when he averaged 10.6 points and 6.2 rebounds.

The Mavericks waived him Friday.

Antetokounmpo attended high school in suburban Milwaukee while his older brother began his NBA career. He then spent two seasons at the University of Dayton.

TOP PHOTO: FILE – In this Sept. 21, 2018, file photo, Dallas Mavericks forward Kostas Antetokounmpo, of Greece, poses for a photo during the NBA basketball team’s media day in Dallas. The Los Angeles Lakers have been awarded the rights to Kostas Antetokounmpo on a waiver claim. The Lakers announced the move Monday, July 22, 2019, to acquire the 21-year-old brother of Milwaukee Bucks superstar Giannis Antetokounmpo. (AP Photo/Jim Cowsert, File)