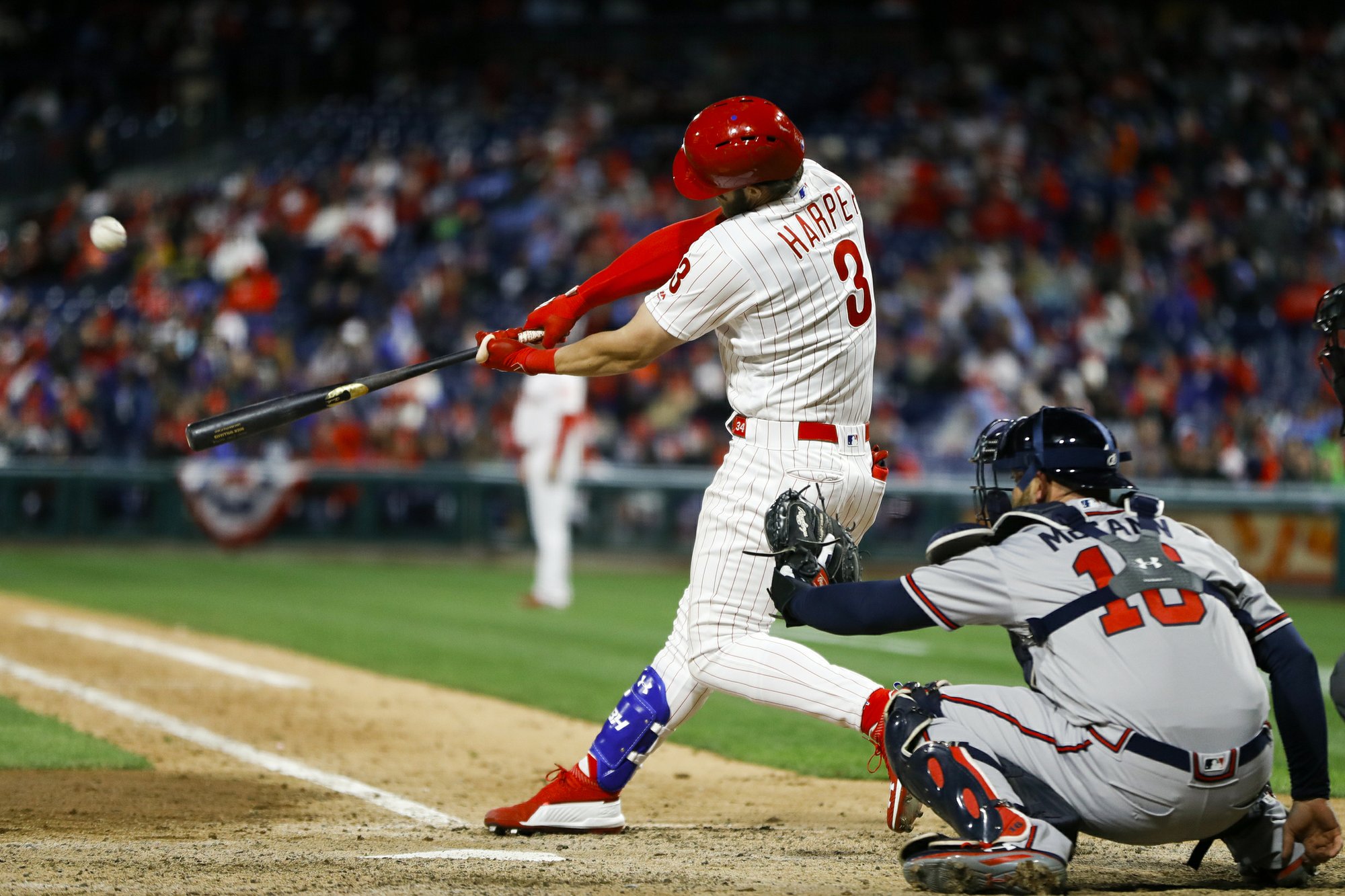 The Milwaukee Brewers wrap up their four-game series at the Philadelphia Phillies at noon Thursday.

The 33-year-old Gonzalez gave up just 1 run, striking out five and walking one in the win.

Meanwhile, Arrieta, who gave up five runs and four walks in six innings with five strikeouts, will make $25 million this season — a season in which he’s 4-4 with a 4.02 ERA.

And, sticking with the theme, in three games against the Brewers, $330-million Bryce Harper is now 1-for-10 with six strikeouts, two walks.

Between the two, they have half the strikeouts Harper does in the series and, on the season, Yelich and Moustakas have a combined 65 strikeouts, while Harper “only” has 57.