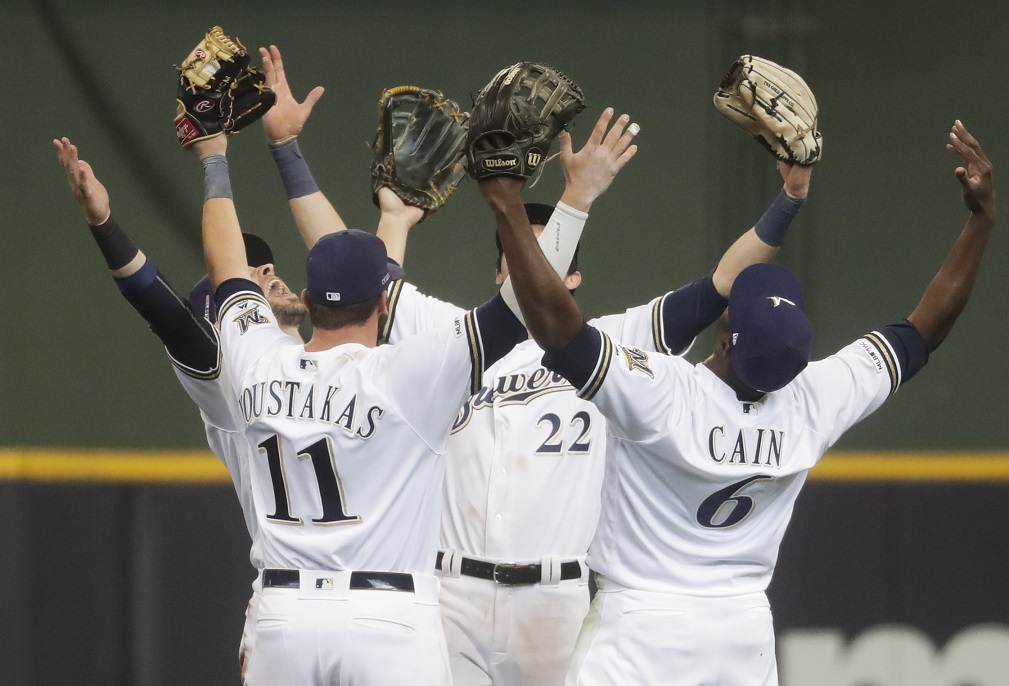 A look at what’s happening around the majors Monday:

Oakland right-hander Mike Fiers (3-3, 5.48 ERA) pitches in Seattle, starting for the first time since his second career no-hitter Tuesday against Cincinnati. Fiers lost to the Mariners on opening day in Japan.

Rookie left-hander Yusei Kikuchi (2-1, 3.54) gets the ball for Seattle after a masterful outing at Yankee Stadium that raised eyebrows last week. A dark substance was spotted smeared under the bill of Kikuchi’s cap — possibly illegal pine tar. Major League Baseball issued no penalty afterward or even a statement on the matter. “It’ll work itself out,” Mariners manager Scott Servais said the next day. Coming off a 2-8 road trip, struggling Seattle (20-23) has lost four in a row and 15 of 19 after opening 13-2.

After dropping two of three to the Cubs at Wrigley Field over the weekend, Christian Yelich and the Milwaukee Brewers visit Philadelphia to face another National League division leader. Aaron Nola (3-0, 4.57 ERA) starts for the Phillies in the opener of a four-game set. Nola has given up just one run in each of his last three outings.

George Springer and the Astros try to extend their five-game winning streak when they start a series in Detroit. Springer went 5 for 5 with four RBIs and a pair of home runs that increased his total to an AL-high 15 as Houston routed Texas 15-5 on Sunday. He hit his fifth leadoff homer this season and became the first Astros player to have five hits and score five runs in a game. Alex Bregman also went deep twice and tied his career best with five RBIs as the AL West leaders set season highs for runs and hits (18). Brad Peacock (3-2, 4.30 ERA) pitches the opener against the Tigers after striking out a career-high 12 in seven scoreless innings Wednesday against Kansas City.

The injury-ravaged Yankees plan to activate center fielder Aaron Hicks when they return home to face Baltimore. Hicks hurt his back in spring training March 1 and needed two cortisone shots. He went 3 for 4 with two doubles and a homer for Triple-A Scranton/Wilkes-Barre on Saturday, leaving him 3 for 18 in five minor league rehab games. The RailRiders were rained out Sunday. The 29-year-old Hicks agreed to a $70 million, seven-year contract in February.

New York also hopes to have catcher Gary Sánchez and infielder Gleyber Torres back in the lineup after both sat out Sunday. Sánchez was hit hard on his catching helmet by Guillermo Heredia’s backswing Saturday night in the eighth inning but stayed in the game. Torres played Saturday, one day after getting hit by a pitch on the right elbow. The Yankees won two of three at Tampa Bay to move within a half-game of the first-place Rays in the AL East.

Arizona pitcher Robbie Ray needs six strikeouts against Pittsburgh to reach 800 for his career. He would become the second-fastest lefty to reach the plateau in terms of appearances (125), behind Frank Tanana (120). Ray also could be the third-fastest left-hander to 800 Ks in innings pitched, behind relievers Aroldis Chapman (480 2/3) and Billy Wagner (597 2/3). Ray has pitched 660 innings in six big league seasons with Detroit and Arizona. Right-hander Nick Kingham will make his second start since moving from the bullpen for the Pirates.

MLB owners OK plan that could lead to July start