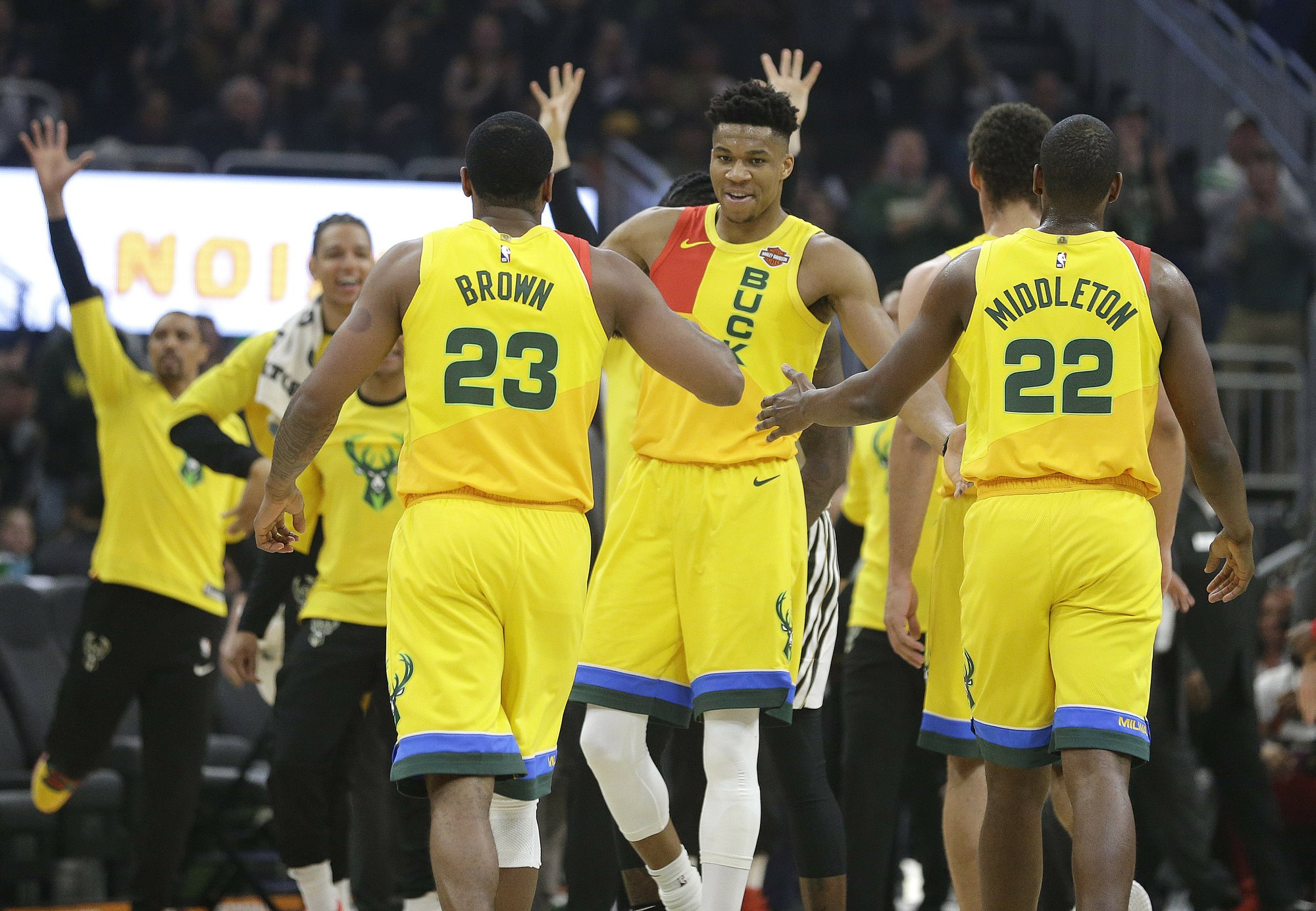 MILWAUKEE (AP) — Giannis Antetokounmpo scored 30 points and Khris Middleton added 21 to send Milwaukee to a methodical 115-107 victory over the Atlanta Hawks on Sunday night, giving the Bucks 60 wins in a season for the first time since 1981.

The Bucks, who have clinched the best record in the Eastern Conference, led from the outset as the Hawks rested leading scorers John Collins and Trae Young.

Middleton countered with consecutive 3-pointers and Antetokounmpo connected from beyond the arc to put Milwaukee up 110-98.

Alex Len had a career-high 33 points for Atlanta, including six 3-pointers.

None of the Bucks’ starters played more than 27 minutes and 11 of 12 available players each logged at least 19 minutes.

Vince Carter hit two free throws to cap a 10-point run that pulled Atlanta to 78-71, but the Bucks pushed the lead to 85-72 entering the fourth.

Milwaukee, which lost in the first round of the playoffs each of the last two seasons, has not advanced past the opening round since making the Eastern Conference finals in 2001.

Hawks: Young (19.1 points per game), who had started all 80 games, and John Collins (19.5 ppg) did not play due to load management. “We figured today would be a good day to sit them and finish the season on a high note at home,” coach Lloyd Pierce said. “That’s really important for us as a team and with what we’ve been through this year.”

Bucks: Antetokounmpo, who did not play in Saturday’s 133-128 loss to the Nets because of left calf soreness, was questionable for this one. But he was back in the lineup after experiencing no setbacks during pregame warmups.

The Hawks host Indiana on Wednesday.

0
0   0
previous Bucks clinch best record in NBA with win over 76ers
next Bucks get Blake, Pistons in first round of NBA playoffs
Related Posts