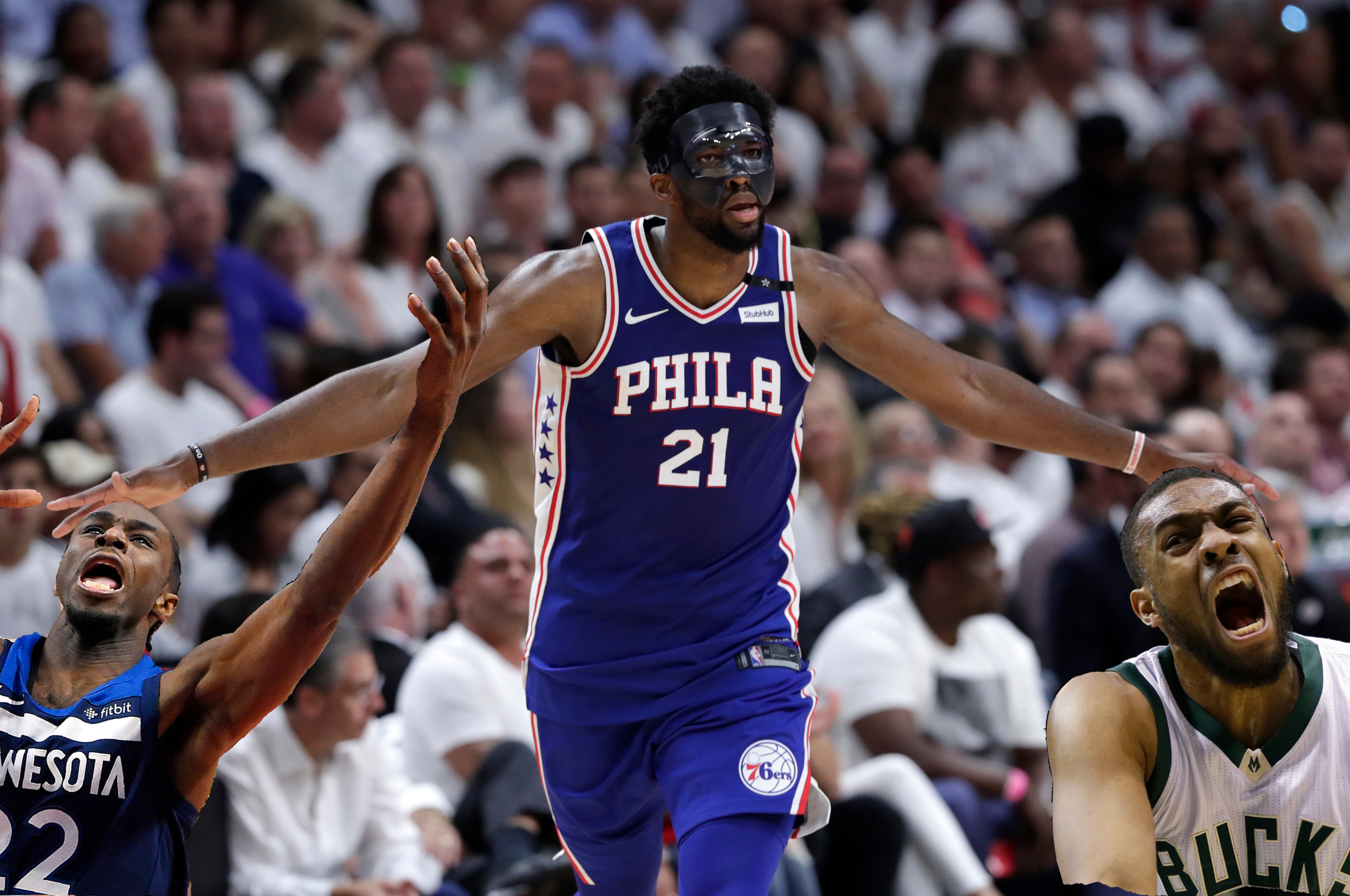 EMBIID PLAYS, meaning only took 4 years for the Top 3 picks of 2014 draft to make playoffs

EMBIID PLAYS, meaning only took 4 years for the Top 3 picks of 2014 draft to make playoffs

They all needed four years to make the playoffs but only Embiid has a win, so far (though one could argue Andrew Wiggins is kind of the biggest winner having already signed a max deal).

If you remember, it was much debated who should go No. 1 between Embiid,  Wiggins and Jabari Parker.

Wiggins went first to the Cavs but was traded to Minnesota. The Bucks took Parker No. 2 and Embiid slipped to three because of injury concerns (and Philly always takes the guy that needs a year to get healthy).

It should be noted, though, that at least one person in Wisconsin maintained the Bucks should have taken Embiid.

I won’t mention who but it’s the same guy who said LeBron James should come back to Cleveland and the Cavs should trade the No. 1 pick (Embiid) for Kevin Love (and others).

Anywell, with his Zorro mask to protect the orbital bone, Embiid missed his first five shots Thursday but ended up leading the Sixers with 23 points in a 128-108 win over the Miami Heat.

Wiggins is 0-2 in his playoff debut against the top-seeded Houston Rockets. The max player is averaging 15.5 points on 44.5 percent shooting and 2.5 turnovers.

After the Game 2 loss, Parker complained about his role with interim coach Joe Prunty, who I maintain should have just been fired after Game 1.

Parker also, according to WISN’s Stephen Watson, “mentioned the only way to see the floor more was to be on the ‘coach’s good side.’ When asked if he was on Prunty’s good side, (Parker) smirked and said ‘I don’t think so.’”

Perhaps Prunty is keeping Parker off the court to lower his asking price when he hits the unrestricted free agent market this offseason.

0
0   0
previous On Basketball: With Kawhi, it’s the Spurs who need answers
next Davis, Pelicans on path to NBA’s next small-market success
Related Posts