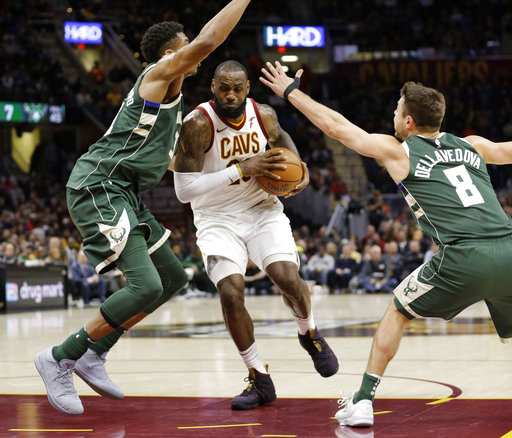 ALBANY, N.Y. (AP) — The NBA and other professional athletic leagues deserve a cut of the proceeds if legalized sports betting expands across the country, a league executive told New York state lawmakers on Wednesday.

Leagues would receive 1 percent of the total wagered on their sporting events under the proposal detailed by NBA Senior Vice President Dan Spillane. He said leagues should also have the right to restrict betting on their events.

“Without our games and fans, there could be no sports betting,” Spillane said in his testimony at a legislative panel studying the prospect of legalized sports gambling in New York.

Lawmakers in several states are examining the issue following New Jersey’s legal challenge to the 1992 federal law banning sports betting in all but four states: Delaware, Montana, Nevada and Oregon. The case is pending before the U.S. Supreme Court. A recent report from Eilers & Krejcik Gaming, which tracks gambling legislation nationwide, predicts that as many as 18 states will introduce bills to regulate sports betting this year.

Giving them a piece of the sports betting pie could create lucrative new revenue streams for pro sports leagues — but would potentially diminish the revenue set aside for public education or government programs.

The NBA once opposed expanded sports betting but now supports robust regulation instead, Spillane said. He said the league would prefer a federal law, but that the NBA cannot “sit on the sidelines” while New Jersey’s court challenge proceeds and other states consider their response.

The league also wants clear rules to protect consumers, and monitoring of unusual betting activity to ensure players or other league insiders aren’t placing bets on their own sport, Spillane said.

Some of the concerns expressed by lawmakers include how sports betting would not take away from the state’s other legal gambling enterprises, such as casinos and Saratoga Race Course. State Sen. James Tedisco — who was a star basketball player in the Albany area during the same era as current Miami Heat President Pat Riley, a native of Schenectady — asked Spillane how the NBA would try to avoid having prop bets that hinge on player performance manipulated.

Spillane said issues like those are among many reasons why the league is proceeding cautiously.

Lawmakers in New York have no plans to vote on any new regulations that would take effect if the federal ban is struck down. But they say they want to study the issue now so the state is ready to act quickly.

The American Gaming Association, a national trade group that represents casinos and other businesses involved in gambling, said it was pleased the NBA is supporting “vigorously regulated sports wagering.” But it dismissed the league’s proposal to share in the profits.

“We can all agree that the 25-year ban on sports wagering has been a failure in every regard,” AGA President and CEO Geoff Freeman said. “Now, let’s get real about eliminating the illegal market, protecting consumers and determining the role of government — a role that most certainly does not include transferring money from bettors to multi-billion dollar sports leagues.”

NBA spokesman Mike Bass said the 1 percent figure is in line with what happens in other countries that have legal and regulated betting.

“Sports leagues provide the foundation for sports betting while bearing the risks it imposes, even when regulated,” Bass said. “If sports betting is legalized federally or state by state, we will need to invest more in compliance and enforcement, and believe it is reasonable for operators to pay each league 1 percent of the total amount bet on its games to help compensate for the risk and expense created and the commercial value our product provides them.”