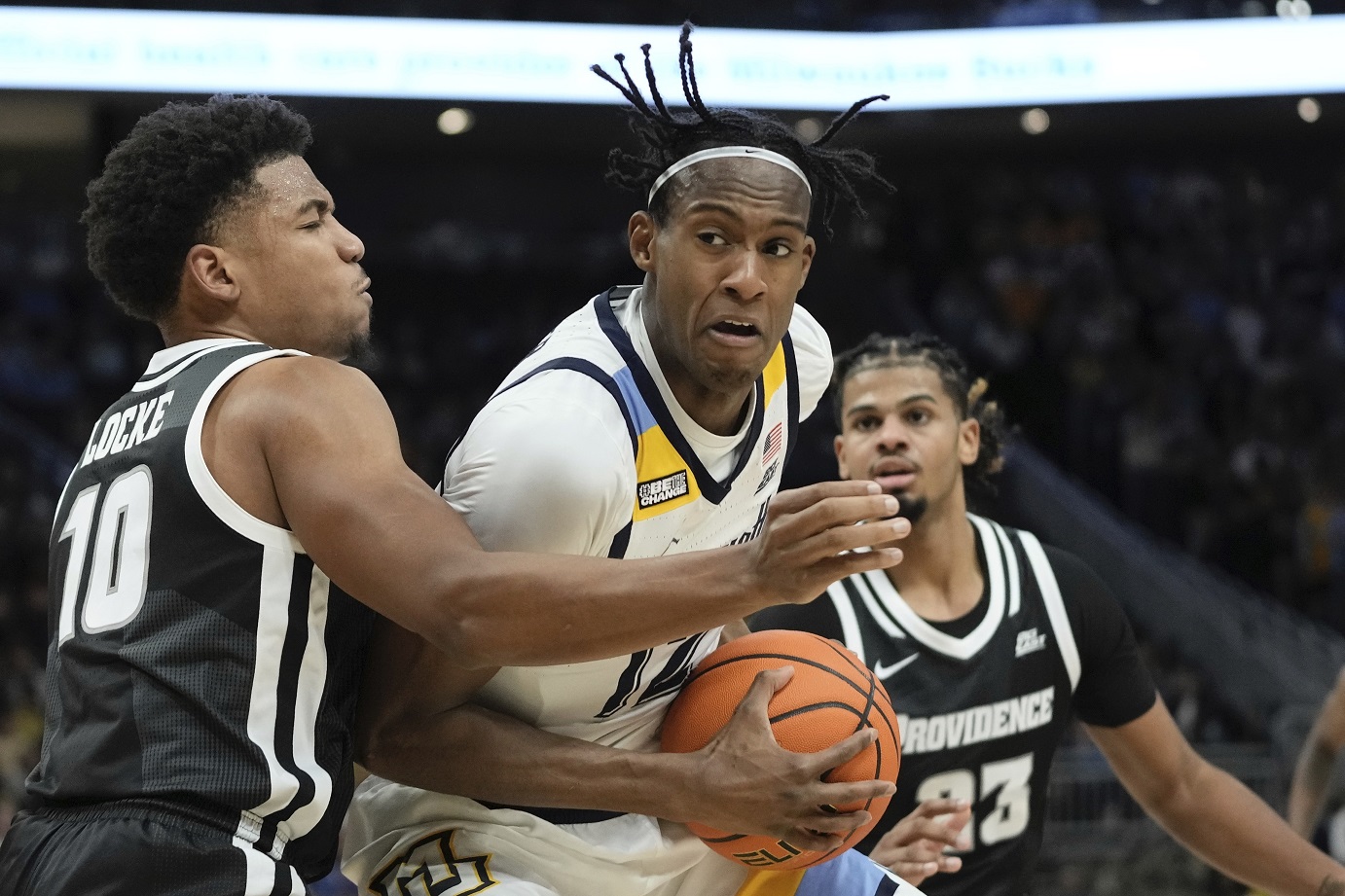 MONTREAL (AP) — For Olivier-Maxence Prosper, the lessons are not just for himself as he inches closer to a potential shot at his NBA dream.

They are also for the 20-year-old Montreal native to share with his 17-year-old sister, Cassandre, who is embarking on a path she hopes leads to the WNBA.

“Growing up, I was trying to be the best role model I can be for her,” he told The Canadian Press. “All the experiences I went through, I just help her so that she could be better, so that her experiences could be better than mine.

“She’s my only sibling and me and her are really, really close,” he added. “I just want to do everything I can to help her basketball journey be the best it can be and to guide her through that.”

Cassandre, meanwhile, is a 6-foot-2 guard for seventh-ranked Notre Dame. She signed with Notre Dame as a 2023 five-star recruit out of the Ontario Scholastic Basketball Association’s Capital Courts Academy and made her Fighting Irish debut on Dec. 29.

The two were born and raised in Montreal by Guylaine and Gaetan, who both played basketball on the collegiate level in the 1990s.

“My parents lived basketball … I live basketball so, it’s been great,” Olivier-Maxence said.

Basketball was something that was “instilled” in the siblings from a very young age.

“Honestly, I always joke around and say that I was brainwashed into playing basketball and loving basketball, but it’s great,” Cassandre said.

For Cassandre, however, her brother’s influence played a major role growing up.

“I think the way I look up to him, … he was such a great player on the court, but the way he conducted himself off the court just made him so great on the court,” she said. “I think what I love about him is that he always understood that I’m his little sister and I’m looking up to him. So whatever he did, he did it with the intention of, ‘I have someone that I’m trying to inspire,’ and he always did things right on the court.”

Marquette coach Shaka Smart says that has played a factor in Olivier-Maxence’s breakout season. He is averaging a career-best 14.0 points and 4.6 rebounds per game, both good for second on the team.

“O-Max has really worked,” Smart said. “Living in the gym, doing extra, spending time with multiple members of our program, getting better and being very, very intentional about the areas where he needs to grow and wants to grow.

“He’s done a terrific job utilizing the experiences that he’s had over his first couple of years of college,” Smart said. “To be an older, more confident, more mature player this year and that doesn’t just happen.”

Olivier-Maxence was a four-star recruit from the NBA Academy Latin America in Mexico, where he played his senior year alongside Indiana Pacers rookie Bennedict Mathurin, also from Montreal. He signed with Clemson before transferring to Marquette for his sophomore season.

Before that, he moved to Chicago at 16 and played at Lake Forest Academy. His high school in Blainville, Quebec, did not have a basketball team. He played for a local Amateur Athletic Union team, Brookwood Elite, before seeking a new challenge.

“That year was really great for me because it helped me mature so much, not only as a basketball player, but also as a young man leaving home early,” he said of Lake Forest Academy. “Having to live on my own and really start maturing and being disciplined to do things on my own.”

Cassandre also left Montreal and moved to Ottawa at 15 to play for Capital Courts.

There, she finished out her career averaging a league-best 25.1 points, while grabbing 13.7 rebounds, 3.1 steals and 2.6 blocks per game and led the team to its first ever OSBA championship in 2022.

“I think her talent is program changing. The future is bright for us with her here,” Ivey said. “She’s kind of getting herself acclimated to the collegiate game, but she makes an immediate impact. … I think for us, she’s going to play a huge role in what we do and that’s exciting for me.”

TOP PHOTO: FILE – Marquette’s Olivier-Maxence Prosper tries to get past Providence’s Noah Locke during the first half of an NCAA college basketball game Wednesday, Jan. 18, 2023, in Milwaukee. (AP Photo/Morry Gash)

0
0   0
previous Rodgers open to possibility of playing elsewhere next season
next Anderson, Stuttley combine for 51, as No. 6 Onalaska beats Holmen
Related Posts