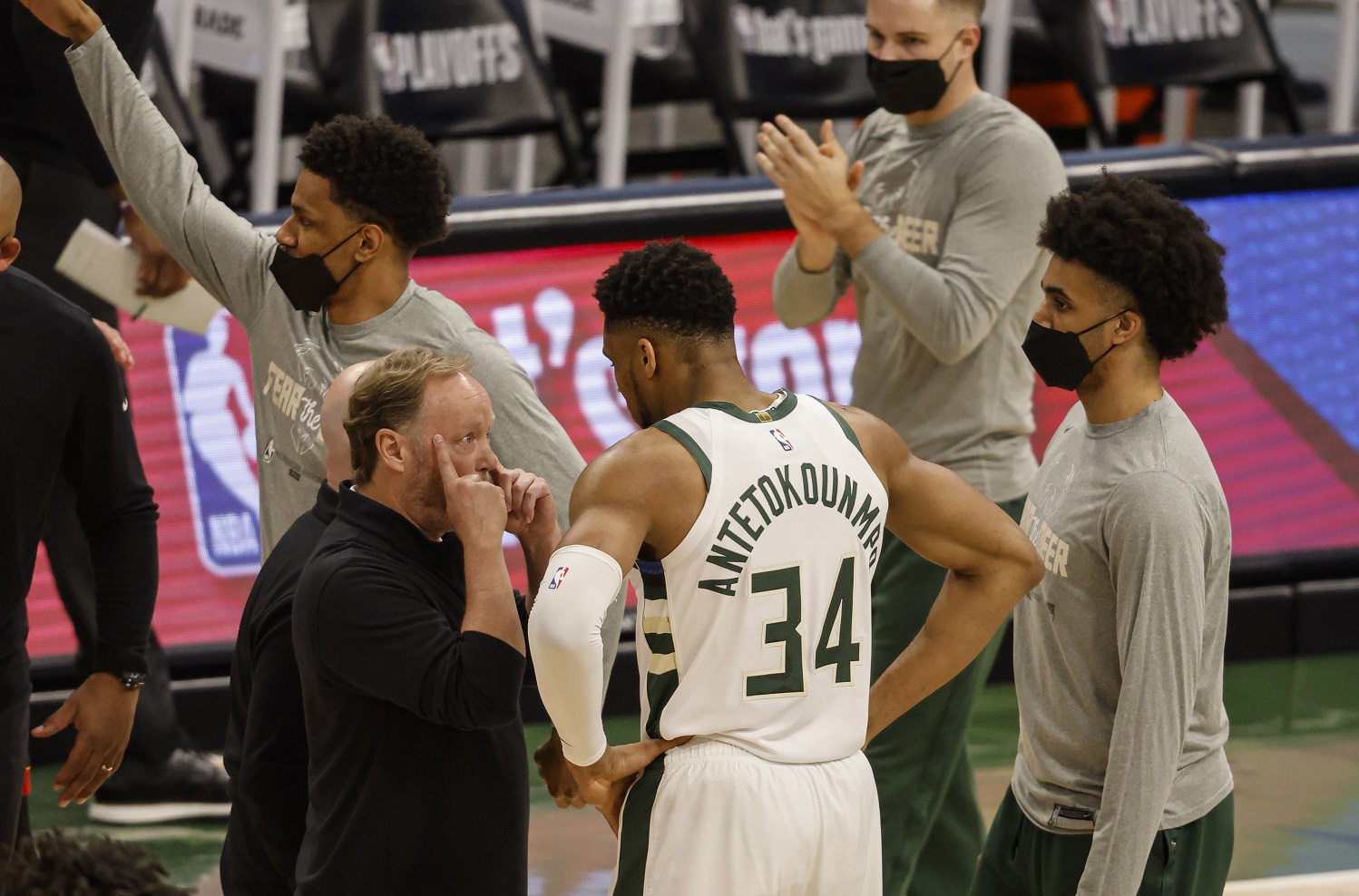 A lot will be made about the Milwaukee Bucks hot start and never giving the Miami Heat a chance in Game 2 of the NBA playoffs Monday.

The Bucks led by as many as 36 points.

Giannis Antetokounmpo was his MVP-like self with 31 points on 12-of-23 shooting, 13 rebounds, six assists, three steals and just two turnovers.

But, two things need to be pointed out, before I go off on the disgruntled losers.

First, Jrue Holiday’s addition shined again. After a quiet 20 points in Game 1, he had a quiet 15 assists in this one. Tied a Bucks all-time record.

Second, playing at Fiserv Forum is important. Milwaukee was 26-10 at home this season — 20-16 on the road. Last year, they had the No. 1 seed but no homecourt advantage. Milwaukee was 28-3 before the pandemic took away home court.

The real test begins on the road Thursday and we’ll see how physical the two teams come out, after what went down in Game 2.

It’s amazing Milwaukee maintained its composure Monday, as the Heat could have seen three or four players ejected for, basically, unnecessary roughness.

Two weeks ago, I was in Cleveland for some reason, took in a Cavs-Mavs game and watched MVP-candidate Luka Doncic get ejected minutes into the second half for less. Trevor Ariza is no Luka Doncic. I was tempted to ask for my ticket money back.

Later, Goran Dragic pulled a stunt on Khris Middleton, pulling his jersey as he fell to get a call, then locking his legs around Middleton’s feet while sitting around the ground — sending Middleton to the ground. Foul Middleton. Dragic deadball technical.

Later Nemanja Bjelica played the goon with a hard foul on Antetokounmpo, and Bobby Portis got a technical coming to his teammate’s defense.

Lastly, Kendrick Nunn got a flagrant for shoving PJ Tucker into Portis, who was shooting a 3-pointer.

Oddly enough, no technicals or flagrant fouls on Dewayne Dedmon, Miami’s leading scorer with 19 points. All he did, after the game was out of hand, was try get any cheap shot he could, hoping for retaliation.

Sure, it’s the playoffs, but when the game is a blowout and, even by NBA standards there’s no chance of a comeback, the head-hunting by scrubs on the losing team trying to get starters on the Bucks to retaliate was getting ridiculous.

What it did provide, however, was the makings of a rivalry. There was already some of that, given Miami embarrassed Milwaukee in the playoffs last year, but now it seems a bit more personal.