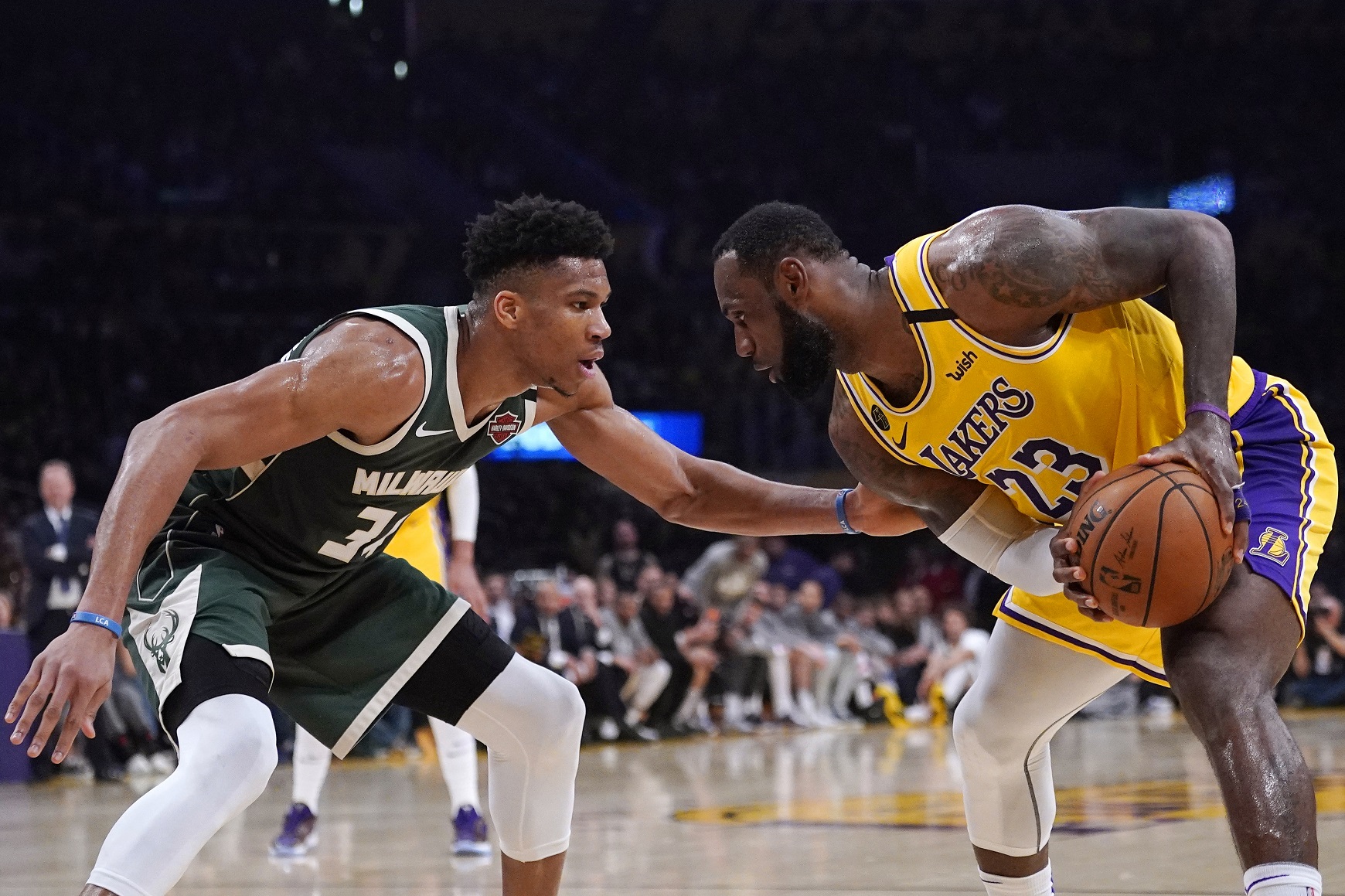 Welcome back, NBA: Here’s 10 things to know about the season

Welcome back, NBA: Here’s 10 things to know about the season

The NBA’s new season started Tuesday with Kevin Durant and the Brooklyn Nets blowing out Durant’s former team in Golden State, while the defending champion Los Angeles Lakers couldn’t handle the revamped Los Angeles Clippers in the renewal of rivals who share a building.

For the first time since March, all 30 NBA teams are playing this week.

When the season resumed in July, only 22 teams went to the NBA bubble at Walt Disney World in Lake Buena Vista, Florida. So, for eight teams — Golden State, Minnesota, Atlanta, Charlotte, New York, Chicago, Detroit and Cleveland — games will be played for the first time since March.

The league has had 30 teams since 2004, and on Monday, NBA Commissioner Adam Silver suggested that it might be time to consider expansion once again. Extra teams would figure to mean extra revenue, and while nothing is imminent — really, it’s years away if it happens — Silver did say that it is something under advisement.

“It’s an economic issue and it’s a competitive issue for us,” Silver said. “So, it’s one that we’ll continue to study, but we’re spending a little bit more time on it than we were pre-pandemic.”

For now and for the foreseeable future, though, the NBA is 30 teams. The first half of the season goes through March 4, the second half starts March 11 and runs through May 16, the play-in tournament goes from May 18 through May 21, the playoffs start May 22 and the last possible date for the NBA Finals is July 22.

All that is pandemic-permitting, of course. Everything is subject to change.

But Opening Night, at least, has arrived. Here’s some of what to know going into this season:

Larry Bird, Bill Russell and Wilt Chamberlain are the only players in NBA history to win three consecutive MVP awards.

Milwaukee’s Giannis Antetokounmpo has a chance this season to join their club.

The Bucks’ star from Greece — and proud owner of a newly signed supermax extension — is already the first two-time MVP hailing from Europe and joined Kareem Abdul-Jabbar and LeBron James as the only players to win the award twice before turning 26.

LeBron James is about at the point where every game he plays creates a new entry in the NBA’s record book.

He entered this season with 995 consecutive regular-season games with at least 10 points scored, the longest such run in NBA history and in position to reach the 1,000 double-digit games in a row milestone when the Los Angeles Lakers play at San Antonio on Dec. 30 — which just happens to be James’ 36th birthday.

The last time James didn’t have at least 10 points in a regular-season game was Jan. 5, 2007, when he was held to eight at Milwaukee.

Stephen Curry played in only five games last season with Golden State, part of the long list of injured players that derailed any chance the Warriors had of being competitive.

Curry returns this season and likely won’t need long to move into No. 2 on the all-time 3-pointers made list. He enters with 2,495, just 65 away from Reggie Miller’s total of 2,560.

Ray Allen holds the all-time mark of 2,973 makes from 3-point range. At Curry’s current career pace of 3.6 made 3’s per game, he would need 134 more games to catch Allen — which means the record could be his in the latter stages of the 2021-22 season.

Houston’s John Wall is scheduled to return to the court Wednesday, in what will be his first game since Dec. 26, 2018.

To put in context how much time he’s missed while recovering from heel and Achilles injuries: Danny Green has appeared in a league-high 158 games since Wall’s last appearance, 114 of them wins; Rockets guard James Harden has scored 4,887 points since Wall’s last game; Nikola Jokic has handed out 1,085 assists (and LeBron James has 1,079 going into Tuesday); and Giannis Antetokounmpo has grabbed 1,664 rebounds.

The Miami Heat are either going back to the NBA Finals or missing the playoffs entirely.

That is, if the trend from the last seven seasons holds true.

Sometime in the coming days — possibly as early as Wednesday, more likely during the Christmas games Friday — someone will make the 500,000th 3-pointer in NBA history, including regular-season and playoff games.

There have been 499,549 made 3’s in NBA history. At last season’s pace of made 3’s, with teams combining for almost 25 per game, the 500,000th would come during the matchup between the Dallas Mavericks and Los Angeles Lakers on Christmas night.

Toronto enters the season with the longest active streak of season-opening wins; the Raptors have started 1-0 in each of the last seven seasons.

Brooklyn is the other end of the spectrum; the Nets have started 0-1 in seven consecutive years.

Popovich is entering his 25th season as coach of the Spurs, a stint he started 18 games into the 1996-97 season. He’s coached 23 season-openers, going an absurd 21-2 in those games. Casey has gone 10-1 in his openers with Minnesota, Toronto and Detroit — with wins in his last seven.

Something to watch this season: how the Los Angeles Clippers handle close games without coach Doc Rivers.

Rivers is coaching Philadelphia now. The 76ers ranked 21st in the NBA in three-points-or-less games over the last three years, going 20-23 (.465). Could Rivers change that? Time will tell.

The team that has struggled most in games decided by three points or less? Dallas. The Mavericks are 12-27 in those games over the last three seasons and lost a league-high 11 such contests last season. As Luka Doncic’s game keeps evolving, as it will, expect that to change.

Miami’s Udonis Haslem — he’s 40, turning 41 in June — is the oldest player in the NBA to start the season, now that Vince Carter is retired.

The youngest player in the league right now is Oklahoma City’s Aleksej Pokusevski. If he plays in the Thunder opener on Wednesday at Houston, he’ll be able to say he debuted in the NBA at 18 — the Serbian rookie doesn’t turn 19 until Saturday.

Pokusevski could become the 28th 18-year-old in NBA history. He won’t come anywhere near the record for games played before turning 19; that one is held by Kobe Bryant, who appeared in 80 games for the Lakers as an 18-year-old in 1996-97, including playoffs.

Sekou Doumbouya played in five games as an 18-year-old for Detroit last season. He was the first 18-year-old in the NBA since Dragan Bender played nine games at that age for Phoenix in 2016.

The NBA doesn’t expect fans to like every call. The league also won’t mind if fans study the rules a bit deeper as well.

A video rulebook site with hundreds of videos that explain the nuances of certain rules of the game has been revamped and relaunched in recent weeks. The league says it offers “a deeper look at some of the game’s most misunderstood rules and violations.”