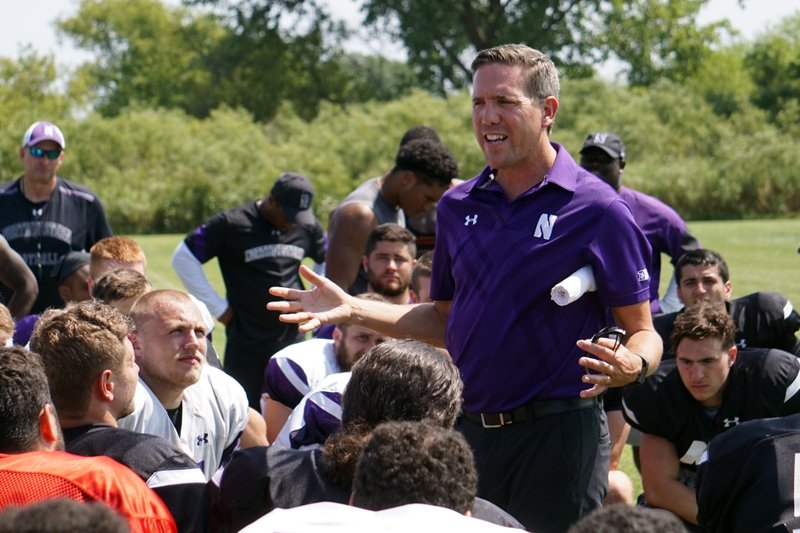 Athletic trainers across the country are changing their routines and joining the fight against the coronavirus pandemic.

The National Athletic Trainers Association has partnered with the Go4Ellis platform on an app aimed at helping trainers assist understaffed hospitals. The app was intended to give health care providers a database to look for help nationwide. More than 950 athletic trainers have signed up over the last week.

Christina Eyers generally oversees about 40 trainers in her role as a director of athletic training in Detroit’s Henry Ford Health System. Most of them are assisting medical staffs in and around Detroit, recently cited as a potential trouble spot in the pandemic.

“My staff has been very eager,” Eyers said.

They do not provide critical medical care. Instead, Eyers said her organization’s trainers have been screening patients, which typically means checking for symptoms and taking their temperatures. Some have helped in shipping prescriptions.

The assistance has come in handy.

“With the surge of patients we’re seeing, we’re taking an all-hands-on-deck approach,” said Robert Albers, a senior sports medicine physician at Detroit’s Henry Ford Hospital who often works with trainers. “I don’t think it matters what avenue you’re normally in. You have to be ready to help out and step up. I really admire everything our athletic trainers have done.”

Tory Lindley, president of the NATA, said athletic trainers are accustomed to working with urgency amid chaotic environments. Eyers added they are calm under pressure from their experience dealing with athletes who suffer sudden acute injuries.

Athletic trainers are health care professionals who are licensed or otherwise regulated to work with athletes and physically active people to prevent, diagnose and treat injuries and other emergency, acute and chronic medical conditions. They’re different from personal trainers, who focus primarily on fitness.

Eyers noted that athletic trainers are licensed health care providers in their individual states and have received national certification as well.

Not all athletic trainers work with athletes. Others work in a variety of different fields that include public safety, the performing arts, rehabilitation centers, corporations and the military.

Lindley said about half his organization’s members work in an athletics environment.

“That’s also the portion of our membership which find themselves separated from their patient population right now,” Lindley said, “so some are looking for things and opportunities like this, where the skill sets match up.”

Albers said athletic trainers helping out in the Detroit area have taken swabs at drive-through testing centers and have transported patients in and out of hospitals and assisted with screenings.

Many trainers haven’t stopped working with their athletes, though they must find different ways to do it.

“A lot of our college and university athletic trainers are working remotely with their athletes who went back home to make sure they’re doing the proper exercises or that they are understanding what they need to be doing right now while they wait for that follow-up appointment,” Eyers said.

0
0   0
previous Call to the wild: Great outdoors an escape in tough times
next The countdown clock is clicking again for the Tokyo Olympics
Related Posts