Home NEWS Kaminsky not good enough for the NBA 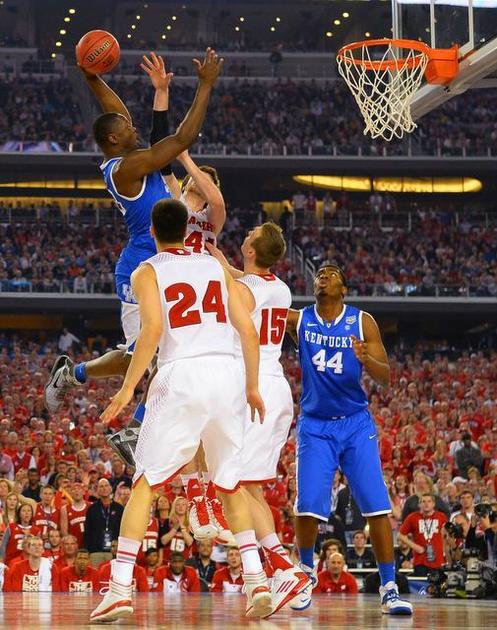 Kaminsky not good enough for the NBA

Kaminsky not good enough for the NBA

I don’t second-guess his decision to return for his senior year.

But part of the reason why Frank Kaminsky said he was returning to the University of Wisconsin is comical.

“… if you look at all of (the NBA) games, there are games when teams get hardly any fans, and it looks flat out boring,” Kaminsky said Wednesday in his blog.

Yes, the NBA will be boring, when you’re the 14th player on the roster, after three seasons in the NBA Developmental League, then only seeing the court in very specialized situations, three seasons after being drafted.

It’s an easy decision to come back to, arguably, the best team in college basketball, when you’re leaving for a league that you’re not good enough have a defining impact in – if an impact at all.

He’s not good enough to get on the court in the NBA. That’s why he’s coming back. I know he’s not going to say that, but to call the NBA boring is naïve.

Instead of just talking about how great one more year at Wisconsin would be, one more year in front of “sellout crowds” and the potential to win it all, Kaminsky has to rip on the league that’s been his childhood dream to play in.

It’s boring and the fans don’t show up? Last time I checked, nobody watches college basketball until March.

Yes, the Badgers are special. Of course he’s coming back. But only because he’s not a first-round pick. It’s not the crowds. It’s the money and ability to get on the court. He’d be a second-round pick and may not even make an NBA roster.

And someone should remind him the Milwaukee Bucks were the worst team in the league and had the lowest attendance. Watch a different team Kaminsky.

Eight teams in the NBA were at 100 percent or more capacity, and 19 teams sold over 90 percent of their games, including the Utah Jazz, who, if I’m not mistaken, weren’t very good.

Wisconsin had its highest attendance average in the history of the program (17,230), which was sixth in the nation and home games have been sold out six seasons in a row.

It’s all relative. And not many non-Wisconsin fans are turning on their TVs to watch the boring Badgers.

But, of course this was an easy decision for Kaminsky. You know, because immediately after Wisconsin lost to Kentucky in the Final Four – Kaminsky, eight points, five rebounds –  he said he was coming back for his senior year.

Then he said he was thinking about the NBA. Then he was coming back. And now the NBA isn’t good enough for him, though he wouldn’t see the court for the Bucks, let alone any other team.

After next year, he won’t be good enough for the NBA. Remember, this is a guy 4.2 points, 1.8 rebounds his sophomore year. Maybe he takes another leap, which will help against the sub-par competition in college, but he has limits when it comes to the NBA.

If nothing else, he’s returning to graduate with his Life Science Communication major to get a job in the real world.