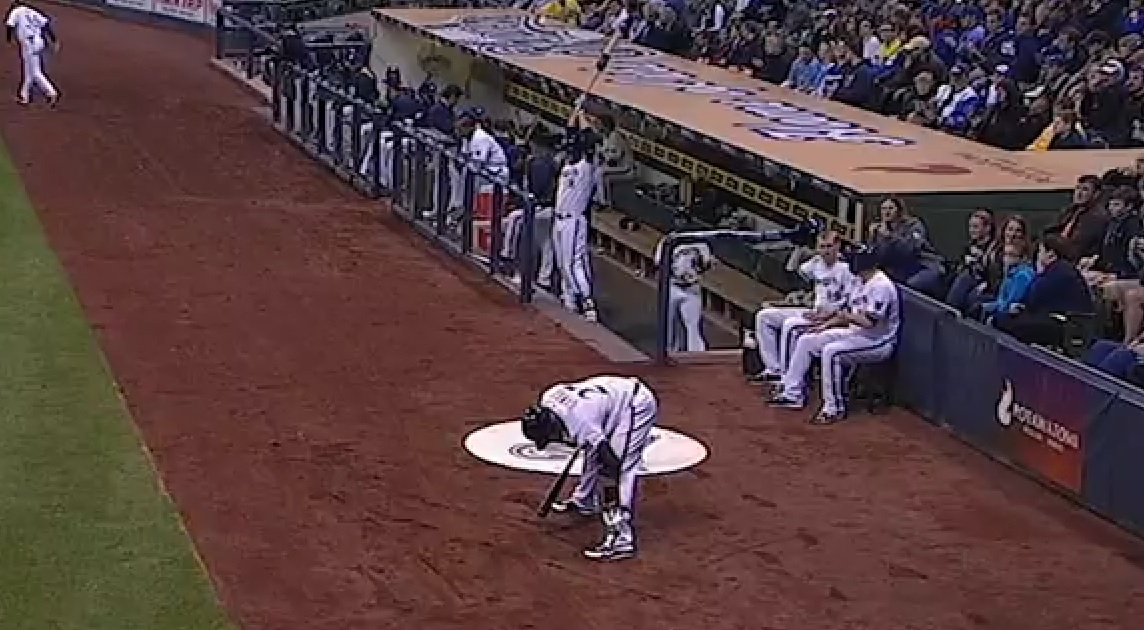 It was one of Ryan Braun’s better hits this season.

For some reason, Braun’s warm-up routine consists of swinging the bat in the dugout entrance, “as he always does,” according to the Brewers’ announcer.

Segura was watching the game, assuming if he’s going to get hit in the head from something, it’ll probably come from the field.

The 24-year-old shortstop was taken by ambulance from Miller Park. Milwaukee manager Ron Roenicke said after his team beat the Chicago Cubs 5-3, Segura didn’t have a concussion or broken bones – just stitches.

“Good news coming back, no concussion, no fracture, but he was laid open pretty good,” Roenicke said. “He’ll have some swelling tomorrow, I’m sure, and then we’ll see how quickly it goes down and how many days it’s going to be.”

Some good news from the injury: Segura’s replacement, Jeff Bianchi, went 2-for-4 with a two-run single to push Milwaukee’s lead to 3-0 in the second over Chicago.

Segura is considered day-to-day, but won’t play Sunday. He’s batting just .239 this season, so, offensively, this may not be much of a blow to the team with the best record in baseball at 18-6.