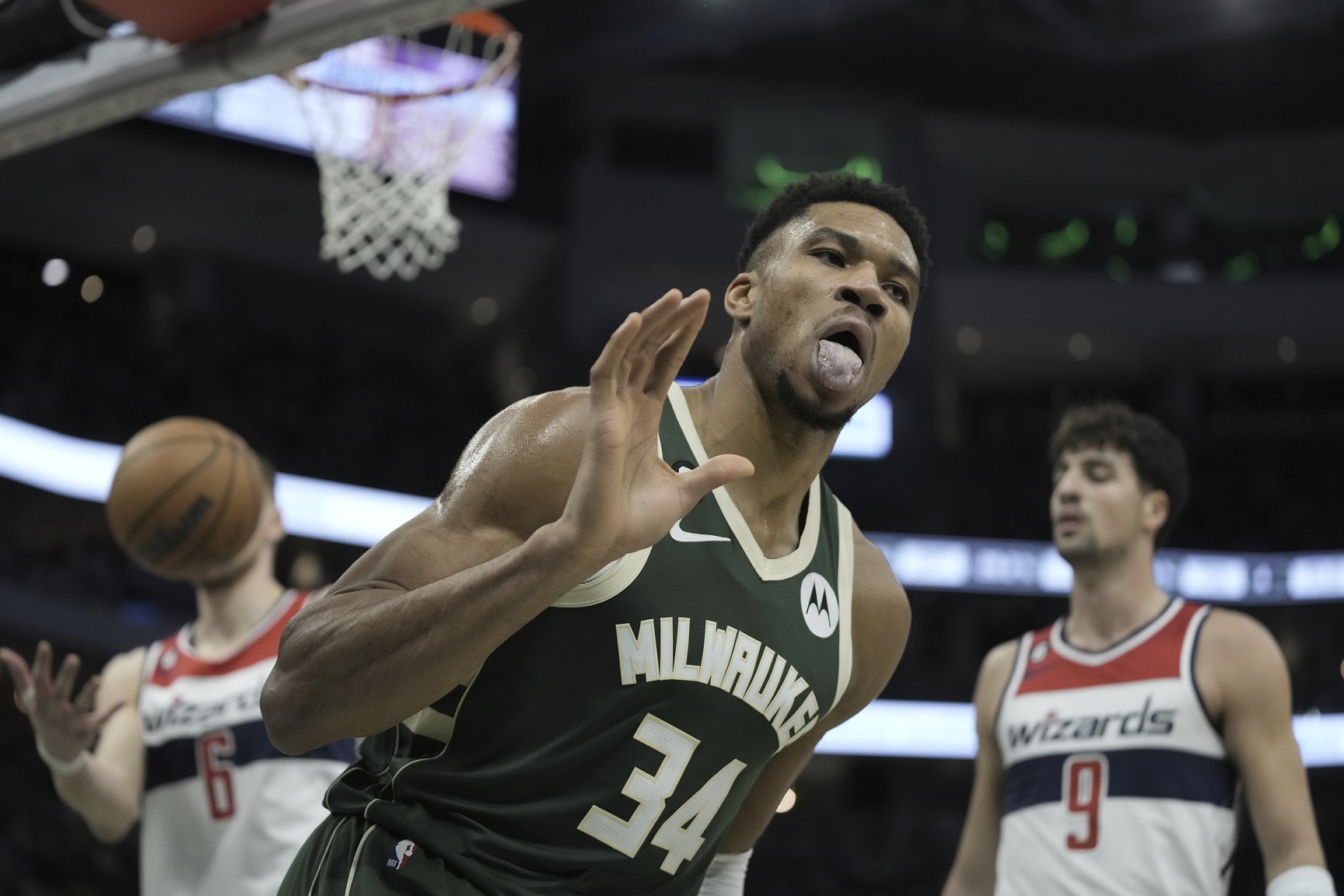 PARIS (AP) — Milwaukee’s Giannis Antetokounmpo has passed Brooklyn’s Kevin Durant for the All-Star Game voting lead among Eastern Conference players, now putting him on track to be a captain for the Feb. 19 game in Salt Lake City.

LeBron James of the Los Angeles Lakers remains the overall voting leader, with 6,506,682 votes. James has been a captain in all five of the NBA’s previous uses of the format where the leading vote-getters from the Eastern and Western conferences get to pick their rosters from the other selections.

James’ teams are 5-0 in All-Star games when he is a captain.

Durant — who was the voting leader from the East at each of the first two balloting updates this year, but has been sidelined of late with a sprained knee ligament — has been the captain as the East’s voting leader in each of the past two years. Antetokounmpo was in the previous two years, 2019 and 2020.

The top three frontcourt players and top two guards in each conference will be chosen as starters, with the leading overall vote-getters from each conference serving as captains and choosing their teams.

Antetokounmpo leapfrogged Durant among East frontcourt balloting, and Boston’s Jayson Tatum stretched his lead over Philadelphia’s Joel Embiid for the third spot in the voting among those players. Tatum had 4,521,414 votes, while Embiid had 4,318,035. The margin a week ago had Tatum leading Embiid by just over 32,000 votes in the race for the No. 3 spot.

Golden State’s Stephen Curry still leads all guards in the balloting, now with 5,151,822 votes. Dallas’ Luka Doncic remained No. 2 behind Curry among West guards with 4,905,655 votes.

Fan voting counts for 50% of the starters balloting, a media ballot counts for 25% and the ballots turned in by NBA players count for the other 25%.

Voting by fans continues through Saturday. The captains and the starters will be announced Jan. 26. Reserves — chosen by NBA coaches — will be revealed Feb. 2. The All-Star captains will then draft their teams, probably in the second week of February.