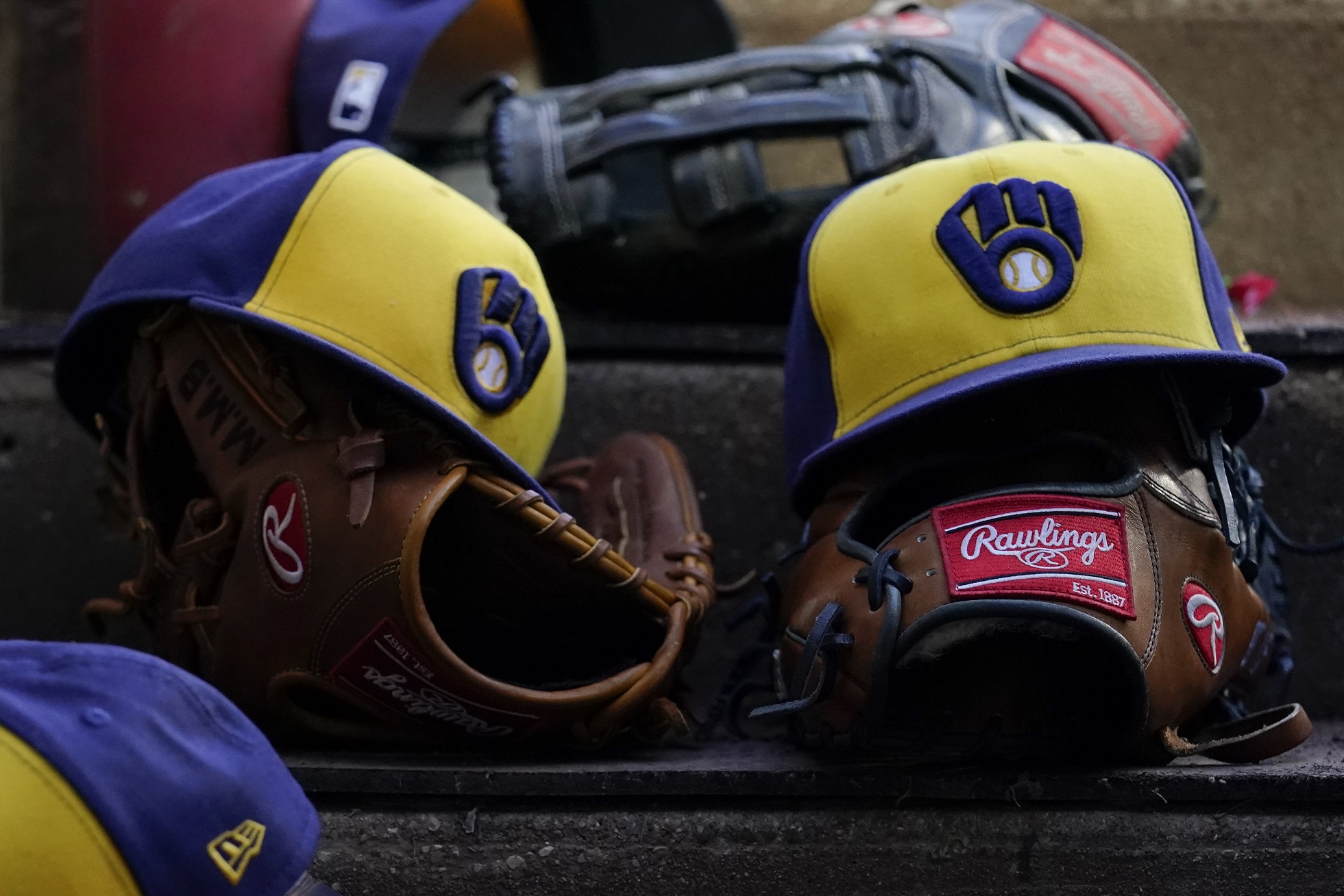 Anthopoulos believed adding one of the game’s top catchers was worth the cost.

“We definitely gave up a ton,” Anthopoulos said Monday. “But we got a really good player back. Getting players like that is hard.”

The Braves added Murphy as part of a trade that sent All-Star catcher William Contreras to the Milwaukee Brewers.

“I had a really nice conversation with Sean,” Athletics general manager David Forst said. “He was not surprised he got traded but surprised to be hearing from me today and where the landing spot was.”

“His bat is something that has the chance to be really special,” Brewers president of baseball operations Matt Arnold said. “The fact that he hit 20 home runs as a young guy and was an All-Star last year at a very young age with a long tail of control is something that we feel really good about. We like the fact that he fits into our lineup immediately and hopefully he’s a Brewer – and a productive one – for a very long time.”

The Brewers also boosted their bullpen with the addition of Payamps, who went 3-6 with a 3.23 ERA in 41 games with the Kansas City Royals and Athletics last season. Yeager spent the 2022 season in the Braves’ farm system.

Contreras had a breakout year offensively for the Braves, but his defensive skills were lacking. That’s why Anthopoulos was so eager to acquire Murphy and pair him with Travis d’Arnaud, a player with similar offensive and defensive strengths.

Murphy and d’Arnaud likely will split catching and designated hitter duties, with the idea of keeping them both as fresh as possible. Anthopoulos said he spoke with d’Arnaud before the trade to make sure he was on board with the decision.

The five-time defending NL East champions have been busy this offseason, also adding depth in the bullpen with a trade for former All-Star reliever Joe Jiménez.

But it looks like any hope of re-signing shortstop Dansby Swanson has largely faded away. When asked about that position, Anthopoulos said he’s open to a deal or signing that would upgrade the position but spent most of his time talking about the two holdovers on the roster, youngster Vaughn Grissom and veteran Orlando Arcia.

“Obviously, that’s the elephant in the room. We’re still open-minded, clearly, but we also have to prepare with what we have now,” Anthopoulos said. “If the season started today with who’s on the roster, it would be a competition between those two. But the season doesn’t start today. If we can make the club better at that spot or anywhere else, we’ll continue to look.”

Oakland added plenty of prospects in the deal along with the 35-year-old Piña, who played just five games for the Braves in 2022 before undergoing season-ending wrist surgery. Forst said some of those prospects are expected to be on the opening day roster.

The A’s have long traded away their key players, so the trade of Murphy is no surprise given the low-budget franchise’s tradition of seeing stars shine elsewhere. Last offseason, manager Bob Melvin departed to become skipper of the San Diego Padres and Oakland traded sluggers Matt Chapman and Matt Olson to the Blue Jays and Braves, respectively, while sending ace right-hander Chris Bassitt to the Mets and lefty Sean Manaea to the Padres.

Oakland finished 60-102 in manager Mark Kotsay’s first year and missed the playoffs for a second straight year following three consecutive berths and an AL West title during the coronavirus-shortened 2020 season. The Athletics had 26 fewer wins than the 2021 team that finished 86-76, nine games behind the division champion Astros.

“We’re constantly in a state of turnover and the whole goal of this franchise and this ballpark search is to not be in that state,” Forst said. “So I think I’ve said before and been pretty open that I don’t enjoy making these phone calls and watching these players who we’ve drafted — the scouting department’s put in the time, the player development staff has put in the time and gotten these guys here and the major league staff develops relationships — those are the players you want to hold on to.

“I’m hopeful that we’re every day getting closer to that time, but in the meantime we’re sort of operating as we have for as long as I can remember and making trades, turning over the roster, bringing in hopefully new talented players and continuing to do whatever we can to try and compete in the big leagues,” he said. “I think I’m not out of line saying that ’22 was really the first year that we haven’t been successful in doing that.”

In another move, the Athletics designated infielder Vimael Machín for assignment.

TOP PHOTO: FILE – Milwaukee Brewers’ hats and gloves rests in the dugout stairwell during the fifth inning of the team’s baseball game against the Cincinnati Reds Friday, June 17, 2022, in Cincinnati. (AP Photo/Jeff Dean)