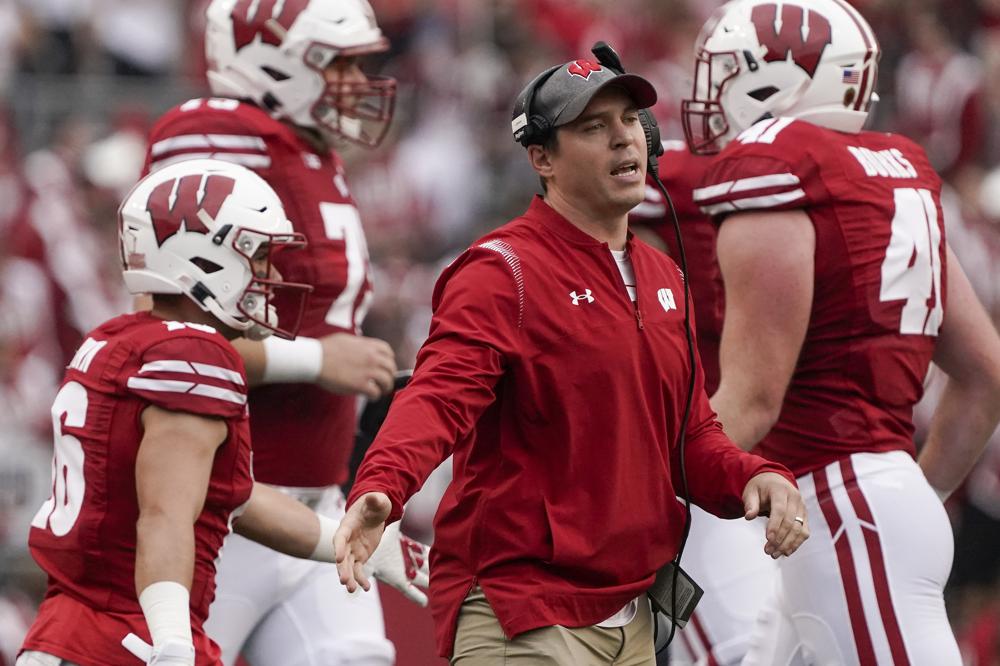 MADISON, Wis. (AP) — Jim Leonhard, who served as Wisconsin’s interim coach for the last seven games of the regular season, says he won’t be back with the Badgers next season.

Leonhard tweeted Tuesday night that he would work as Wisconsin’s defensive coordinator for its Dec. 27 bowl matchup with Oklahoma State but wouldn’t be part of new coach Luke Fickell’s staff next season.

“It has been an honor to coach these young men and thank you to all the fans who supported us along the way,” Leonhard tweeted. “On Wisconsin!”

Leonhard had served as Wisconsin’s defensive coordinator before getting promoted to interim coach after the Oct. 2 firing of Paul Chryst.Leonhard posted a 4-3 record and said he hoped to keep the job beyond this season.

Wisconsin instead hired Fickell, who had gone 57-18 in six seasons at Cincinnati and led the Bearcats to a College Football Playoff appearance last year. Fickell said at his introductory news conference last week that he’d be open to including Leonhard on the staff but added that Leonhard probably would have plenty of options.

Leonhard, a former All-America safety at Wisconsin who played 10 seasons in the NFL, joined Chryst’s staff in 2016 as defensive backs coach and was promoted to defensive coordinator the following year.

“It has meant the world to me to be able to pour my heart and soul into the UW football program over the last 7 years,” Leonhard tweeted.

0
0   0
previous Winona State's Eisner: Making it harder than it needs to be
next Antetokounmpo sets career mark with over 30 points again, as Bucks beat Kings
Related Posts