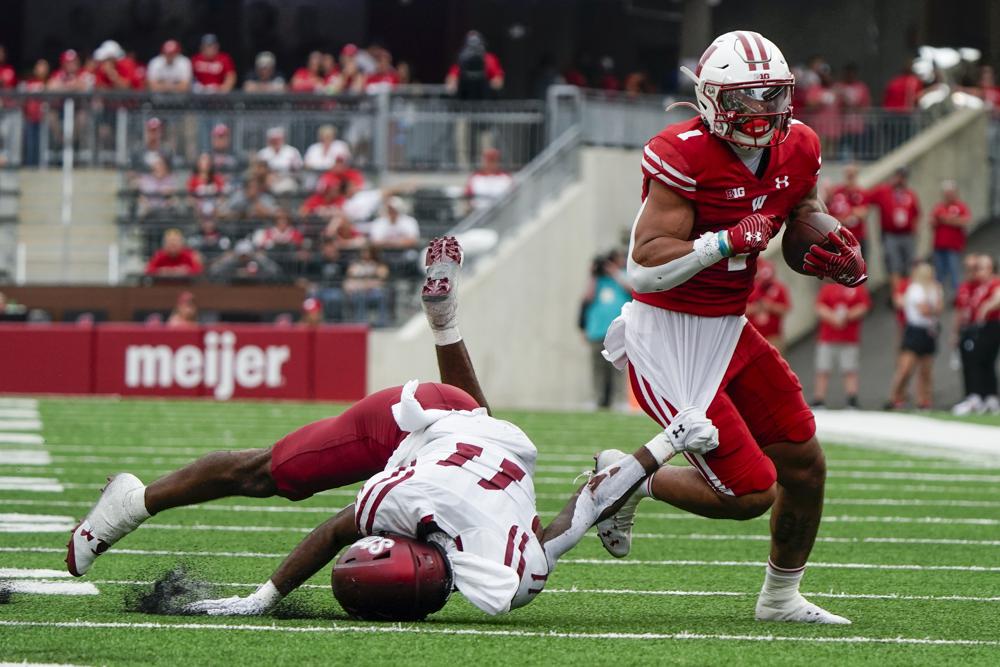 EXPLAINER: How will College Football Playoff expansion to 12 teams beginning in 2024 work?

EXPLAINER: How will College Football Playoff expansion to 12 teams beginning in 2024 work?

The College Football Playoff will include 12 teams, starting with the 2024 season. An expansion plan that was crafted for two years and haggled over for another 18 months finally cleared all the obstacles needed to go from idea to reality.

The CFP announced Thursday that the current four-team system would be tripling in size.

There are still a few more details to work out, like exact dates of some of the games, but college football is two years away from another dramatic change to its postseason.

The 10 conferences that play major college football also run the College Football Playoff. Essentially, the conferences agreed to add eight more teams to the system that has been used to determine a champion since 2014.

There were plenty of delays and disagreements — some downright petty — on the way to consensus.

Flipping the format to 12 with a couple years still left on the original 12-year media rights contract with ESPN that expires after the 2025-26 season required rescheduling of games and unspooling of bowl contracts.

WOW! WHO GETS RICH?

The conferences and schools that share the hundreds of millions of dollars of annual revenue generated currently by the playoff will now be making even more.

Expanding two years before the end of the current contract with ESPN is expected to bring in an estimated $450 million in additional gross revenue.

“ESPN has the opportunity to broadcast these games,” CFP Executive Director Bill Hancock said. “And we’re just into this today, of course, and so we don’t know yet whether they will exercise their rights. We’re just going to have to wait and see.”

That’s unlikely to be a problem.

Currently, conferences of teams that make the CFP earn a $6 million bonus.

All of those figures will go up.

WHAT HAPPENS AFTER THE CURRENT CONTRACT EXPIRES

Everybody involved with the College Football Playoff has expressed a desire to explore having multiple television partners in the next deal, not just ESPN.

ESPN will no doubt still want in. Expect Fox to also bid, and maybe others like NBC, which just added the Big Ten to its lineup that includes Notre Dame.

One projection had the next CFP media rights deal reaching $2 billion annually.

WHERE AND WHEN ARE THE GAMES?

The first round of the playoff in 2024 will take place on campus sites matching teams seeded 5-12 the week ending Saturday, Dec. 21. Exact dates are still to be determined.

The quarterfinals and semifinals will be played in the bowls that have been rotating as hosts of the semifinals in the current format: Rose, Sugar, Orange, Peach, Cotton and Fiesta.

WHAT TEAMS GET IN?

A selection committee will also pick the six best at-large teams, chosen regardless of conference.

To get an idea of what it would look like, using the latest CFP rankings and assuming the current conference leaders win out, Georgia, Michigan, TCU and USC would be the top-four seeds.

Clemson and Tulane would also make it as champions of their conferences.

First-round matchups would be Tulane at Ohio State; Utah at Alabama; Kansas State at Tennessee and Clemson at Penn State.

WILL THE CFP EXPAND EVEN MORE?

Hancock was jokingly asked when the playoff would expand to 16. He laughed off the question, but he did make an important point.

The first two seasons of the 12-team format in 2024 and ’25 will be like a test drive. Thing could look different when new contracts are set for 2026 and beyond. Maybe more games will be played on campus and fewer in neutral site bowl games.

But Hancock said university presidents and chancellors who oversee the playoff and have final say in what it will look like are firmly behind the number of teams and the composition of the field.

“Every one is solid on 12, six, six and there hasn’t been any conversation about changing that,” Hancock said. “I would be stunned if that were changed.”

It would also be stunning if the next playoff contract extends as far out as the last one, so figure the next round of expansion talk is at least six years away.

Follow Ralph D. Russo at https://twitter.com/ralphDrussoAP and listen at http://www.appodcasts.com