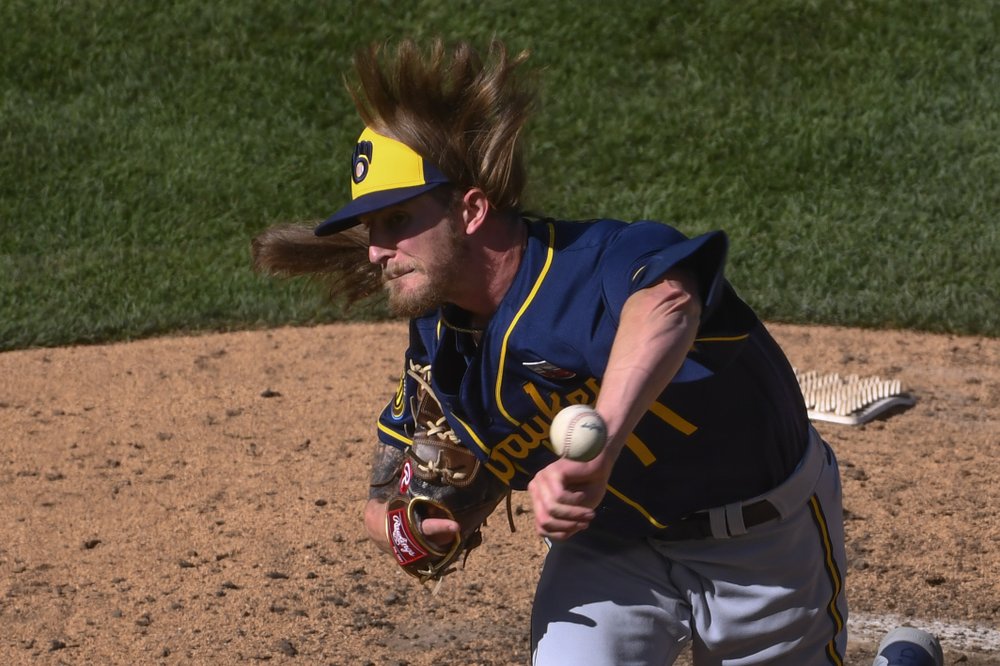 MILWAUKEE (AP) — After racing to their best 50-game start ever, the Milwaukee Brewers believed they could win their first pennant since 1982 and perhaps earn the World Series title that’s eluded them.

They instead failed to reach the postseason entirely.

A team that started out 32-18 went 54-58 the rest of the way to finish a game behind the Philadelphia Phillies in the race for the NL’s final wild-card spot and seven games back of the St. Louis Cardinals in the NL Central. That snapped the Brewers’ franchise-record string of four straight playoff appearances.

“We’ve earned some expectations,” manager Craig Counsell said. “With higher expectations comes a bigger chance of disappointment. That’s the way we want it. We’ve got to live with that.”

A starting rotation that figured to rank among baseball’s best got hampered by multiple injuries. The lineup couldn’t produce consistently. The bullpen struggled after the controversial trade of four-time All-Star closer Josh Hader.

Left fielder Christian Yelich cited another cause: He said the Brewers’ playoff teams all had a clear identity and particular formula for winning games.

“For whatever reason, it felt like we didn’t really have that this year,” Yelich said. “We were obviously trying to win every game we played, but there wasn’t just that feeling of, ‘All right, if we just do this or if we get in this position, we’ll be all right.’ It’s hard to build momentum that way.”

That prevented the Brewers from ever really heating up. Their longest winning streak was five games and came in April. Their last sweep of a series lasting at least three games came in June.

Burnes, who had an NL-leading 243 strikeouts, was the only rotation member not to go on the injured list.

Milwaukee’s bullpen strength made up for those injuries early. Then came the trade that altered the season.

Milwaukee went 1-5 against Pittsburgh and Cincinnati the rest of that week to fall out of first place for good. Outfielder Andrew McCutchen said the Hader trade “moved mountains in the clubhouse” and that “it took time for a lot of guys here to kind of move forward.”

“We kind of spiraled down out of control after that,” McCutchen said. “We had to try pick it back up and keep going – I don’t want to say it felt like it was too late – but we put ourselves in a situation to where we had to catch up as opposed to having the lead and staying there.”

The Brewers hoped the acquisitions of Rogers, Matt Bush and Trevor Rosenthal at the trade deadline would compensate for Hader’s exit. It didn’t work out that way.

Rosenthal, who hasn’t pitched since 2020 due to injuries, had a setback and never appeared in a game. Rogers had a 5.48 ERA and Bush a 4.30 ERA for Milwaukee. Each allowed six homers in 23 innings.

Milwaukee ranked 10th out of 30 major-league teams in scoring but was held to three runs or fewer in 65 of its 162 games. The Brewers lacked the type of hitter who could carry a lineup.

Yelich, 30, filled that role while earning MVP honors in 2018 and finishing second in the MVP balloting in 2019, but he hasn’t come close to matching that production since. He batted .252 with 14 homers, 57 RBIs and a .738 OPS this season after posting similar numbers last year.

Yelich will make $26 million each of the next six seasons, though $4 million of that will be deferred each year.

“As an important part of this team, somebody who’s been counted on and relied on in the past, I have to do better,” Yelich said. “I know that.”

The Brewers’ list of free agents includes McCutchen, Rogers, catcher Omar Narváez and utilityman Jace Peterson. The Brewers must decide whether to pick up a $10 million option on second baseman Kolten Wong.

But many of their best players, including Burnes and Woodruff at the head of the rotation, remain under team control. That makes these next couple of seasons so critical.

“We’ve got a really good core, a really good pitching staff,” Lauer said. “Hopefully we can keep it together and stick together through this and see how next year goes because I think we can make a really solid push.”