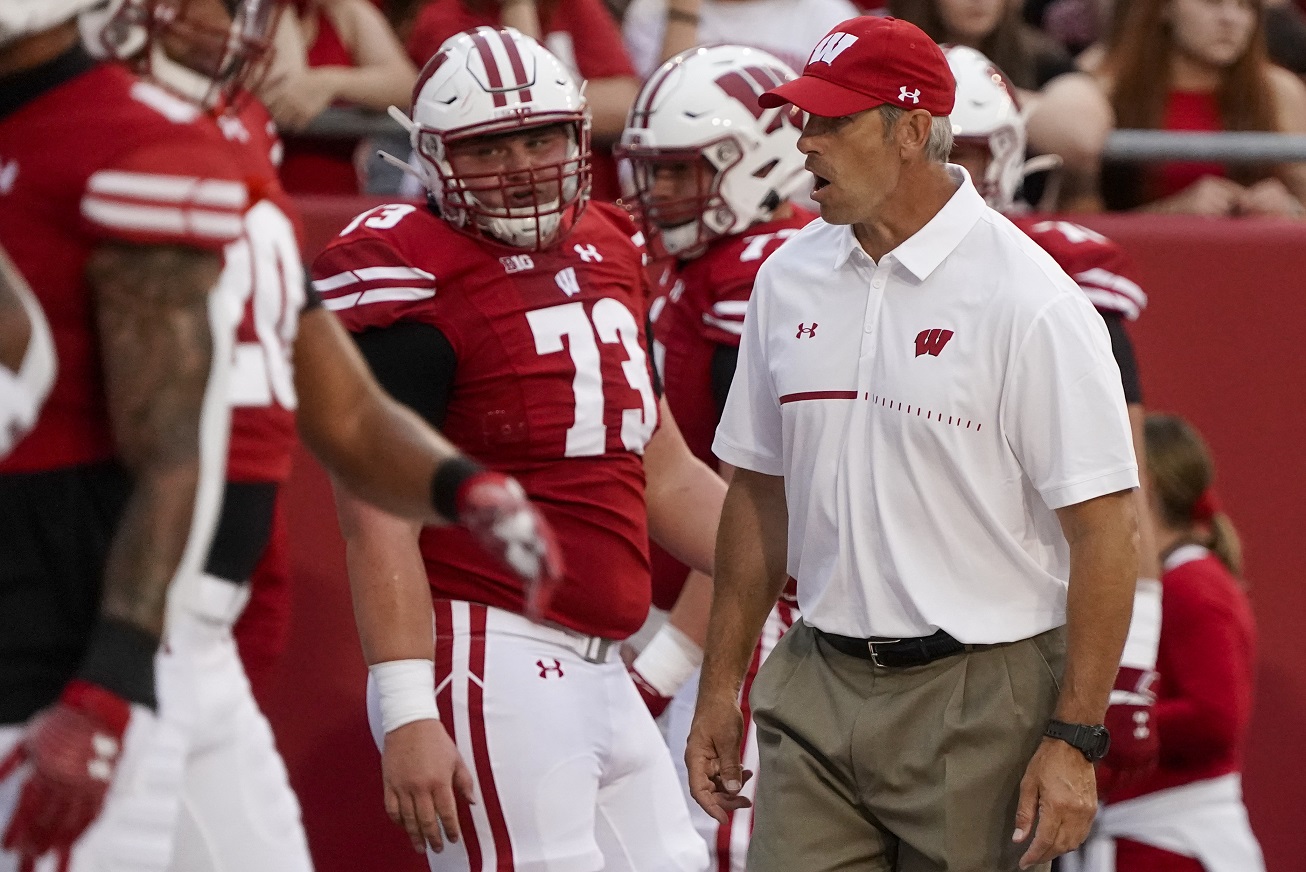 Offense or defense? Some assistants benefit from doing both

Offense or defense? Some assistants benefit from doing both

Abdul Hodge was a three-time, all-Big Ten linebacker who played the position in the NFL and spent the last three years coaching future linebackers at South Dakota.

Yet the former Iowa star now is working on the other side of the ball as he returns to his alma mater and coaches the Hawkeyes’ fullbacks and tight ends. Hodge compares the new assignment to learning a different language.

“Let’s say you speak English, but you want to learn how to speak Spanish,” Hodge said. “There are some Spanish words that sound a lot like words you know in English. The challenges are, well, here’s the new language you’re trying to learn. But you’re able to reference it back to the things you know.”

For instance, Hodge says his background helps him understand why an opposing defense is trying a particular strategy, giving him knowledge he can pass on to his fullbacks and tight ends.

The type of move that Hodge has made isn’t particularly common.

A survey of sports information directors and a study of coaching rosters at all Power Five schools revealed six position coaches who moved this season from offense to defense, or vice versa, though many others made similar switches years beforehand. Four were in the Big Ten, including two at one school.

“It’s really good from the standpoint of, if you’re a defensive coach, you really need to know how an offense would be attacking a defense,” Wolverines coach Jim Harbaugh said. “And if you’re an offensive coach, you really need to understand how defenses defend that same offense. That works both ways, the value to that coach and the value to the unit.”

Bellamy was particularly suited to coach on both sides of the ball because he played both receiver and defensive back at Michigan before focusing on offense. He coached defensive backs at the high school level early in his coaching career, making for an easier transition to his current assignment.

“It has helped me tremendously,” Bellamy said. “When I’m coaching, I’m able to explain why defenses have certain coverages or blitz patterns more so than just saying what their coverages and blitzes are in a scheme.”

The other Big Ten assistant to make the switch this year is Wisconsin offensive line coach Bob Bostad, who coached the Badgers’ inside linebackers from 2017-21. Bostad’s situation is a little different from the others.

He coached Wisconsin’s offensive line from 2008-11 and mentored three eventual first-round draft picks. He was an NFL offensive line coach the next four seasons with the Tampa Bay Buccaneers and Tennessee Titans before spending 2016 coaching Northern Illinois’ tight ends and fullbacks.

Bostad said he had an offer from a different Big Ten school to coach on the offensive line for the 2017 season but instead opted for the familiarity of Wisconsin, which had an offensive line coach in place but needed someone to coach linebackers.

“This was a chance for me to learn the nuts and bolts of the other side,” Bostad said. “It was tremendous.”

When former Wisconsin offensive line coach Joe Rudolph left for the same position at Virginia Tech, Wisconsin’s linemen knew about Bostad’s history and welcomed the chance to play for him.

“His knowledge of defense and offense is immaculate,” guard Tyler Beach said. “Being able to get all that in one coach is incredible.”

Lascari coached quarterbacks at Rutgers for the final eight games in 2019 but moved to defense when Greg Schiano took over the program the following season.

“What happens to a lot of coaches is they kind of get pegged into a role, like, ‘He’s a wide receivers guy. He’s a running backs guy,’” Lascari said.

Although he acknowledged that his own move required plenty of study, Lascari says it has rejuvenated him. Lascari noted that Schiano sold him on the idea that it would provide long-term benefits.

“He kind of alluded to the fact that by having experience on both sides of the ball, it not only helps you as a football coach in the role you’re in, but it also should help your career because it allows you to be a little bit more versatile when certain jobs become open or whatever the case may be,” Lascari said.

Hodge says he’s already noticing a payoff and he joked about the benefits of becoming “bilingual” in his football knowledge.