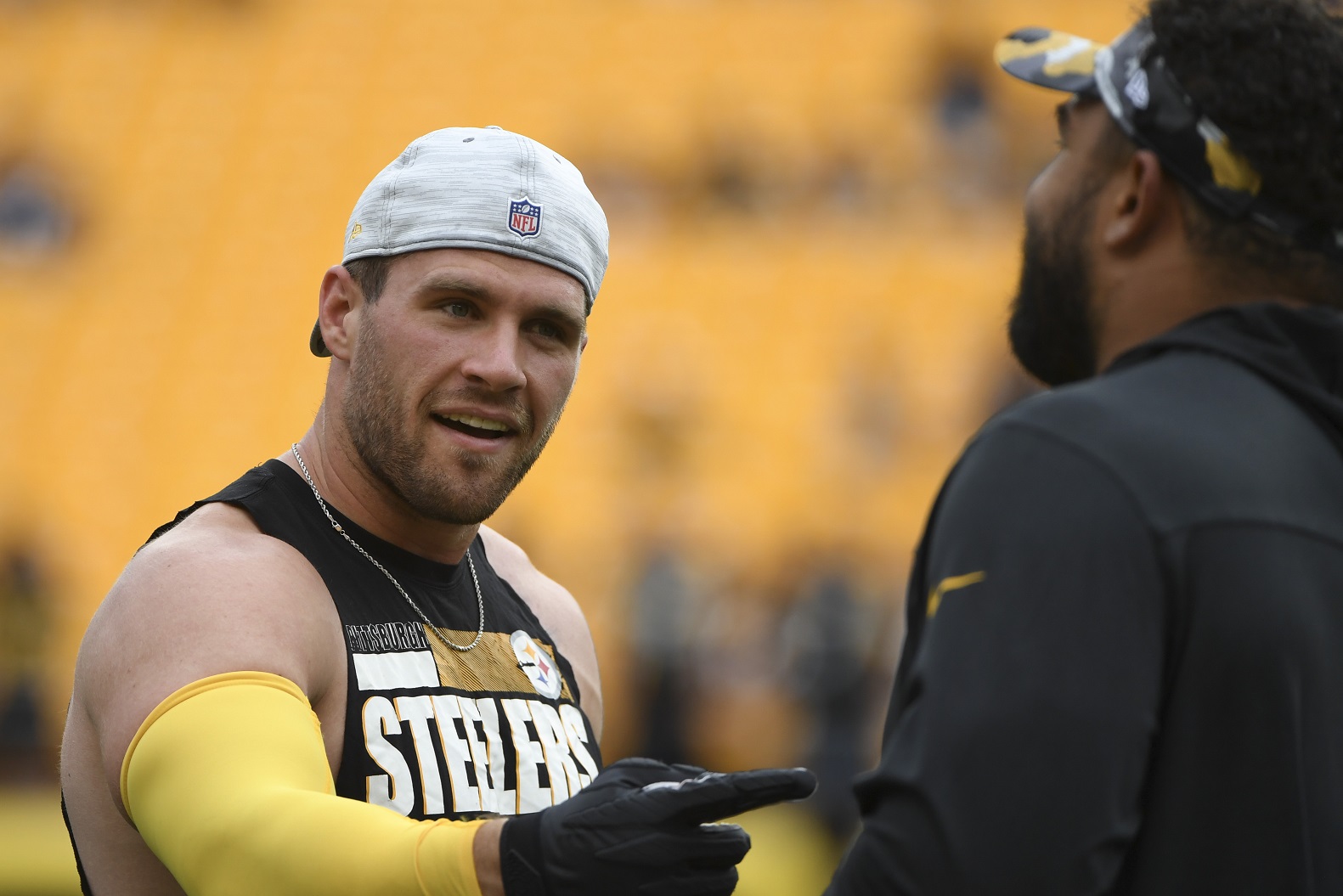 Tomlin said Tuesday the reigning NFL Defensive Player of the Year won’t be available for Pittsburgh’s home opener, but refused to offer a potential timetable on how long Watt might be unavailable and hinted the worst-case situation — that Watt would be lost for the season — is no longer on the table.

“We’re encouraged and we’ll just continue to look at the situation and gain opinions and do what’s appropriate,” Tomlin said.

Watt, from Pewaukee, Wis., sustained the injury late in the fourth quarter of a 23-20 overtime victory over Cincinnati while attempting to sack the Bengals’ Joe Burrow. Watt walked off the field with Steelers physician Dr. James Bradley and went straight to the locker room. He declined interview requests on Monday but appeared to be upbeat.

Tomlin declined to give specifics about the injury on Sunday and remained intentionally vague about the extent of the damage to Watt’s pectoral on Tuesday other than to say “we’re probably in a lot better place than we were after the game. And usually that’s the case.”

The three-time All-Pro had a sack and even snagged his fifth career interception in the opener, picking up right where he left off in 2021 when he tied an NFL record with 22 1/2 sacks.

The Steelers will turn to newcomers Malik Reed and Jamir Jones to fill in. Reed arrived in a trade with Denver on Aug. 31. The Steelers claimed Jones — who played with them briefly in 2021 before being cut — off waivers on Sept. 1.

Tomlin made it a point to take some of the pressure off Reed and Jones, who will fill in for Watt.

Reed and Jones played a combined 50 snaps against Cincinnati, combining for three tackles. Reed is more of a known quantity, getting 15 sacks in three seasons with Denver before being caught in a numbers crunch with the Broncos and being shipped to Pittsburgh.

“Man, Malik is a 700-plus snap defender the last two years,” Tomlin said. “His resume speaks for itself. That’s why we went out acquiring him. He’s a very, very credible NFL player.”

There’s still a chance Watt could be placed on injured reserve, which would force him to miss a minimum of four weeks. Tomlin said the team will take its time to determine whether to take that step, adding that Watt is in the process of getting second and third opinions on the injury.

While Watt is out, second-year running back Najee Harris could play after leaving late against Cincinnati with a left foot injury. Harris appeared to be in significant pain afterward and was seen with his left foot and lower left leg heavily wrapped.

“It’s good to be young, you know,” Tomlin said. “He appears to be in position (to play), but he’s going to have to practice and prove his readiness.”

Pittsburgh’s top backup is Jaylen Warren, an undrafted rookie free agent who ran three times for 7 yards against the Bengals and proved to be an adept and enthusiastic blocker in the passing game.

“He didn’t urinate down his leg and that’s a great place to begin, you know,” Tomlin said with a laugh.

0
0   0
previous Bears turn attention to Packers after Week 1 win over 49ers
next Offense or defense? Some assistants benefit from doing both
Related Posts