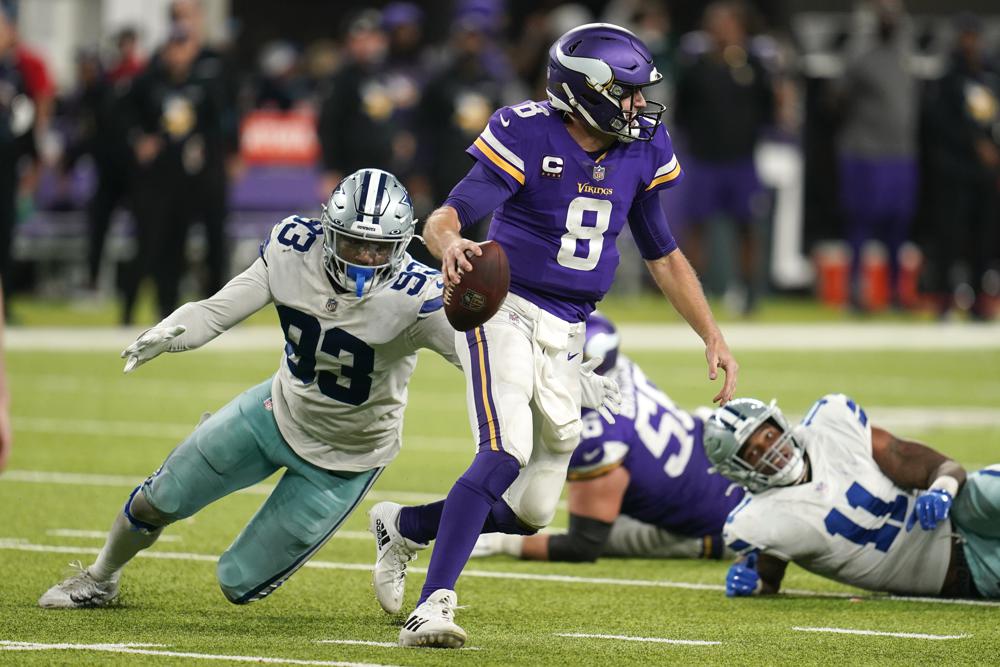 EAGAN, Minn. (AP) — Kirk Cousins was looking for more variety and more fun in his offseason training a few years ago when he developed a deep appreciation for a different sport.

Pickup basketball posed too strong of a sprained-ankle risk, so he turned to the tennis court for inspiration and invigoration.

Then during a conversation at the Pro Bowl with fellow quarterback Drew Brees, Cousins learned that serving not only accurately mimics passing but — because the racket doesn’t leave the hand, unlike a football — acts as a bonus muscle-strengthener for the back of the shoulder.

The two motions are strikingly similar. The hand-eye coordination work can always help. The lateral agility required to go get a ball on the baseline is akin to moving around in the pocket. These are all reasons why Cousins believes his favored summer sport has helped him become more mobile on the field in the fall for Minnesota.

“I’ll never be a Lamar Jackson type, but I think playing tennis is just one way to kind train that instinct of moving and running,” Cousins said before practice Wednesday with the Vikings.

Fueled by his own interest in history and museums, Cousins visited the International Tennis Hall of Fame last month in Newport, Rhode Island.

One of Cousins’ hitting partners from his hometown in Michigan connected him with Andy Murray, John Isner and some other pros who were in town for a tournament.

There’s an unpredictability to returning serves and strokes, too, that can stand as a metaphor for the curveballs that routinely come the quarterback’s way.

There are the pre-snap disguises Cousins must diagnose, even in practice against defensive coordinator Ed Donatell’s scheme. Then there are the setbacks that arise, such as the thumb injury suffered by top tight end Irv Smith Jr. in practice on Monday. The fourth-year player, who missed the entire 2021 season after tearing the meniscus in his knee, had surgery on Tuesday that went as planned and is on a recovery track to return for the opener on Sept. 11 against Green Bay.

Smith’s absence has increased the roles of newcomer Johnny Mundt, returner Ben Ellefson and youngster Zach Davidson, who was drafted in the fifth round last year out of Central Missouri and spent his rookie season on the practice squad.

The 6-foot-7, 250-pound Davidson has exceptional speed for his size and position. The bio trackers players wear during practice and games have clocked Davidson as high as 20.9 mph, Cousins said, leaving him a fraction short of the 21 mph mark that comes with an honorary T-shirt from the strength and conditioning staff.

“I’m never going to see 21 miles an hour, but obviously the fastest guys on the team are going 21. So it’s an elite group, and Zach’s one of those guys,” Cousins said.

“Whenever he gets a vertical route, I know he’s going to be flying because he wants that tracker at the end of practice to say that he went 21. So one of these days we’re going to get him his T-shirt.”