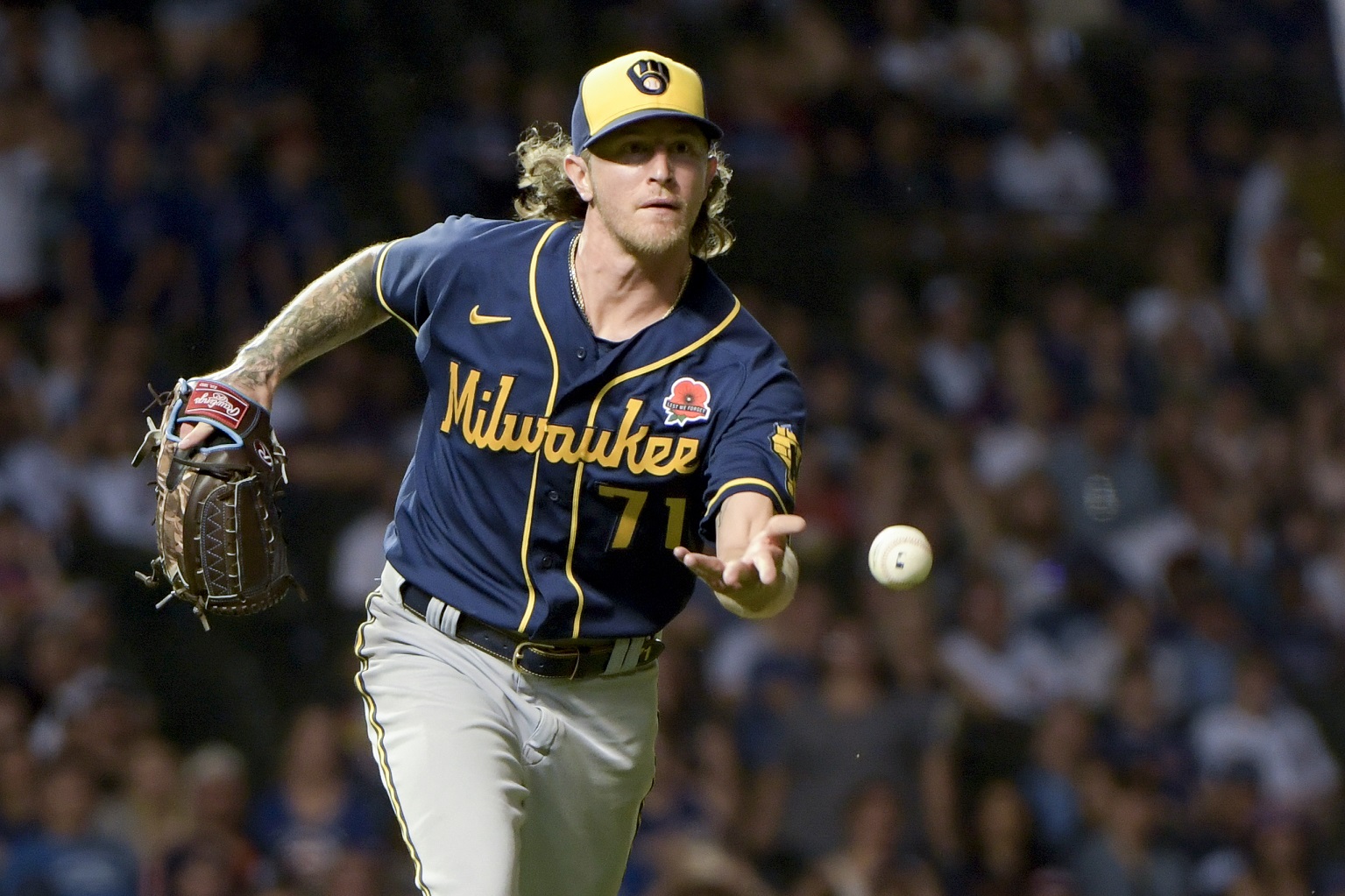 The trade features the two big league saves leaders. Hader has 29 saves while Rogers has 28, though the Padres recently removed Rogers from the closer role after he blew consecutive opportunities in a series at Detroit. The Padres obtained Rogers from Minnesota on opening day.

“The players we are receiving in this trade help ensure that the future of the Milwaukee Brewers remains bright while not compromising our desire and expectation to win today,” Brewers President of Baseball Operations David Stearns said in a statement. “This mix of present major league talent and high-level prospects furthers our aim to get as many bites of the apple as possible and, ultimately, to bring a World Series to Milwaukee.”

San Diego also finalized a $100 million, five-year contract with right-hander Joe Musgrove that starts next year. The 29-year-old Musgrove is 8-4 with a 2.65 ERA in 18 starts this year.

Hader, the NL reliever of the year three times in the last four seasons, has a career-high 4.24 ERA after enduring one of his worst slumps just before the All-Star break.

The left-hander allowed five homers and 12 runs over 4 1/3 innings in a stretch of six appearances in early July, increasing his ERA from 1.05 to 4.50. Hader otherwise has allowed just four runs in 29 2/3 innings.

And hitters continue to have all kind of trouble making contact against him. Hader has struck out 59 batters in 34 innings. He has blown only two of his 31 save opportunities.

Hader, 28, is making $11 million this year and is eligible for arbitration again in the offseason. He could become a free agent after 2023. His gradually increasing salary had raised speculation with each trade deadline that the budget-conscious Brewers might deal him.

This time, they made the move.

“Trading good players on good teams is difficult, and that certainly is the case with Josh,” Stearns said. “We also recognize that to give our organization the best chance for sustained competitiveness, to avoid the extended down periods that so many organizations experience, we must make decisions that are not easy.”

They might have been convinced by the emergence of All-Star reliever and 2020 NL Rookie of the Year Devin Williams, who has 30 consecutive scoreless appearances. The Brewers now have the option of making Rogers the new closer or moving Williams into that role.

The 23-year-old Ruiz has hit well above .300 at both the Double-A and Triple-A levels this season and was hitting .222 in 14 games with San Diego. Gasser, a second-round draft pick last year, has gone 4-9 with a 4.18 ERA at the high Single-A level this year.

The Brewers will assign Ruiz to Triple-A Nashville and Gasser to Double-A Biloxi.

Milwaukee has a three-game lead over St. Louis in the NL Central, and the Padres have a 1 1/2-game lead over Philadelphia for the second NL wild card.

Musgrove has an $8,625,000 salary and was on track to be eligible for free agency after the World Series.

He gets $20 million annually from 2023-27 and in the final year of the deal gets a limited no-trade provision allowing him to block a trade to 13 teams. However, that provision would have significance only if Musgrove has been traded before then — if he remains with the Padres, he would have the right to veto trades starting midway through the 2026 season as a 10-year veteran who has been with his team for at least five seasons.

In addition, Musgrove gets a hotel suite on road trips.

TOP PHOTO: FILE – Milwaukee Brewers relief pitcher Josh Hader tosses the ball to first baseman Keston Hiura for the final out to win the second game of a baseball doubleheader against the Chicago Cubs, Monday, May 30, 2022, at Wrigley Field in Chicago. (AP Photo/Mark Black)