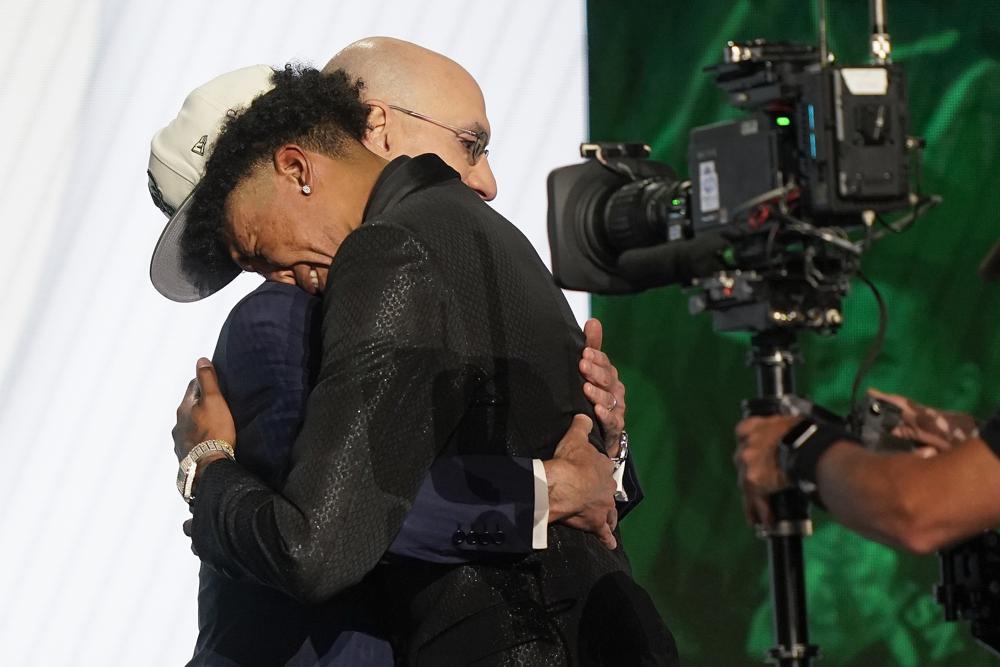 MILWAUKEE (AP) — There was a stretch of homelessness while growing up. A constant shifting from one high school to another. The cancellation of an NBA draft training program due to the pandemic. A year proving himself with a G League developmental team.

MarJon Beauchamp’s journey to the NBA has been fraught with so much adversity, he questioned whether he’d even have the opportunity to get here. At one point, after missing out on the training program, Beauchamp dealt with depression and felt his chances had run out.

“There was a point that I didn’t really believe in myself,” Beauchamp told the media Tuesday. “I didn’t have no opportunities and I wanted to be in the league so bad.”

He cried on draft night when the Milwaukee Bucks took him with the 24th overall pick and received welcoming text messages from Bucks stars Giannis Antetokounmpo and Khris Middleton. But it wasn’t until he arrived in Milwaukee this week, saw his image on a billboard and met with coaches and team personnel that he finally knew “it’s getting real.”

“I think all the adversity prepared me for this moment,” Beauchamp said. “The obstacles I had to go through to get here was a little different from everyone. Getting through the adversity made me who I am today and made me more thankful of my opportunities. I don’t want to lose this opportunity.”

General manager Jon Horst said he was thrilled that Beauchamp remained on the board when the Bucks’ pick came up.

“This is an incredible opportunity for us when you look at the player and the person … and the things he’s overcome in his life to get to where he’s at,” Horst said. “We believe this will be someone who will be a great fit for us both for basketball and from a personality and character standpoint.”

Beauchamp’s humility has impressed Mike Budenholzer, but the Bucks coach stressed that Beauchamp will have to win a spot on the roster and playing time with a team that won the NBA title in 2021, its first in 50 years.

“He’s going to have to come in and earn everything he gets,” Budenholzer said.

The chance to play with a championship-caliber team has Beauchamp excited about landing in Milwaukee.

“It’s a blessing to be in a winning situation and with a winning team because I feel like I’m a winner,” he said. “I feel like I can flourish with this team.”

Beauchamp sees himself fitting in first and foremost as someone with “young energy” who can contribute immediately on defense while providing outside shooting on the offensive end, a sore spot for the Bucks in last season’s playoffs.

“I know there’s a lot of attention on Giannis and I feel like I can knock down that 3-ball in the corner,” he said.

Beauchamp, who credited his grandmother for keeping him focused throughout the challenging periods, said he continues to be motivated by a goal he set some time ago, one that reflects the hurdles he’s faced.

“My goal is to get my mom a house one day,” Beauchamp said.