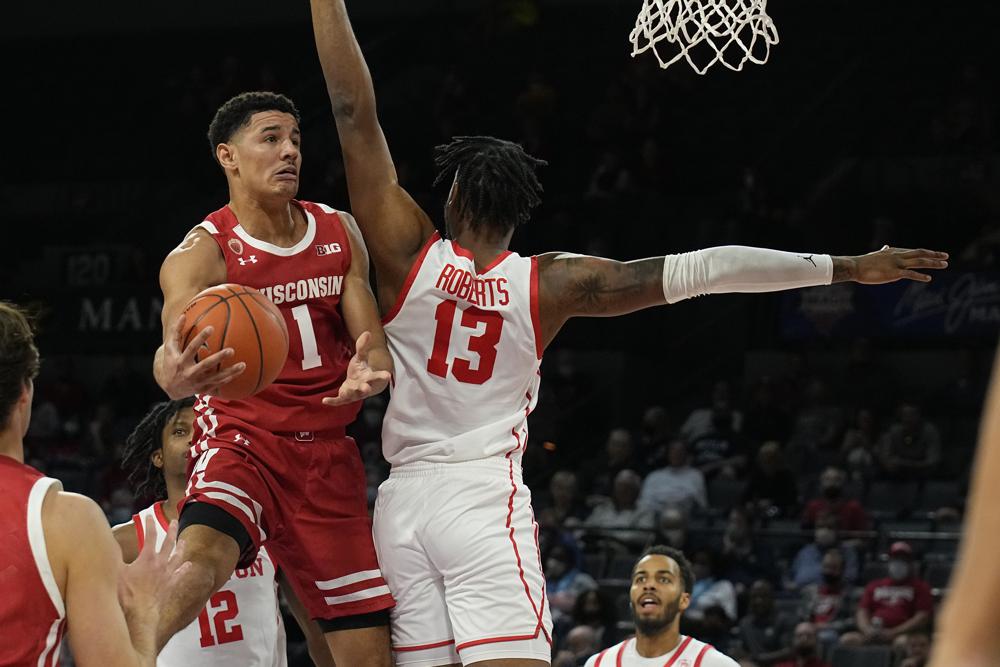 Arizona’s Bennedict Mathurin, Duke’s A.J. Griffin and Wisconsin’s Johnny Davis spent the past season showing off their NBA potential in front of big crowds at the college level, including in the NCAA Tournament.

Shaedon Sharpe ended up taking a different route to next week’s draft.

He never played a second for Kentucky before being a surprise exit for the NBA, yet he could be the first name called among that group of lottery prospects.

Here’s a look at some of the top wing players in the draft:

The 6-6 sophomore blossomed in his second season to become ESPN’s No. 8 draft prospect.

STRENGTHS: Mathurin was a second-team Associated Press All-American with above-the-rim athleticism and a reliable jumper. He averaged 17.7 points while shooting 38.3% on 3-pointers over two seasons. He had a big March moment, scoring 30 points and coming through in the clutch to help Arizona survive an overtime win against TCU in the NCAA Tournament’s second round.

“I took advantage of March Madness to showcase my talent,” Mathurin said Thursday. “And I felt like there was a great chance for me, for people to see what I’m able to do.”

CONCERNS: While his length offers defensive potential, Mathurin could also use more consistency at that end of the floor, with ESPN college basketball analyst Fran Fraschilla noting earlier this year that Mathurin has room to grow with making reads and handling the pick and roll.

STRENGTHS: Griffin, who turns 19 in August, is ESPN’s No. 9 draft prospect after averaging 10.4 points. His stroke was terrific, with the freshman hitting 44.7% of his 3-pointers and tallying a dozen games with at least three 3s. There were also flashes of ability to take over games, highlighted by his 27 points in a February romp against rival North Carolina.

CONCERNS: There’s a limited sample size to evaluate a player who missed most of his last two prep seasons to injuries. He also must develop off the dribble to complement his range.

The 6-5 sophomore went from role player off the bench to unexpected star for Wisconsin.

STRENGTHS: Davis plays with aggression and toughness at both ends. Ranked as ESPN’s No. 11 draft prospect, Davis averaged 19.7 points and 8.2 rebounds to become an AP first-team All-American while proving capable of creating his own shot or looks for his teammates.

His all-around 37-point performance in a road win against then-No. 3 Purdue in January illustrated his upside, with Boilermakers coach Matt Painter calling him “the definition of a two-way player.”

The 6-5 guard has taken an unusual route to the draft after a semester-long stop at Kentucky.

STRENGTHS: He was considered the No. 1 recruit in the class of 2022 before reclassifying and enrolling with the Wildcats in January, with the stated plan of playing the 2022-23 season. Hall of Fame coach John Calipari raved about the Canadian’s athleticism and shooting, with Sharpe showing the ability to finish around the rim, score off the dribble and hit from outside in the prep ranks. Ranked as ESPN’s No. 7 draft prospect, he also measured just shy of a 7-foot wingspan at the NBA draft combine.

CONCERNS: Sharpe hasn’t played since a nationally televised high school game in October, leaving little body of work to evaluate against other top pro prospects after his decision to leave school.

“My last game was high school, so I feel like there is curiosity and mystery with me,” Sharpe said Friday. “But like I said before, I’m just in the gym getting ready.”

— OUSMANE DIENG: The 19-year-old Frenchman spent last season in the Australian National Basketball League’s Next Stars program for elite prospects. Ranked No. 12 by ESPN, the 6-10 Dieng has intriguing perimeter skills as a potential lottery pick. But he must develop his outside shot (27% from 3-point range in the NBL) and add bulk (205 pounds).

— MALAKI BRANHAM: The 6-5 freshman from Ohio State averaged 13.7 points while shooting 41.6% from 3-point range and 83% from the foul line. He could go late in the lottery and is ESPN’s No. 13 draft prospect.

— OCHAI AGBAJI: The 6-6 senior was a first-team AP All-American and the most outstanding player at the Final Four as Kansas won the NCAA championship. Agbaji elevated his game last season to average 18.8 points and 5.1 rebounds while also proving to be a quality defender, making him a first-round prospect and ranked No. 16 by ESPN.

— TARI EASON: The 6-8 sophomore and Cincinnati transfer brought a 7-2 wingspan and the versatility to defend multiple positions to LSU, part of the reason he’s a first-round prospect and ESPN’s No. 17 prospect.

— JADEN HARDY AND MARJON BEAUCHAMP: Both are first-round prospects from the G-League Ignite developmental program for prospects who bypassed college basketball.